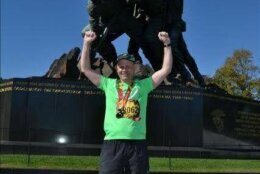 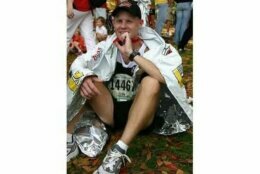 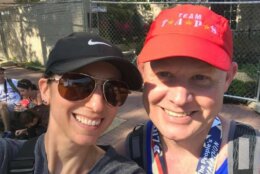 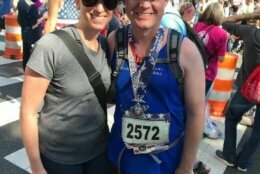 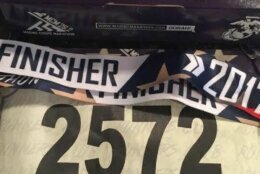 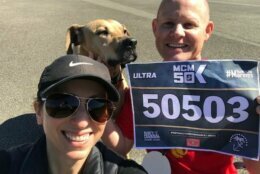 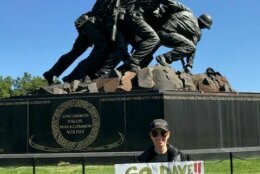 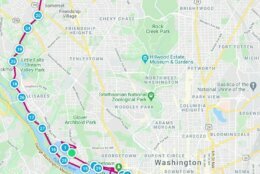 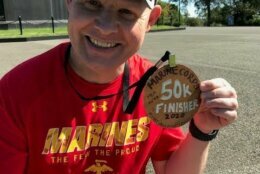 In a normal year, 30,000 people would have converged in the D.C. area to run the Marine Corps Marathon and push their bodies as hard as they can. This year is not a normal year.

Sure, thousands of people will still run the marathon virtually, on the course of their choosing. And some are going to run the 10K, the 50K or the signature marathon event.

But there are some runners who are taking it to the next level and running all three races — the Trifecta, as some call it.

Dave Cook, who lives in Northwest D.C., is one of those running all three races this year.

Cook has done several marathons in his life, none more often than the Marine Corps Marathon. Last year for his 50th birthday, he upped the ante and did the MCM 50K. This year, he’s taking on another new challenge.

“To me, it’s about what the race is about,” Cook said. “Which is taking on a new challenge, really being able to overcome a new obstacle.”

Being able to devise his own course meant that when he ran the first leg of his trifecta — the 50K or 31 miles — he was able to venture into D.C., Virginia and Maryland, which typically is not part of the MCM course.

He started from his home near Georgetown, going down into Arlington in Virginia, and then came  back up the Capital Crescent Trail into Maryland.

“Cap Crescent isn’t great going out,” he said. “If you’re coming out of D.C., it’s a little uphill. But coming down, you feel like a rock star.”

His route also took him around the National Mall, too, because he had to run past markers, such as the Vietnam Veterans Memorial and the World War II Memorial.

And while this year’s race might be a lot different from before, how he finished the 50K, as well as how he will later finish the marathon, will never change.

“You have to finish at Iwo Jima,” he said. “I can’t imagine not. Seeing it above the hill, everybody hates that last hill, but it’s totally worth it.”

From last place to part of a community

If the course he is taking sounds pretty similar to the course people run every year, well, that’s how much he loves the race.

It happened a few miles into the 2014 race. The start of the race summed up his whole year, really. It was his first Marine Corps Marathon since getting divorced; work was stressful; and when he showed up to the starting line for the marathon, he showed up to the wrong one.

“It’s hard to believe that after running it — I ran it first in 2001 — you can go to the wrong start,” he admits. “I always wondered who was the last person to cross the starting line … well, that was me that year.”

For the first few miles of the race, Cook didn’t see any other runners. He admitted feeling discouraged, asking himself, “What am I doing?”

But that’s when his whole outlook and understanding of the race changed. From then on, it wasn’t about finishing ahead of the person in front of him, it was about finishing for himself and for others.

“I was like, I’m just going to be a source of cheering other people on,” Cook said. “This is not about me, this is about everybody else out here. You know, people who have special needs, people who are trying to do their first one.”

Ever since his change in outlook, it’s just been the most fun he’s had.

So while he won’t have that camaraderie this year with other runners, he’s not even going to focus on that aspect.

A nod to the people who help the runners

This was the year Cook was supposed to get married to his fiance, Naomi, who cheered him on throughout the 50K race, making sure to have energy snacks and water for him throughout his run.

She also held signs and helped get random people he was running past to cheer him on, too, before giving him a “50K Finisher Medal” when he arrived at the Iwo Jima Memorial.

“She’s a core part of my ability do to this Trifecta,” he said.

At the start of the year, the couple planned to have all of their friends celebrate with them in May, and then go some place special for the honeymoon. The plans are on hold until next year.

For now, Cook is more interested in what he can do.

“We have still found so much joy in what we do have — and in helping others,” Cook said in an email.

That’s his attitude going in as he prepares to run his other two races this month — first the 10K and then the marathon on Oct. 25 — the day the marathon was scheduled to take place.

“I think a lot of people really feel they need something that’s going to allow them to show that we’re much stronger together than we are apart,” Cook said.

“I really appreciate that. And I love the fact that within the Marine Corps community, so many people just kind of jumped on board and said ‘Trifecta, why not?'” 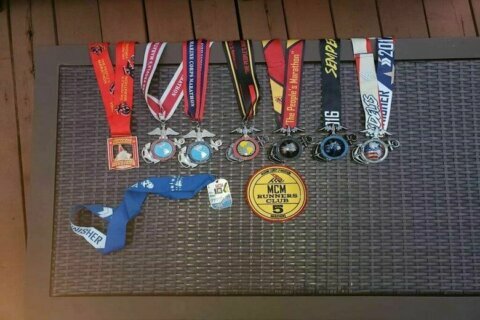