WASHINGTON — When most people run a marathon, the ending is the hardest part.

The combination of all the miles, the blisters that form, and the amount of energy expended make finishing strong difficult for most people when they run such a race. There’s a reason medical personnel are waiting to help people as soon as they finish the 26.2 mile course, in addition to those who are stationed along the course.

But 58-year-old Jimmy Magee, of Conway, Arkansas, is hoping to be the exception to this. The pediatrician is running the race to honor his father, a World War II veteran who died 20 years ago.

“He fought on Iwo Jima, so I was particularly intrigued by the Marine Corps Marathon not because I was in the Marines but because my dad was,” Magee said. “I think it’s unique and especially meaningful to me that this marathon actually ends at the Iwo Jima Memorial. That has a special meaning to me.” 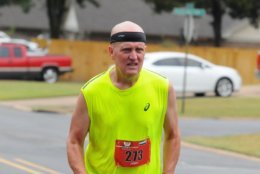 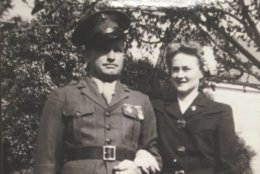 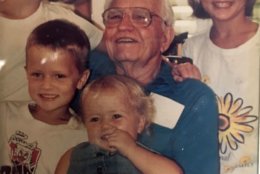 Corporal Kenneth Magee served in the 5th Marine Division, which was part of the invasion of Iwo Jima in 1945. The statue, overlooking the Potomac River, of those soldiers struggling to mount a waving flag atop a hill is an iconic memorial to those who suffered through an especially bloody, and deadly, weekslong battle. Corporal Magee survived it, but just barely.

“I know that his platoon was — I want to say he told me 59 men in his platoon, and I believe nine lived,” Magee said. “He always said that when the landing craft hit the beach, and the tailgate falls on the sand, he said he had one foot on the sand, one foot on the tailgate, and a mortar exploded inside the landing craft. So he was wounded there, and he was wounded one more time before the battle was over. He ended up spending time in a military hospital after the second time.”

Of the three Marine divisions that battled on Iwo Jima, the 5th was the one that suffered the most casualties from the moment it set foot on the island. It’s no wonder that Corporal Magee didn’t seem to talk much about it with his son, something Jimmy regrets all these years later.

Training for the race is hard enough, but the summer and early fall in Arkansas has been hot and humid this year, he said. He admits grueling is the word that applies, but “thinking about the number of hours I’m putting in doing it, it doesn’t even hold a candle to what the soldiers went through and what our dad went through,” he said.

When he runs the Marine Corps Marathon this time, it’ll be the second marathon that Jimmy has ever run. His experience from the first one is that the last mile is “just brutal,” Magee said. “You almost think you can’t make it.”

But he expects this time to be different. The run might finish uphill, but the Iwo Jima Memorial stands behind the finish line; and Magee said it’ll provide him with the ultimate motivation that the finish line at any other race can’t match.

“It’s ridiculous to even compare 26 miles to the weeks they fought in that battle and the number of his friends who were killed. And the fact that he actually survived Iwo Jima is just miraculous.”

“It doesn’t even compare,” Magee said. “It’s not even worth making the comparison of the struggle to run a marathon to the struggle of fighting on Iwo Jima. Hopefully that is the thing that gets me through the last yards of the race.” 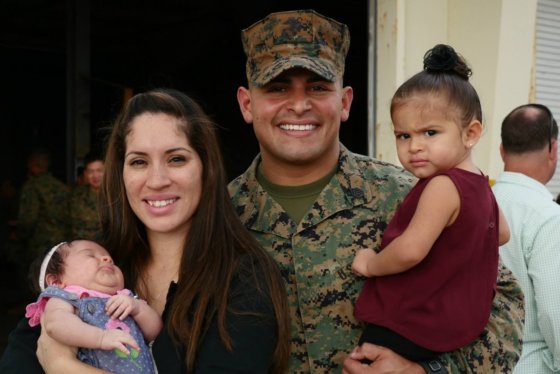 After Florence, a young Marine couple sets out for Marine Corps Marathon

Thirty-year-old Kevin Rodriguez, an active duty Marine, will run his first marathon alongside his wife Susanna. But training for the 43rd Marine Corps Marathon has fallen on the back burner as they have been helping their Jacksonville, North Carolina, neighbors pick up the pieces from Florence’s destruction. 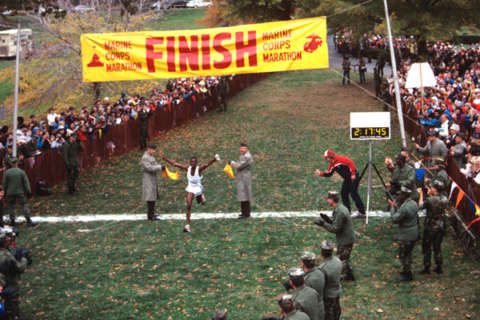 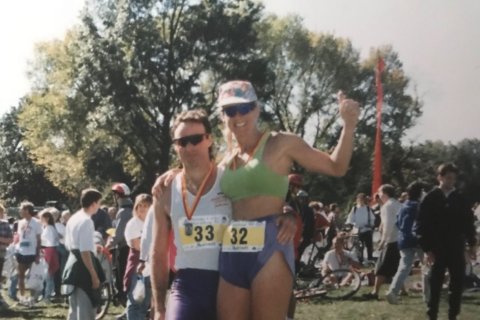