The Oct. 28 Marine Corps Marathon is not just a finish line to 27-year-old Constance Roberts, but one step on her journey of weight loss and running. She has been working up to running a marathon for almost three years, and improving her health and life along the way.
(1/4) 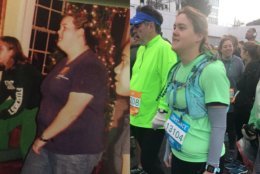 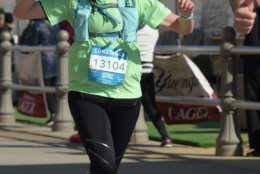 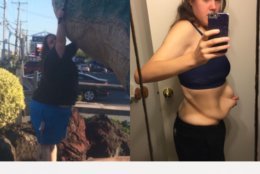 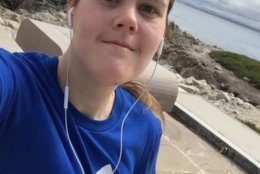 WASHINGTON — If just a few years ago you had told Constance Roberts of Montgomery Village, Maryland, that she’d be running a marathon, and be excited to do it, she probably not only wouldn’t have believed you, she’d probably have called you a jerk or something worse.

Growing up, Roberts was never in great shape and never liked to run. And her peers were never nice about it.

“I’ve always been big, I’ve been big since I was a child,” said Roberts. “I hated running when I was in school. I dreaded the fitness test at school where you had to run a mile. I couldn’t do it. And I was bullied for my weight.”

But things have changed a lot in the last few years.

“About 2 1/2 years ago I lost 140 pounds, so I kind of started my weight loss journey, and I started Couch to 5K which is an app that gets you from no running to 30 minutes of running. And I just fell in love with running … Then once I ran my first 5K, I just decided right there I was going to run a marathon. I didn’t care how long it took me or what I needed to do; I was going to run a marathon.”

And it really has been a journey for Roberts, who dropped about 100 pounds in college, only to gain it all back. So what worked this time?

It started with her motivation. When she was 19, she lost the weight in response to the way others judged her.

But after gaining all the weight back, and losing it again, she’s learned that “you can’t really lose it until the motivation comes from the inside. You have to really want to do it for yourself, not for other people, and I think I just got tired of who I was, being big and feeling unhealthy.”

She started by improving her diet. She also found the exercise that worked for her. Lifting weights is something doctors will often recommend to help lose weight, and Roberts admitted lots of people like to do it, but she just wasn’t one of them. What worked for her was running.

“I love running and I think it’s so important to find an exercise you love to do,” she said.

But developing a love for running is only one of many, many aspects that have changed in her life since the days when she weighed over 300 pounds.

“People treat me differently now [since losing the weight], which is hard,” she admitted. “But there’s upsides too. I just feel better. Everything I do is easier now. I just feel better in my own skin which I think is the most important thing. It should be for you. So I just block out what other people think of me and focus on myself and my own journey.”

Those experiences she had growing up, and the lessons she’s learned from childhood and from figuring out how to get healthy, have also led her to get involved as a volunteer with Girls On the Run, a nonprofit that uses a 5K race to encourage and improve self-esteem in elementary and middle school girls.

“We train them cardiovascularly to prepare for the 5K, but we also teach them life skills, and how to get along with their peers, and confidence skills,” said Roberts. “We have girls of all different sizes, and all different abilities, and we cater to all of them. We want all of them to feel successful. It’s a 100 percent positive atmosphere which is different than what I experienced when I was in school doing the fitness test.”

Now she admits the hardest part, and her biggest worry, is keeping the weight off. Today she’s gone totally vegan with her diet, and she’s more energetic than she ever was before. More than that, Roberts is also totally motivated to stay on the current path.

“I feel more confident in myself for going through the journey and continuing,” she said. “This time around it was very motivated internally. I wanted to do it for me. I wanted to run the marathon for me because I wanted to do something that I thought was impossible for me to do, which totally was. I could never — in my mind there was no way I’ll ever run a marathon when I was 300 pounds. So that goal to do something I thought was impossible for me was my main motivator when I would get up every day.”

She has progressed since her first 5K, going on to run a 10K and running her first half-marathon last spring.

Along the way, the 27-year-old is now down 160 pounds. And whereas most people running in a marathon might think and dream about crossing that finish line after running 26.2 miles, Roberts said she’s already looking further ahead.

“I know that the following day will come, and then I’ll have to decide do I want to run another marathon, do I want to run [even longer races],” she said. “So I think about the marathon, I also know it’s not the end-all, be-all for me. I have more that I think I can do.”

For the thousands of people running, the finish line is a real, physical thing that will be set up on Oct. 28 on an uphill path leading to the Iwo Jima Memorial. For Roberts, it’ll just be part of the journey.

“I think it’s an accomplishment for a goal I’ve had for three years, so it’s huge, right? But I see myself going farther beyond the finish line,” said Roberts. “I don’t know where that is yet.”