Running 26.2 miles is already a challenge, but a flag-bearing veteran and a running juggler take their approach to the Marine Corps Marathon to the next level. See photos and video.
Listen now to WTOP News WTOP.com | Alexa | Google Home | WTOP App | 103.5 FM

WASHINGTON — Running 26.2 miles is already a challenge, but a flag-bearing veteran and a running juggler take their approach to the Marine Corps Marathon to the next level.

Steve Bozeman started carrying an American flag while running the marathon in 1987 to first honor those who served in Vietnam but never made it back. Barry Goldmeier has been running and juggling in marathons for nearly 30 years.

Though the men have decades of experience with their unique running plans, they will make some tweaks to this year’s race.

At 72 years old, Bozeman is making the switch from a 3-foot-by-5-foot flag to smaller flags that he can carry on his body rather than bear in his arms. And 54-year-old Goldmeier, concerned about his injuries, is also worried about what the weather will be like on race day, which will affect what he juggles.

As the men gear up for Sunday’s race, they spoke to WTOP about why they run the Marine Corps Marathon the way they do and what supporters could expect this year. 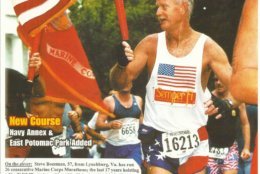 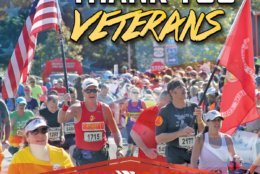 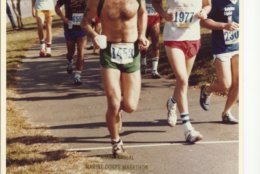 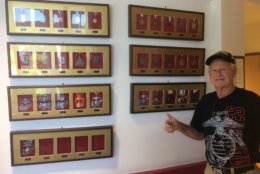 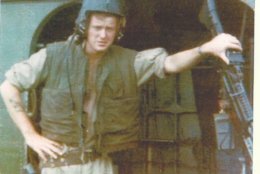 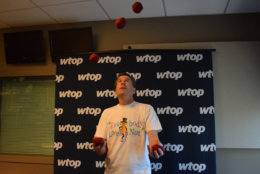 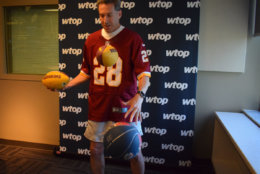 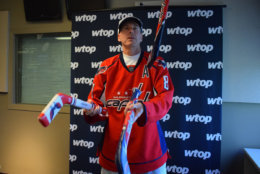 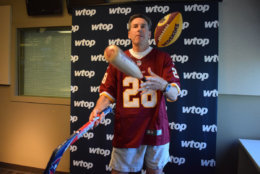 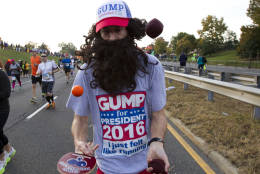 ‘Running was my outlet’

Steve Bozeman enlisted in the Marine Corps in 1966, served in Vietnam and was honorably discharged in 1970. At that time, the Lynchburg, Virginia, resident said there weren’t many long-distance races to join, but he did start running shorter ones, such as 10-milers.

Bozeman marked 1978 as the kickoff of his marathon career.

“When you run, you get endorphins, serotonin, you get all these good feelings — you get the runner’s high. So, when I experienced a lot of that, being a Vietnam vet, a Marine — I had a lot of stresses in my life that I was dealing with,” he said.

“Who heard of counselors back then like they do now? But, I had PTSD and didn’t know it. Running was my outlet, and it helped me deal with a lot of stuff,” Bozeman said.

The Marine Corps Marathon was a chance to reconnect with other Marines and veterans, so it was “just like coming back home,” he said.

But, it wasn’t until 1987 that Bozeman would run with an American flag at the marathon, an idea he got after doing a July 4 triathlon, where runners were given small flags in the last mile of the run. He first carried the flag during a Virginia 10-miler.

“I carried the full American flag the whole way, and I just felt so glad to be able to run and do that,” Bozeman said. “And then, later, I did the Marine Corps [Marathon] and kicked off that with a fellow Marine of mine from Lynchburg who was also wounded in Vietnam. So we wore our Purple Heart medals around our necks the whole way, carrying the Marine Corps flag and the American flag.”

The addition of a brass eagle on top of the flag pole added weight, as did the flag’s gold fringe, Bozeman said. But, because of his triathlon experiences, Bozeman said his shoulder strength from swimming helped him carry the weight.

“So, when I ran, it was kind of like running with a water bottle,” he said.

This year, though, he’s making a change. At 72, he said he just wants to make sure he gets to the finish line.

“I’m a little slower now, ” Bozeman said. “I’m not real, real slow, but I don’t want to miss the opportunity to finish another Marine Corps Marathon, so I’m just going to put two small flags on kind of a backpack — one being an American [flag] and one being Marine Corps — and I can still run with that and still have a good pace and finish this year’s Marine Corps Marathon.”

“The Marine Corps Marathon is still my most favorite race,” Bozeman said. “Hopefully, I can make 45 and, the good Lord willing, I’ll make 50. We’ll see. I’ve been able to keep my health. I still do triathlons; I still bike and run and swim.”

Over the years, especially after 9/11, Bozeman said he’s seen an increase in the number of runners who carry flags.

“Looks like it’s going to continue for a long time. So, it’s sort of a good time for me to phase out and retire and let these younger runners carry on the torch,” he said.

‘It’s a way of connecting with people’

“I guess, in the last 30-plus years, it’s almost always juggling when I run,” Goldmeier said. “Sometimes, it might be dark out and I can’t really see and then it gets too hard to do. There are cases like that, but I’m basically trying to juggle whenever I run.”

Goldmeier said he got his start at a juggling festival in Baltimore in 1989.

“Five or six years later, I did my first marathon, and that was Marine Corps Marathon,” he said.

When he started out, Goldmeier stuck to the basics: three bags, no tricks and short distances. But, as he continued to run and juggle, he started adding more elements, from soft hockey sticks to costumes.

“Right now, because the Capitals won the Stanley Cup, I wear all this Caps gear and I juggle the hockey sticks,” Goldmeier said. “I dressed as Forrest Gump; I had the beard and the hat. And the year before that, I was Tom Brady with deflated footballs and I had his mask. I’m not really trying to make any point. I was just trying to be funny.”

Goldmeier has also juggled and dressed up as Santa Claus in some December races.

And though he’s juggled the Caps sticks a lot over the summer, Goldmeier said the weather can affect his juggling.

“It gets really hard to juggle them in the wind. I don’t know if people really realize that. They’re light,” he said.

Sunday’s weather will affect what he juggles.

“If it’s not windy, it’ll be the Capitals sticks. I’ve been waiting all my life to do that after they win the Stanley Cup,” Goldmeier said.

“This year and last year, I’ve been kind of injured, so I don’t know if I’ll be doing that again. I still like it. It’s fun,” Goldmeier said.

For Goldmeier, he said it’s hard for him to talk about what he does since it’s something that people need to just see for themselves. Still, running and juggling has helped build connections.

“That’s something I really like about it; it’s a way of connecting with people,” Goldmeier said. “I’m not too worried about going really fast or anything like that.” 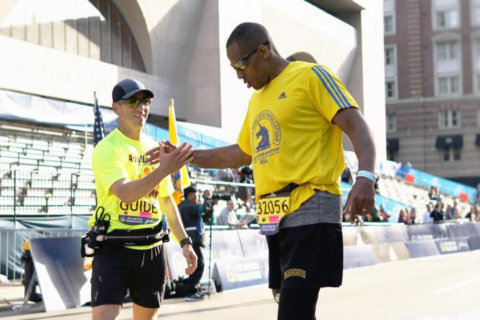 Army soldier raising money to honor friend by betting on himself 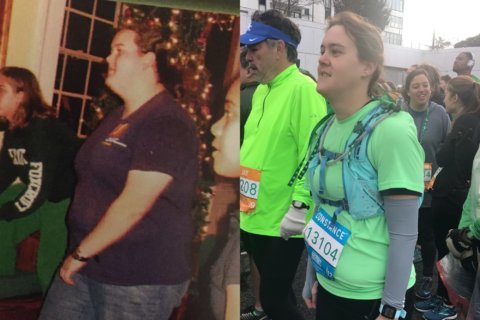 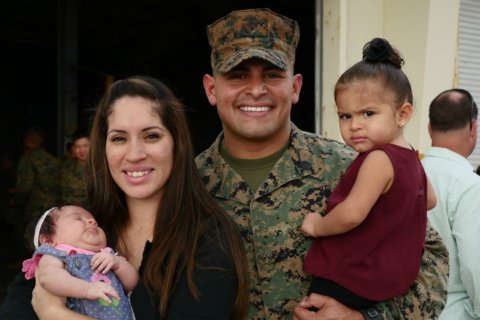 After Florence, a young Marine couple sets out for Marine Corps Marathon