While Loudoun County Public Schools hasn’t released the independent review it commissioned to review its handling of two sex assaults by the same student at Stone Bridge and Broad Run high schools, Superintendent Scott Ziegler told the school board that safety and discipline changes have been made to avoid a recurrence.

In the midst of scrutiny, concerned parents, politicization, threatened lawsuits and the juvenile court proceedings of the now-15-year old boy, the Virginia school system has been slow to detail steps being taken that could prevent a student charged with a sexual assault in one high school from being transferred to another high school.

The 15-year-old — who was found guilty of two counts of sodomy in a May 28 incident at Stone Bridge High School and a separate incident on Oct. 6 at Broad Run High School — will remain on supervised probation in a locked juvenile treatment facility until his 18th birthday. Last week, Judge Pamela Brooks reversed her initial decision to require the boy to register as a sex offender.

As part of Ziegler’s “Update on School Board’s commitment to creating a safe, welcoming and affirming environment” on Tuesday, the superintendent provided some specifics on a process LCPS has implemented to enable the school system to place the student in an alternative high school, rather than a general population high school.

“Starting in October, we looked at our serious discipline interventions, and how they were moving through the system,” Ziegler said. “We’ve put in a system where a recommendation for long-term suspension” comes from the student’s school.

“The student and their family are afforded a due-process hearing, where both the school and student and their family are allowed to present evidence and have a dialogue with a hearing officer,” Ziegler said. “That hearing officer then has the option to institute the long-term suspension, but to have the long-term suspension served at the North Star School, in an alternative placement.”

The North Star School — an alternative and adult education center located in Leesburg — opened in fall 2021. The LCPS Alternative Education program was previously located in the Douglass School, which is undergoing renovations, and will eventually house the school system’s English Learners, Head Start, STEP, and Child Find Programs.

“We have been successfully placing students at the North Star School for discipline placements since early October,” Ziegler said.

Tom Marshall, a school board member from the Leesburg District, asked Ziegler: “I assume those began shortly after the situation with regard to Stone Bridge and Broad Run High School? I’m just wondering how well you’ve kept up with the appropriate staffing for these students now being sent to the North Star School in Leesburg?”

Ziegler said the school system has made plans to continue the alternative placements: “The FY 22 budget included contingency positions for the North Star School, in anticipation of changing our discipline process, so we are well-equipped to handle the students that are being sent there.”

In addition, Ziegler said the school system plans to discuss its Memorandum of Understanding with the Loudoun County Sheriff’s Office to see if any tweaks are required.

In October 2021, Ziegler said he would propose changes to the MOU “to ensure school discipline and criminal investigations can happen simultaneously.”

At the time, Ziegler said although the school system “complied with our obligations” regarding sexual assault of students under federal Title IX, he called that process ”insufficient” and suggested several reforms.

“I appreciate Dr. Ziegler’s recent efforts to improve the safety and security of our students, and I look forward to continuing to work with the School Board to revise our policies on sexual harassment, discrimination, and assault,” said school board vice-chair Ian Serotkin, of the Blue Ridge District.

Over the weekend, Loudoun County Supervisor Caleb Kershner threatened to withhold funding for Loudoun County Public Schools unless the school system releases the law firm report it commissioned to investigate the system’s handling of two sexual assaults, involving the boy that Kershner’s law firm, and he personally represented. 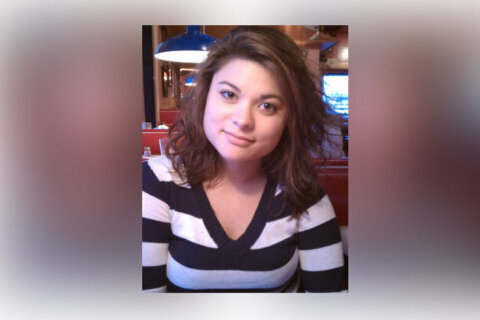