Ronald Roldan, charged with murder in the 2011 disappearance of Bethany Anne Decker, has asked all judges in Loudoun County, Virginia, Circuit Court to recuse themselves, since two were county prosecutors involved in his investigation.

While it is fairly common to request that a particular judge recuse himself, in Roldan’s motion to recuse filed Tuesday, public defender Lorie O’Donnell asked “this Honorable Court to be recused from this case and have a judge outside of this jurisdiction appointed for the proceedings and trial of the case.”

Roldan was indicted in December on a charge of second-degree murder. According to charging documents, he was the last person to see Decker — who was five months pregnant — in their Ashburn apartment on Jan. 29, 2011.

While Roldan has been the only named person of interest for almost a decade, he was not charged in connection with Decker’s disappearance until Nov. 2020, shortly before he was due to be released from a North Carolina prison, after nearly killing a girlfriend, Vickey Willoughby.

Judges in the 20th circuit try cases in Loudoun, Fauquier and Rappahannock counties.

In addition to the two judges, the current Chief of Staff for Loudoun County Circuit Court, Alejandra Rueda, was employed by the prosecutor’s office, “and instructed the lead investigator as to what was needed in the case in order for a prosecution to go forward,” according to the defense motion.

The current lead staff attorney for the county’s circuit court bench, Eric Pohlner, was also employed in the prosecutor’s office.

Roldan’s attorney does not impugn the judges or staff members: “The cornerstone of the American judicial system is the right to a fair and impartial process. To that end, a judge must diligently avoid not only impropriety but a reasonable appearance of impropriety as well.”

Roldan has a status hearing set for Thursday, in which the motion for recusal will likely be discussed. 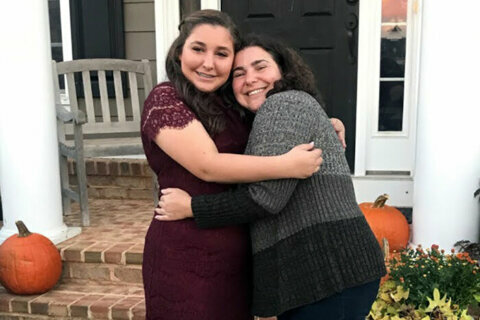