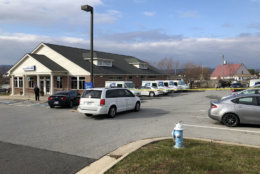 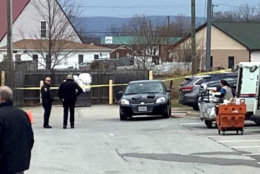 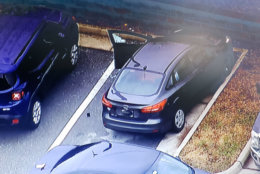 A Postal Service special agent shot and wounded another Postal Service employee in a post office parking lot in Lovettsville, Virginia, Wednesday morning, in what federal authorities described as an “agent-involved” shooting.

The shooting happened just after 9 a.m. Wednesday at the post office on North Church Street in downtown Lovettsville, a small town of about 2,000 people in northern Loudoun County.

The postal employee who was shot was taken to the hospital with injuries that were not believed to be life-threatening, according to the Loudoun County’s Sheriff’s Office.

The special agent who fired his weapon works for the U.S. Postal Service Office of the Inspector General, according to Agapi Doulaveris, an office spokeswoman. She said the officer was involved in “a critical incident … which resulted in the agent discharging his firearm and shooting a Postal Service employee.”

The IG’s office investigates waste, fraud and misconduct and its special agents are sworn federal law enforcement officers who carry firearms and can make arrests.

However, it’s unclear why the special agent was at the Lovettsville post office Wednesday morning or what led to the shooting. Neither the agent nor the employee who was wounded have been identified.

In a news released issued Wednesday evening, the sheriff’s office said it would investigate the shooting alongside the IG’s office.

“As this is an ongoing investigation, no further details are being released at this time,” the sheriff’s office said in the statement.

Video footage from NBC Washington’s helicopter Wednesday morning showed a car with what appeared to be a window shot out and the post office parking lot cordoned off.

Below is a map showing the location of the post office:

Masks off for some Loudoun Co. students