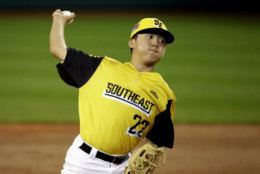 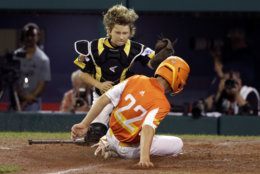 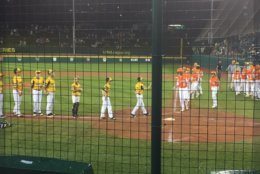 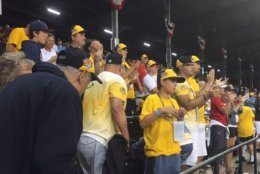 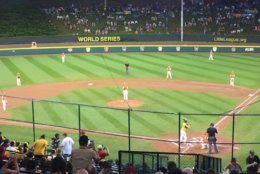 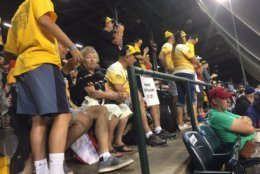 After nearly an hour of rain delay, Loudoun South lost to the team from Louisiana 10-0, failing to get a hit, and ending their run in the Little League World Series.

When Louisiana’s lead reached 10 runs by the bottom of the fifth inning, the game ended. The so-called “mercy rule” calls for a game to end if the winning team is ahead by 15 runs after three innings of play or 10 runs after four innings played by the trailing team.

Loudoun South coach Alan Bowden said during a new conference that he is very proud of his team, based in South Riding, Virginia.

“It’s been a long road; we’ve been together for over 80 days, and I never dreamed we would get here,” Bowden said.

Faced with a talented pitcher,  Marshall Louque, Bowden said he knew his team would have to play a really good game — playing well defensively, trying to scratch out base hits and running the bases well, while hoping Louisiana might make mistakes.

When they were down by eight runs, Bowden reminded his squad they had scored the same number of runs in a single inning in previous games, and that the game was far from over.

“Obviously with that team and that pitcher, it’s a steep hill to climb. But the [Loudoun South] kids never give up,” Bowden said.

He said that it can be difficult to tell a group of 12-year-olds to keep their heads up after being 10-runned in a semifinal. But he said, “They have nothing to hang their heads about.”

Bowden thanked the Loudoun South community and the county for the support shown to the team.

“I cannot say enough how important it was to our run, to our kids. It’s just a phenomenal community,” he said.

Bowden said when the boys are 25 or 30-years-old, he thinks they will look back every year and watch the Little League World Series with a lot more passion and interest and think, “We were there, and we did well.”

“It’s been a dreamlike run, and I’m very proud of them,” Bowden said.

Louisiana will next take on Hawaii on Saturday in the U.S. championship game. The winner will face either Japan or Curacao in Sunday’s Little League Baseball World Series Final.

WTOP’s John Domen contributed to this report from Williamsport, Pennsylvania. 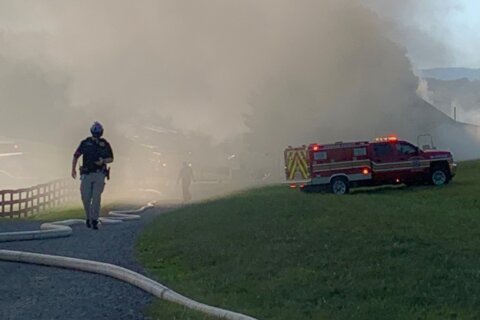