Growth in Loudoun County has led to a free fall. The area’s newest attraction is an indoor sky diving facility. See pictures and video of WTOP's John Aaron learning to skydive.
(1/8) 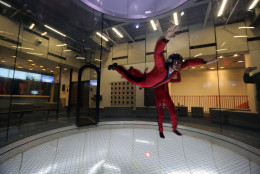 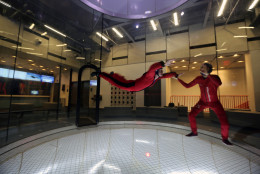 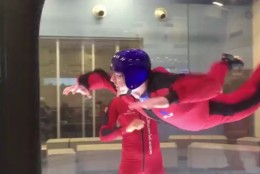 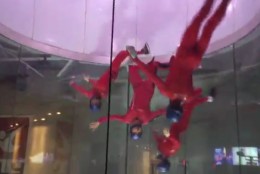 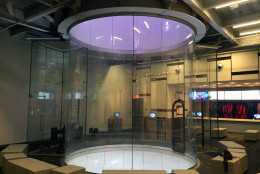 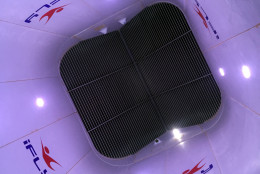 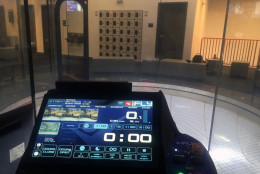 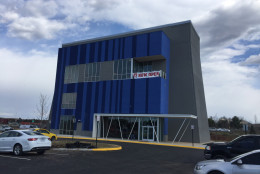 ASHBURN, Va. — Growth in Loudoun County has led to a free fall. The area’s newest attraction is an indoor sky diving facility.

“What we essentially replicate is the free fall portion [of sky diving],” says Operations Manager for iFLY Loudoun Trevor Gibbs.

The facility, which opened to the public this week, uses four powerful fans to force air up through a 14-foot-wide cylindrical flight chamber.

“The wind just kind of supports you so you’re almost like floating, flying your own body,” Gibbs says.

At iFLY, a safety class is provided. An instructor goes over hand signals and proper body position. The instructor also guides the customer in the chamber.

Flight suits, a helmet, goggles and ear plugs are provided.

General Manager Terrance Jenkins says prices start at about $80 for orientation and two, one-minute sky diving sessions. He says that’s more time in the air than an actual sky-dive — for less money.

Those as young as 3 years old can take part.

For an extra $10, fliers can get what’s called a “high flight” where the air speed is turned up, briefly shooting the flyer and instructor 15 to 20 feet higher.

While flight chambers, also known as vertical wind tunnels, are not new, technology has allowed them to operate much more quietly, in turn allowing them into more areas without objection from the community.

The company bills itself as having 37 locations around the world.