More than two years after the pandemic turned downtown D.C. into a ghost town, businesses that rely on foot traffic are still feeling the effects. Except those in the business of luxury. An analyst and a jewelry store owner explain.
Listen now to WTOP News WTOP.com | Alexa | Google Home | WTOP App | 103.5 FM
(1/6) 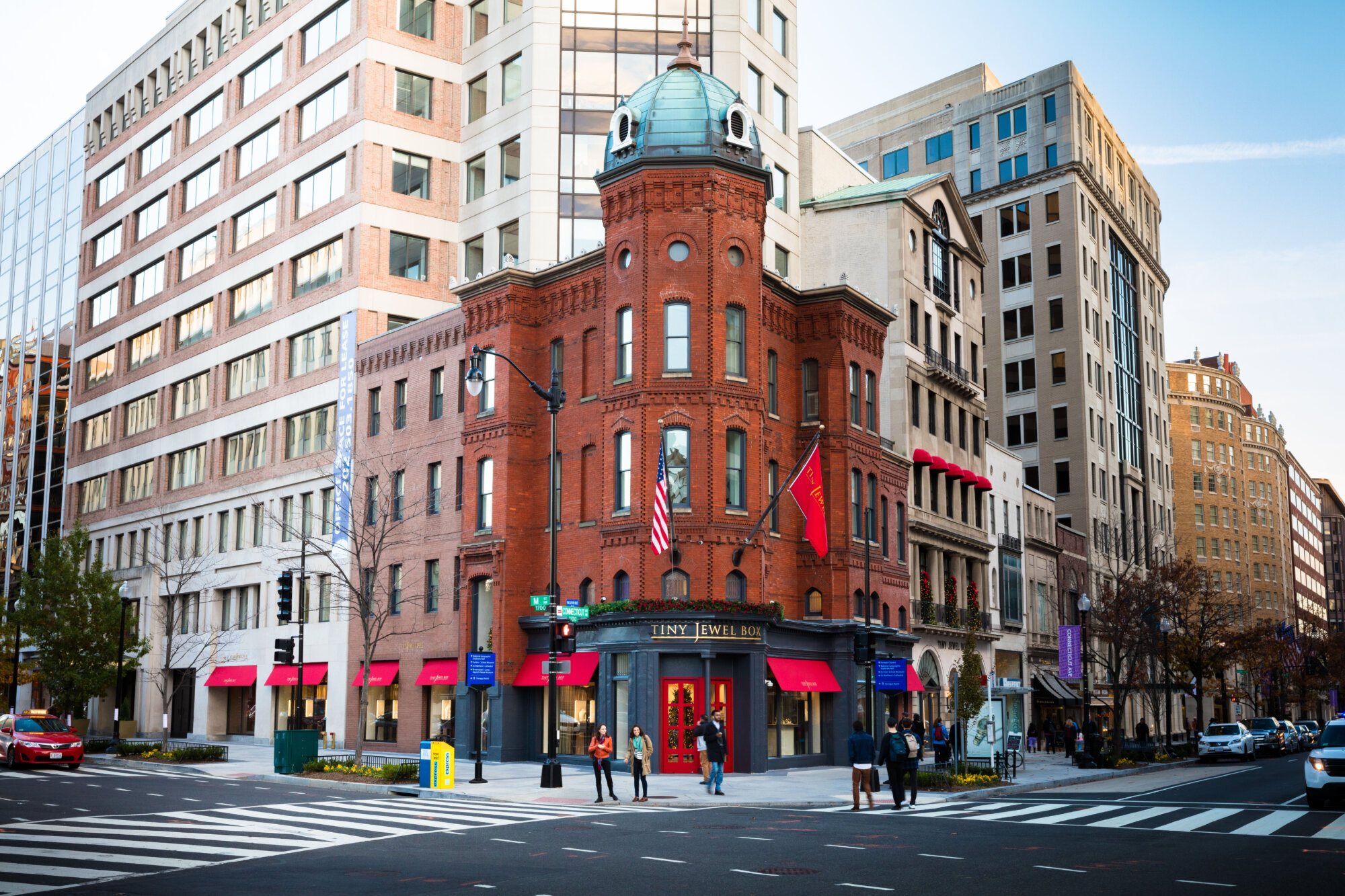 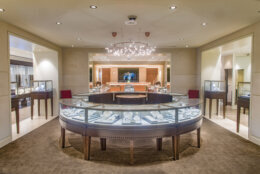 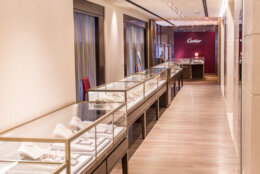 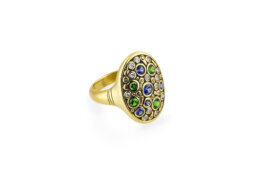 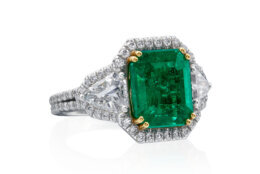 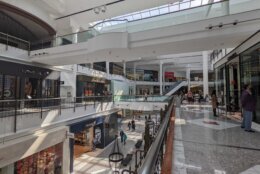 More than two years after the pandemic turned downtown D.C. into a ghost town, businesses that rely on foot traffic are still feeling the effects — except those in the business of luxury.

Ted Rossman, senior analyst at Bankrate, said that it’s “good times right now for luxury retailers.” He points to the continued strength of consumer spending overall, especially in the higher-income brackets — those who make $100,000 and well up from there. These typically had been those 40 years old and above, but Rossman said data suggests a growing number of more affluent millennials and even younger.

At Tiny Jewel Box, on Connecticut Avenue in Northwest D.C., owner and CEO Matthew Rosenheim said the store is seeing strength and confidence across the board with customers.

“Jewelry is having a pretty amazing moment in the United States,” Rosenheim said, and that includes his store.

Tiny Jewel Box was founded in 1930 by Rosenheim’s grandparents. D.C. and Hollywood luminaries have passed through the store’s doors, including Sammy Davis Jr., who visited in 1959, and the Obamas, who purchased a gift in 2008 for former first Lady Laura Bush and returned in 2011 for a brooch they presented to Queen Elizabeth II.

Rossman, of Bankrate, said the luxury clientele has not really been dampened by the pandemic — it’s a group that generally was able to shift to working from home.

A Bureau of Labor Statistics economic paper found that establishments paying the lowest average wages and the lowest wage workers had the steepest decline in employment and experienced the most persistent losses. On a graph it resembles the letter K, which Rossman said speaks to the idea that “the rich get richer, the poor get poorer” and reflects the inequality that has grown during the pandemic.

Among the nation’s 10 largest metropolitan areas, the D.C. region lost the fewest jobs to the COVID-19 pandemic early on, but there have been protracted losses in certain sectors, particularly leisure and hospitality and food services, the Metropolitan Washington Council of Governments said last year.

Restrictions on travel — and reluctance to leave the U.S. — have limited those who have been cooped up and have money to spend. What has been accessible to them on occasions they want to celebrate or do something that feels good is jewelry.

“They have spent less in other areas, like maybe going on fewer vacations, and cutting back in some areas, but spending more on physical goods. And that’s really been a trend that we’ve seen throughout the past couple of years,” Rossman said.

Or perhaps it’s a little bit of “revenge spending” or “Yolo” (you only live once)?

In the store’s bridal and diamond business, there has been a dramatic increase in the size of diamonds and the price of diamonds Tiny Jewel Box is selling.

“I think a large part of that was, people couldn’t throw big weddings; people couldn’t plan lavish honeymoons. So they’re, again, limited in how they can celebrate and enjoy, and jewelry — a larger stone or a different level of ring — I think became a very viable option; and we saw things elevate,” Rosenheim said.

While high-end jewelry is seeing increased sales, Rosenheim said there’s a little weakness in the volume of lower-priced jewels that the store is losing to the internet or to a suburban store.

Tiny Jewel Box does not yet do direct commerce, and business dropped off significantly when it closed for some three months during the start of the pandemic. Rosenheim said the Paycheck Protection Program loans were helpful in recovering the store’s losses and keeping employees on.

“We were a struggling business that had expanded recently before the pandemic, and that business hadn’t really stabilized. So we were, you know, borderline profitable, and really needed that money to get to the other side,” Rosenheim said, adding that he’s very grateful for the meaningful help the store received.

Despite being traditionally an in-person, touch-and-feel business, luxury spending has shifted online.

Some companies were wary of joining the online trend “just because they weren’t sure that they could deliver the same sort of luxury, bespoke kind of experience online. And some have resisted, you know, like Chanel has resisted,” Rossman said.

And while five to 10 years ago, consumers may have been reluctant to buy a diamond on the internet, “We’ve all become so much more comfortable transacting online,” Rossman added.

But shopping has social and physical aspects, so brick-and-mortar stores, especially high-end retailers in malls, still have a lot of potential.

“The Tysons Galleria has really been ramping up the luxury segments … adding some new retailers, existing retailers. They’re expanding their footprint; I think it goes to show that malls are not dead,” Rossman said.

Although not everyone wanted to come in person, Rosenheim said his store saw a strong comeback when it reopened in June 2020.

“We had the ability to service people in different ways. We’re a small business, and we can be very nimble, and meet the needs of the customer in this situation,” whether it’s setting up a private room for a customer, sending staff to a customer’s home or making a special delivery, Rosenheim said.

The slow return of workers to the central business district has been holding them back, though. “We don’t have a lot of people downtown, and that has hurt us a little bit,” Rosenheim said.

Things will be great when you’re downtown

D.C. is a “luxury-friendly market,” with one of the highest median household incomes in the country, Rossman said. “It’s definitely an area where there are a lot of affluent people. There are also a lot of affluent visitors, and I think that should grow, especially as domestic and international tourism comes back more.”

The lack of international tourism has weighed down the luxury sector, especially visitors from Asian countries who have historically spent a lot in major cities, such as Washington, New York and Los Angeles, Rossman said.

Downtown D.C. business leaders last September reported low hotel bookings, restaurant reservations and Metrorail ridership. One reason they cited was the number of companies bringing workers back to the office was less than 25% in the business district, and they pointed to the need to lure employees back to the office.

With 92% of the Central Business District zoned as commercial and only 8% residential, D.C. is exploring ways to convert empty office and retail spaces downtown into much-needed housing as part of Mayor Muriel Bowser’s “Fair Shot” budget outline, which includes getting people back to work and businesses into empty office buildings downtown.

Rosenheim said he does not think that all businesses in D.C. are doing as well as his jewelry store because those stores rely on commuters to come into the city and spend their money.

“We want our neighbors to be there when things come back, and we want them to survive, and we’re extremely empathetic to small businesses,” he said.