Michael Thomas Pruden, 47, of Fort Washington, Maryland, was arrested May 7 for assault with a dangerous weapon relating to the report of an attack at Daingerfield Island, a popular sailing and fishing destination outside Alexandria, Virginia.

Pruden allegedly confronted two people walking on a wooden trail, hit one person with a stick and then pepper-sprayed him, according to a Park Police news release issued Friday.

Park Police believe Pruden could also be responsible for similar assaults at Meridian Hill Park in D.C., where the attacker would confront individuals after park hours, falsely identify himself as a police officer and either pepper spray the victims, attack them with a flashlight or do both.

“USPP detectives are working closely with the U.S. Attorney’s Office in the District of Columbia on criminal charges referencing those assaults,” the news release stated.

Earlier this week, police urged anyone with information about the attacks — and possible victims who have yet to speak out — to contact Park Police at 202-610-8737, or use an anonymous tip line by emailing USPP_tipline@nps.gov. 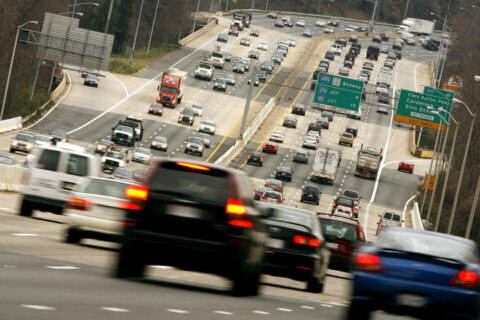