As the first full winter of the COVID-19 pandemic approaches the D.C. area, the region finds itself in a precarious spot: Cases are on the way up, with some jurisdictions hitting all-time highs — and that’s with the end-of-year holiday celebrations, family gatherings and indoor activities of the late fall and winter coming up.

That’s the word from a collection of health officials from around the area, speaking at briefings and with WTOP over the past week. They agree that the surge that’s happening nationwide is a preview of what could be coming to the region, and their advice is to fight “intervention fatigue” and keep doing the basics — mask-wearing, social distancing, staying home whenever possible — that have been holding the numbers down all year.

The numbers look bleak: Maryland’s case load has increased, going over 1,000 for seven days in a row, while the number of people in the hospital and in intensive care is the highest it’s been since June. In Virginia, daily case totals have been rising for weeks.

D.C. on Wednesday reported more than 200 cases of the virus from the day before, more than double the previous day.

Maryland and D.C. have reinstituted restrictions on travel and gatherings. Maryland on Wednesday reduced bar and restaurant capacity back to 50% from 75%, while restricting indoor gatherings to fewer than 25 people.

In D.C., anyone visiting from anywhere other than Maryland and Virginia, or “low-risk” states (currently only Vermont and Hawaii are on that list), needs to get a negative COVID-19 test no more than 72 hours before traveling. D.C. residents returning from a trip to any place not on the list need to limit daily activities and self-monitor for 14 days, or get negative test results within three to five days of their return.

“We are at a point now where the case counts and the other metrics are troubling and concerning in terms of not only its upward trend but the sustained trend over the last number of weeks,” Dr. Travis Gayles, the health officer for Montgomery County, Maryland, said in a briefing last week.

Cases and hospitalizations nationwide are spiking as well, and though treatments have improved in recent months, an increase in deaths and long-term health effects have always followed such spikes.

“This is more of a regional and national event that we’re now seeing, of more cases, more people getting sick,” Dr. David Goodfriend, director of the Loudoun County Health Department in Northern Virginia, told WTOP.

He attributes it to “a desire for folks to return to normalcy, and we’re doing it a little too early. So people are going to each other’s houses, going to parties, coming back to school — some of those private schools or child care centers are not maintaining the mitigating factors that are so critical,” such as social distancing, wearing masks and staying home while sick.

Montgomery County Executive Marc Elrich echoed that sentiment in a briefing last week: “We only have to look at Europe to see what happened when people open too soon, when they were too sure that they’d beaten the virus.”

Dr. Benjamin Schwartz, of the health department in Fairfax County, Virginia, told WTOP earlier this week that day-over-day increases had been going on for three weeks. He warned about what most people call “COVID fatigue,” but he more specifically called it “intervention fatigue.”

Goodfriend said the cold-weather spike hasn’t hit this area, but in the Upper Midwest it has — cases are two to four times greater than in the D.C. region, and that could be a sign of things to come.

“And that’s why it’s so critical to get our numbers down, get those habits back in place now. Just whatever that baseline level is, as we go into the winter, is going to be doubled or tripled or more.”

It’s not just the cold weather; with the holiday season approaching, people are thinking about family gatherings. Elected and health officials agree that people need to change their traditional plans.

“I know we’re going into the holiday season, and it is really hard to say this, but people would be vastly better off if they did not do the traditional holiday gatherings,” Elrich said last week. “When we look at the data from contact tracing, it is family gatherings, social gatherings, that really stand out as drivers of how people get infected.”

Goodfriend agreed: “This is going to be the first year that my children, who are now teenagers, will not get to see their grandmother for Thanksgiving. It is a significant loss, not being able to do that. But it’s important that we keep her safe, and [that] we don’t contribute to disease transmission in the community.”

Schwartz added, “While having Thanksgiving virtually certainly doesn’t taste nearly as good, it will be safer for you for members of your family and for others who may usually get together.”

Though there’s promising news on a vaccine — Virginia Health Officer Dr. Norman Oliver on Tuesday predicted one would be approved by the end of the year — that doesn’t mean everyone will be inoculated immediately, or that the immunity from such a shot will take effect immediately.

So, for now, all the officials agree that it’s still down to personal behavior.

“I think that it all depends on how all of us react to this,” Gayles said. “I mean, this has been true from the beginning of this virus — this is one thing where our behaviors pretty much determined the spread.”

D.C. Health Director Dr. LaQuandra Nesbitt said at a briefing that visible events, such as the downtown celebrations for the results of the presidential election, have an effect, but people’s day-to-day activity is key.

“We were in a global pandemic in this country prior to the election on Tuesday,” she said. “We made people aware of a number of activities that are happening in our country, including people continuing to have small gatherings in their homes,” where people didn’t wear masks.

“This virus does not care if you’re tired of it,” Maryland Gov. Larry Hogan said at a news conference Tuesday, announcing his state’s new restrictions. “It does not care if you have holiday plans. It doesn’t care who you voted for, and it will not let us move on just because we all desperately want to get back to our normal, pre-COVID lives.”

“In wartime, you’d hate to be the last person, the last casualty, before they end the war,” Schwartz said. “You don’t want to get COVID-19 when the vaccine is on the horizon.”

WTOP’s Jack Moore, Will Vitka and Kristi King contributed to this report. 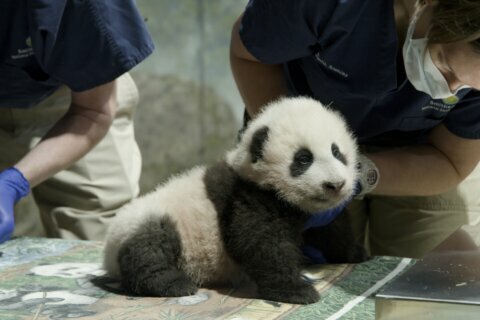 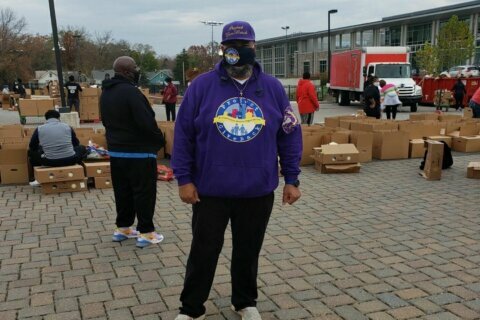