Officials from Montgomery County have said the death of a Virginia teenager has already resulted in changes in the way crews from Maryland and Virginia respond to rescues on the Potomac River.
Listen now to WTOP News WTOP.com | Alexa | Google Home | WTOP App | 103.5 FM

Montgomery County fire and emergency response officials have said the death of a Virginia teenager has already resulted in changes in the way crews from Maryland and Virginia respond to rescues on the Potomac River.

Fitz Thomas, 16, died after being pulled from a Virginia creek that joins the Potomac River in Loudoun County. The teenager had been swimming with friends when he went under the water of Goose Creek on June 4.

Those friends called 911 and the calls were routed to Montgomery County. The county’s Fire and Emergency Services crews have jurisdiction over rescues along the Potomac River, and four boats from Montgomery County were deployed for a water rescue.

By the time the first ambulance arrived on the Virginia side of the river, nearly 40 minutes had passed.

Four recommendations were presented to the Montgomery County council’s public safety committee as a result of Thomas’ death:

Montgomery County Assistant Fire Chief Ed Radcliffe summed up the heart of the recommendations in front of the council.

“This incident kind of brought to light, you know, how should we be responding to the Potomac River?” And prompted the question, “how do we send the closest resources to where the reported emergency is on the river?”

Scott Goldstein, the Fire Chief for Montgomery County, told council members that as of June 19, some of the recommended changes had already been put in place.

Goldstein said going forward, 911 calls will be conferenced between counties.

“So that you can continue that open dialogue with a Maryland call taker, a Virginia call taker and the caller him or herself until there’s a person on-scene with the victim or the call-taker,” Goldstein said.

“There was a time when you just picked up your phone from your house, and it was simple,” but now, Patil explained, each new technology — including the ability to text 911 — will call for changes to processing emergency calls.

After the Thursday morning briefing before the county council’s public safety committee, Council member Tom Hucker said the recommendations were welcome, but he wondered why they weren’t already part of the standard operating procedures.

Looking back to the response by first responders on June 4, Hucker identified communication as one of the major failures of the day.

“There’s always confusion and inaccurate information in emergency situations, but this seemed like bad calls layered on top of each other.”

Council member Gabe Albornoz, who also serves on the public safety committee, said he believes there needs to be more work between departments before a crisis occurs.

“There needs to be more cross-jurisdictional training, especially among operators,” Albornoz said.

The public safety work session included a reference to Perdido Bay Terrace, one of the streets closest to the site where the teenagers were swimming when Thomas disappeared under the water of Goose Creek.

Albornoz, who mentioned how Thomas’ family must be grieving, noted that the Spanish word “perdido” translates to “lost.”

“We’ve made great progress with our next generation 911 technology, [but] we still have a ways to go.”

Albornoz noted during the hearing that the Spanish word “perdido,” translated into English, is “lost” and after the work session said he could only imagine the grief that Thomas’ friends were experiencing. 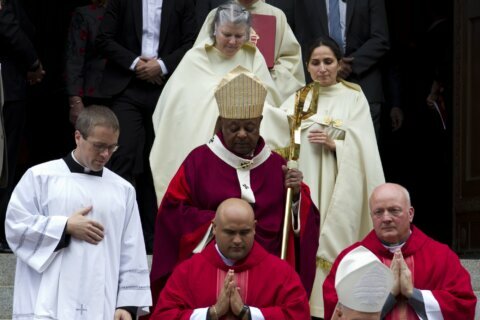