While 16-year-old Fitz Thomas drowned in a Virginia creek on June 4, a series of transferred 911 calls, confusion about his exact location and a decades-old policy on emergency agency jurisdiction contributed to first responders arriving too late to save him.
Listen now to WTOP News WTOP.com | Alexa | Google Home | WTOP App | 103.5 FM

While 16-year-old Fitz Thomas drowned in a Virginia creek on June 4, a series of transferred 911 calls, confusion about his exact location and a decades-old policy on emergency agency jurisdiction contributed to first responders arriving too late to save him.

Minutes before hearing details of the investigation presented to the Loudoun County Board of Supervisors, Tuesday night, his mother, Pastor Michelle Thomas, who is also the president of the local NAACP, spoke with passion, alluding to the killing of George Floyd in Minneapolis.

The 77-page report — jointly conducted by the fire and rescue departments of Loudoun County and Montgomery County, Maryland — revealed operational and technological shortcomings that robbed the agency of the crucial time it needed to locate Thomas and get him the help he needed.

The teen was in the water with friends near Confluence Park in Goose Creek, in the area where it feeds into the Potomac River. Emergency calls placed from cellphones were received by operators in both Loudoun and Montgomery counties.

Before the findings of the report were detailed, Board Chair Phyllis Randall — a Black woman, who said she has known and loved Michelle Thomas for years — addressed the suggestion of a racially motivated slow response.

Since the Potomac River itself is considered to be in Maryland, 911 calls for an incident on the Potomac have traditionally been forwarded to Montgomery County, which has stations and equipment nearby.

Due to the way cell towers process and route 911 requests, several calls describing a position in Loudoun County were automatically forwarded to Montgomery County’s emergency call center instead.

According to the report, Montgomery County first responders were dispatched within 3 minutes and arrived at the Potomac River about 15 minutes later, at 6:04.

911 callers standing along the Virginia side of the Potomac, who saw crews operating on the Montgomery County side, attempted to describe the teen’s exact location.

“Loudoun call takers experienced a delay in dispatching rescue crews due to their inability to obtain a physical address or known location of the incident, which was needed to load it into the Computer Aided Dispatch system and route responders to the correct location,” according to the report.

A family member pulled Fitz Thomas’s body out of the water before first responders arrived on scene.

The fire chief said several corrective measures were instituted in the days after Fitz Thomas’ death.

“While there is no question that the Potomac River is legally owned by the state of Maryland, strict adherence to jurisdictional boundaries does not provide the fast and most efficient response to 911 calls reporting an emergency,” Johnson told the supervisors.

Now, when a 911 call is received by Loudoun or Montgomery County’s call centers, “a first responder will be sent on all Potomac River incidents, regardless of where the jurisdictional authority lies,” Johnson said.

In addition, since the Potomac River has many nooks not identified by signage, the agency is compiling a comprehensive atlas of the river. “That includes points of interest, islands, boat ramps, all the way from Chain Bridge up to Hancock, Maryland,” he said.

Johnson said the resource will be shared with all local jurisdictions as part of the mutual aid agreement for Potomac River responses.

Thomas’ mother said the county should have made the changes before her son died.

“Before you break your hands, patting yourself on your back, saying you’ve made great changes, remember those changes are paid for with Fitz’s breath,” she said. “Nobody should have to die for this county to be proactive.” 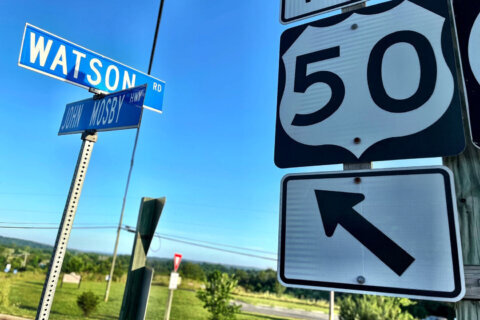 Loudoun Co. votes to revert to historic names for Routes 7 and 50 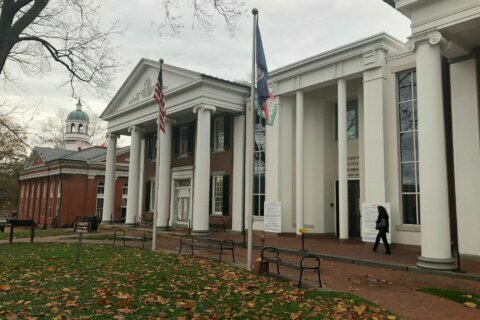