The Kennedy Center for the Performing Arts will get $25 million as part of the $2.2 trillion bill to provide relief to millions of Americans, businesses, health care systems and others impacted by the coronavirus pandemic.

The Kennedy Center has been shuttered since March 13, initially canceling all performances through March 31, though the closure was later extended to May 10.

The initial proposal had set aside $35 million for the Kennedy Center, but the amount was later negotiated down to $25 million, a move approved by President Donald Trump.

In a news conference Wednesday, Trump said he was a fan of the Kennedy Center, despite not initially being in favor of the funding in the relief bill.

“The Kennedy Center has suffered greatly, because nobody can go there, it’s essentially closed. And they do need some funding,” said Trump.

In a message released before the Senate passage of the bill, the Kennedy Center said it “is extraordinarily grateful that Congress has recognized our institution’s unique status and has included funding in its legislation to ensure that we can reopen our doors and stages as soon as we are able.”

As part of the language of the bill, the Kennedy Center’s Board of Trustees must provide the House and Senate Appropriations committees a detailed report of the usage and distribution of the money.

Funding also included in the bill for the arts: $150 million for federal grants to state and local arts and humanities programs and $75 million for Corporation for Public Broadcasting. 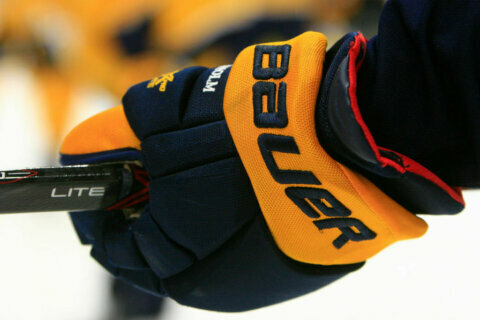 In the fight against coronavirus, Bauer Hockey takes the lead