Nearly a week after Kaitlin Jones, a mother of three, was found killed in Frederick County, Maryland, investigators share the timeline of how they traced the evidence back to charge her ex-husband, who has a history of abuse.
Listen now to WTOP News WTOP.com | Alexa | Google Home | WTOP App | 103.5 FM

Nearly a week after Kaitlin Jones, a mother of three, was found killed in Frederick County, Maryland, investigators share the timeline of how they traced the evidence back to charge her ex-husband, who has a history of abuse.

Shortly after his deputies traced the burning Buick’s plates back to 31-year-old Lemuel Roberts, Millholland said detectives got a call from deputies in Frederick County, Maryland, who said they had just found the body of Roberts’ ex-wife.

Sources told WTOP they believe the 31-year-old woman was killed around midnight. Her body was discovered at 2 a.m. Then, her ex-husband’s car was found burning an hour and a half later.

Roberts had recently broken probation for a drug offense and had an outstanding warrant. Arrest records show deputies went to his Winchester home and took him into custody at 4 p.m.

On Sunday, the warrant came through from Maryland for first-degree murder and was served to Roberts at the Northwestern Regional Adult Detention Center.

Family friend Debra Malott wrote in a GoFundMe campaign for Jones’ memorial that the mother leaves behind three young children, who are ages 5, 3 and 2. Investigators confirmed that Roberts is the father of the younger two kids.

Court records show that Jones did not have a protective order against her ex-husband. In the year leading up to Jones’ killing, Millholland’s deputies responded a dozen times to the Winchester home she shared with Roberts.

None of those calls resulted in an arrest because there were no signs of abuse, and no one wanted to lay blame, Millholand said. Four of the calls came during the three days after Roberts was released from jail on bond Nov. 7.

Roberts waived his right to a hearing in Virginia on the warrant out of Maryland and is expected to be extradited in the coming days. 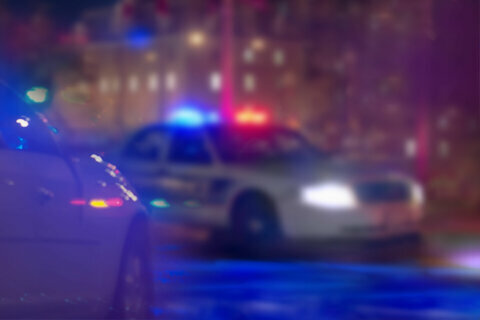