Expert: Every family needs escape plan in case of fire

Do you have an escape plan? First responders believe every family should plan for and practice a safe escape in case of a fire in their home.
Listen now to WTOP News WTOP.com | Alexa | Google Home | WTOP App | 103.5 FM

Do you have an escape plan? First responders believe every family should plan for and practice a safe escape in case of a fire in their home.

It doesn’t have to be complicated, according to the Fairfax County Fire and Rescue Department in Virginia:

“We find generally that people, including kids, tend to react the way they’re trained,” said Bill Delainey with Fairfax County Fire and Rescue. “So, another important part of escape planning is to actually practice your plan…so it sort of becomes second nature.”

Your first exit route should be the way you come and go every day, Delainey said. But, if the easiest way out, such as the front door, is blocked, here are some things to consider:

“You want to figure this out before the fire happens because, chances are, you’re not going to think of it as things are happening and there’s fire and there’s smoke and there’s heat, and you’re sort of panicked and not really thinking clearly,” Delainey said.

Modern homes and furnishings tend to burn more quickly than older construction. Fires in newer homes may leave you only two or three minutes to escape.

That’s why Delainey said it’s best to have smoke alarms on every level of your home, in every sleeping area, ideally interconnected through wiring or wirelessly.

Residential fire sprinklers increase the likelihood of surviving a house fire. Also, close bedroom doors before you go to sleep. Delainey describes a fire earlier this year in which a young girl survived without a scratch or bit of soot on her, because her bedroom door was shut.

“In her bedroom, basically you couldn’t tell there was a fire in the home where every other part of the home is all black and sooty and everything,” Delainey said. “So, close before you doze.” 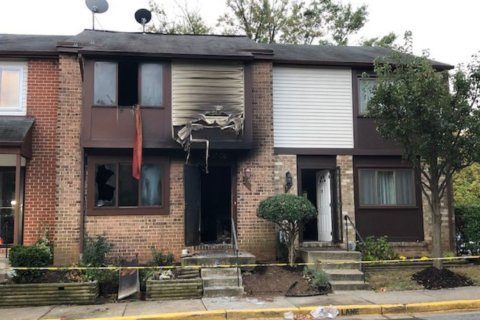 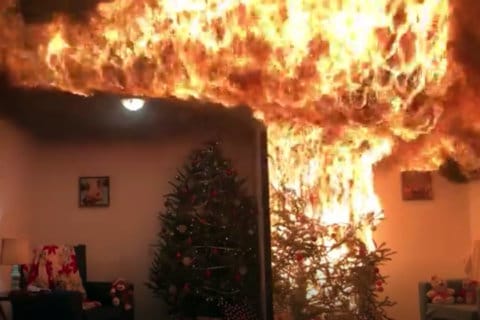