In this March 27, 2018 file photo, construction cranes in Southwest Washington are silhouetted against the morning sky as redevelopment continues in the waterfront area of the District of Columbia. (AP Photo/J. David Ake, File)

The Council of Governments, which is made up of local elected leaders, says the D.C. area needs 320,000 housing units to keep up with business growth. And they need to be affordable.
Listen now to WTOP News WTOP.com | Alexa | Google Home | WTOP App | 103.5 FM

Business is booming in the Washington region. And the Metropolitan Washington Council of Governments says the D.C. area needs 320,000 housing units by 2030 to keep up — 75,000 more than originally forecast.

And 75% of them need to be affordable.

The push Wednesday from the group of local government leaders comes amid a widespread shortage of affordable housing in the D.C. area.

Housing targets were set in a resolution approved by the COG board. 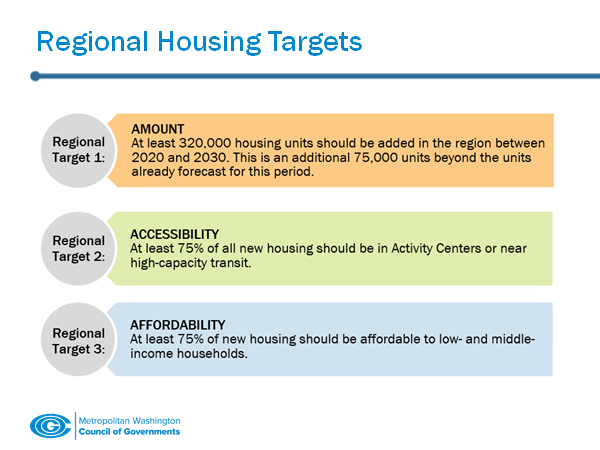 The recommendation follows a yearlong effort into trying to figure out how much new housing is needed, ideal locations and what housing costs should be.

It also says that if the majority of new housing is near transit hubs, the area could see a 20% reduction in traffic congestion. 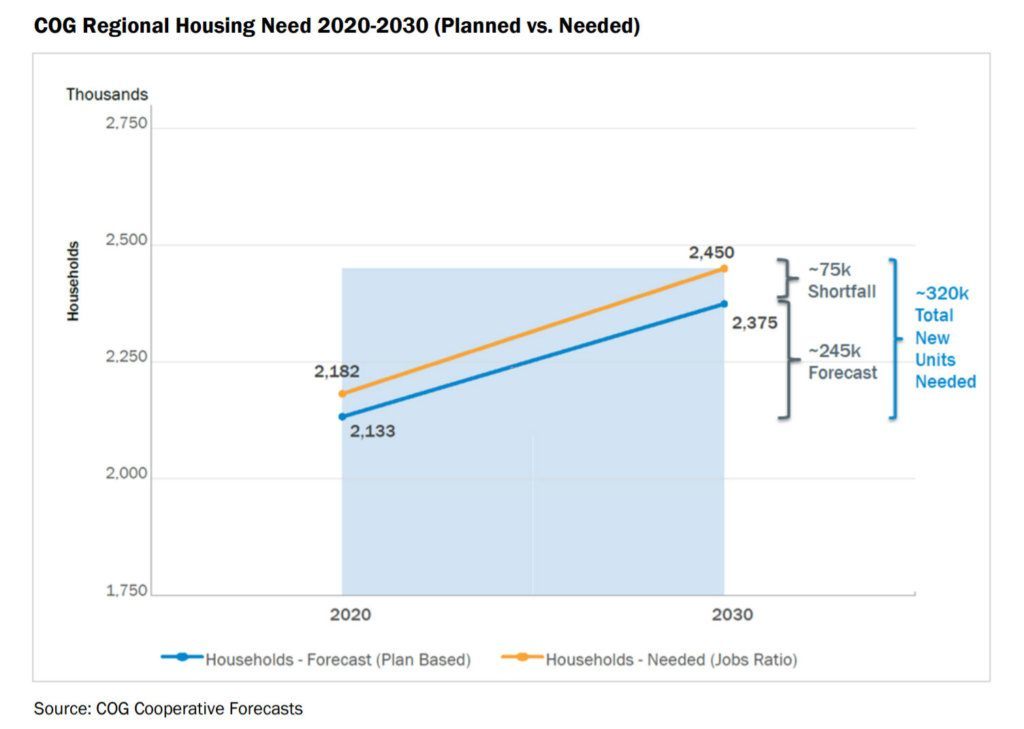 Construction permits have also declined, according to COG data. 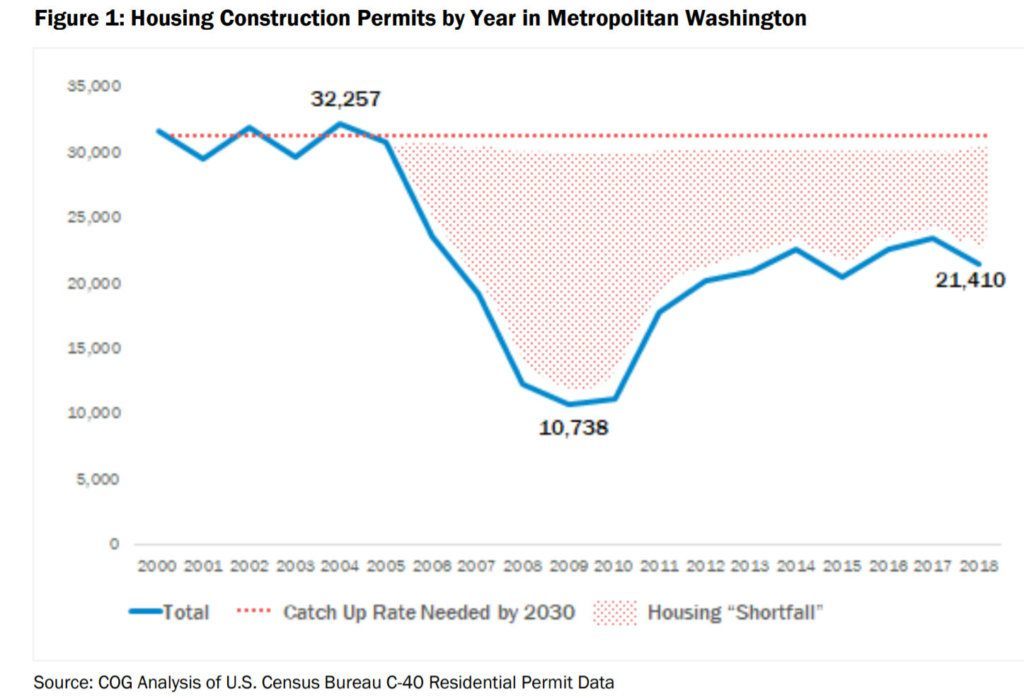 The council released its findings in a report: The Future of Housing in Greater Washington.

“Today’s vote signals the beginning of a new chapter in our housing crisis where we are partnering across the region with governments, nonprofits and the private sector to meet our housing needs,” said COG Board of Directors Chair and D.C. Council Member Robert C. White, Jr. in a statement. “Now that we have worked together to set our housing goals, we can continue working together to ramp up housing production in ways that ensure all our communities benefit.”

COG says employment growth is outpacing housing growth in the area — spurred, no doubt, by Amazon’s incoming HQ2 “National Landing” in the Arlington-Alexandria area of Virginia.

Amazon’s move has also made it increasingly tough for people looking to buy a home.

“Yeah, the investors have made it really difficult for the first-time buyers,” said Redfin realtor Marcia Burgos-Stone.

In her 18 years of experience, Burgos-Stone said she’s seen this kind of market before, but it has been amplified by Amazon. The competition is especially felt by buyers looking for condos, which are often listed low enough for investors to offer cash.

“In general, if you’re a first-time buyer or any condo buyer in Arlington, Alexandria and Falls Church, and you’re buying a condo that’s $500,000 or less, chances are you’re going to be competing with an investor for your property,” Burgos-Stone said.

Compounding buyers’ woes, fewer sellers are listing properties in hopes the market will continue to rise as Amazon moves in. Long and Foster’s July market numbers show inventory is down by nearly 60% from last year in Arlington and Alexandria.

At least it’s a good time to sell.

Though not everyone in the area is willing to.

WTOP’s Megan Cloherty and Jeff Clabaugh contributed to this report.