Storms break heat wave — and bring a risk of flooding

Another round of storms are hitting the D.C. area, bringing an inch or two -- and even up to four inches in some areas. And all that rain will mean a risk of more flash flooding. Here's what you need to know.
Listen now to WTOP News WTOP.com | Alexa | Google Home | WTOP App | 103.5 FM

Two rounds of storms hit the D.C. area Monday, and brought an inch or two — and even up to four inches in some areas.

And all that rain will mean a risk of more flash flooding. A flash flood watch in effect through 6 a.m. Tuesday.

The rain will likely continue into Tuesday morning, as well, but it will feel more comfortable, with lower humidity and temperatures not expected to top 80 degrees.

On Monday afternoon and evening, a line of storms brought tornado warnings in several Maryland counties, including Montgomery.

WEDNESDAY: Mostly sunny and much less humid. Highs in low to mid 80s. 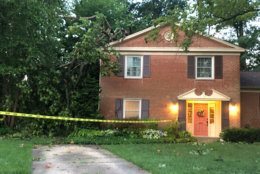 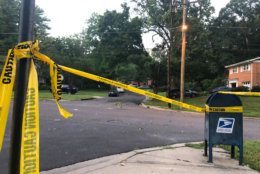 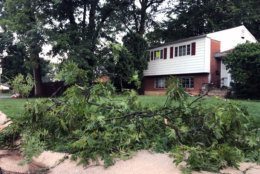 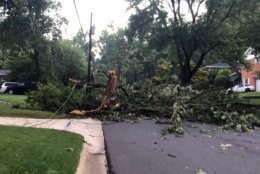 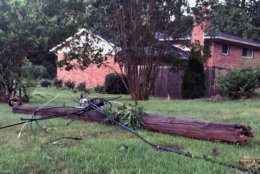 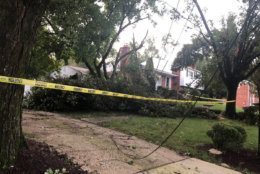 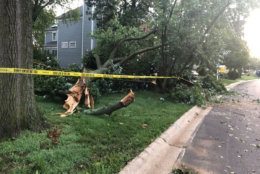 Pete Piringer, spokesman for Montgomery County Fire and Rescue Services, tweeted that all train traffic had stopped after a tree fell across railroad tracks north of the Garrett Park MARC station. Work to remove limbs blocking the train tracks delayed commuter and freight traffic throughout the morning. Delays for Brunswick line trains reached almost one hour at times.

As daylight broke Monday, Piringer tweeted photos of neighborhoods cleaning up multiple downed trees. He sent this collection of photos from the Woodhaven section of Bethesda, noting several families had been displaced.