A medevac helicopter stopped traffic Tuesday afternoon on the George Washington Parkway to rescue an injured D.C. Fire and EMS canine, and now, a well-respected cadaver dog is heading home from the hospital.

Kylie, a 6-year-old German shepherd, seriously hurt one of her hind legs while helping another law enforcement agency conduct a search in the area.

She underwent surgery at the Friendship Hospital for Animals in Northwest D.C. and is recovering well. She’s expected to be home around 4 p.m.

“We treated her like we would treat any one of our members who suffered a severe injury,” D.C. Fire and EMS spokesperson Vito Maggiolo told WTOP on Tuesday. “She is considered one of the D.C. Fire and EMS family.”

Kylie and her handler, Sgt. Paramedic Gene Ryan, travel to other places to share their expertise. Last month, they received an award for excellence in public service. The dog’s work around D.C. includes helping out in the aftermath of the Arthur Capper Senior Apartments fire and finding more human remains last year.

Today #DCsBravest Special Ops K-9 Kylie & partner Sgt. Gene Ryan were assisting with a search when Kylie suffered a severe injury in a wooded area. She was flown by @usparkpolicepio helicopter to an animal hospital, is undergoing surgery, and prognosis is very good. pic.twitter.com/hlpYJQPmt6 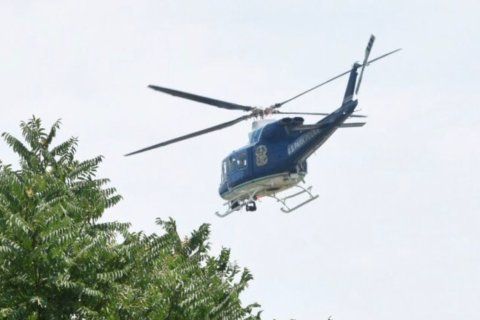 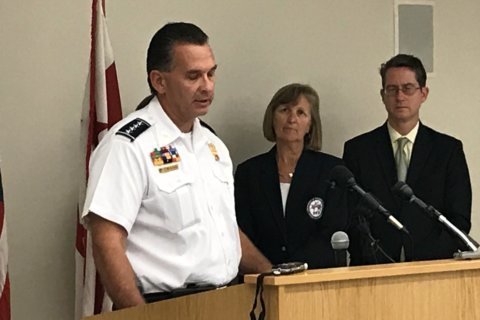