On the day Bryce Harper was expected to sign a lucrative contract, DC and Philadelphia police had a fake bidding war over his services on Twitter.
Listen now to WTOP News WTOP.com | Alexa | Google Home | WTOP App | 103.5 FM

WASHINGTON — We were supposed to get a long awaited answer to baseball’s monthslong question: Where will Bryce Harper play in 2019?

All we got was a fake bidding war.

Bryce Harper, we offer a multi-year deal worth $58,163 per year to start, with annual leave, paid holidays, saving plans, & other benefits in DC! 👏👍🚔 #JoinMPD #BecomeMPD https://t.co/stcqjQ4QLt

The D.C. and Philadelphia police departments traded the tweets Tuesday, perhaps laughing to keep from crying over the lack of news surrounding Harper’s destination. After all, a video game promotion is what seduced us into believing the seemingly-dormant Harper talks would finally bear some fruit, so a police department tug-of-war featuring paltry salaries (by pro sports standards) seems way less ridiculous.

The Philadelphia Phillies have been the rumored front-runner for his services, and a reunion with the Washington Nationals — where Harper has spent his entire 7-year Major League Baseball career — hasn’t been ruled out.

Even D.C. Mayor Muriel Bowser got in on the fun later.

Not to mention the $20,000 and more for hitting a home run and purchasing your home in the District of Columbia.
⚾ https://t.co/1grKYDbhyh

Time is running out for Harper to find a new (or old) home. The Nationals’ full squad reports to Spring Training Feb. 19. and the first Grapefruit League exhibition game is Feb. 23 against the Houston Astros. The Phillies open exhibition play against the Rays on Feb. 22. 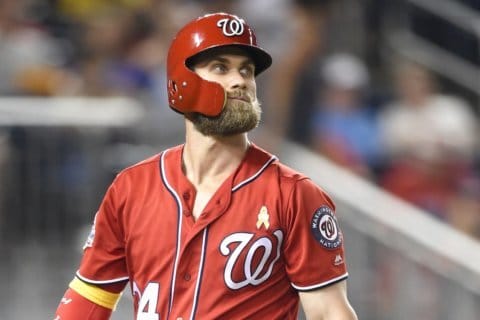 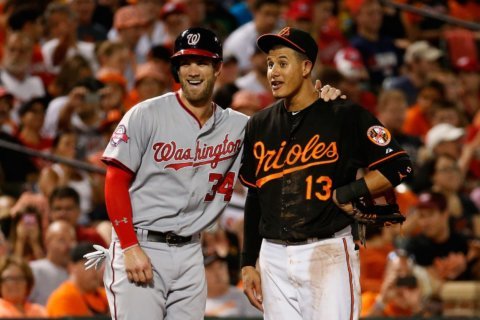 Column: An offer for Bryce Harper and Manny Machado that makes sense