Recently, two pregnant Maryland women have been hurt or killed, and police have filed charges against their boyfriends. An expert says pregnancy has the tendency to escalate violence in abusive relationships.
Listen now to WTOP News WTOP.com | Alexa | Google Home | WTOP App | 103.5 FM

WASHINGTON — A pregnant Montgomery County woman found dead. A pregnant Prince George’s County woman set on fire. Their cases are disturbing but not uncommon to domestic violence experts who say pregnancy has the tendency to escalate violence in abusive relationships.

Although it can be a time of joy and anticipation for many, pregnancy is an especially vulnerable state for women in abusive relationships, said Denise McCain, director of the Prince George’s County Family Justice Center.

In relationships where there is already a pattern of abuse, “pregnancy will either intensify it because the partner will feel threatened by this unborn child, or there may be some jealousy, or even just the stress of taking on additional responsibility for another person,” McCain said.

Recently, two pregnant Maryland women have been hurt or killed, and police have filed charges against their boyfriends.

Laura Wallen, 31, of Olney, was a teacher in Howard County and four months pregnant. She was last heard from earlier this month; her body was found this week in a shallow grave in Damascus. Her boyfriend, Tyler Tessier, is charged in her murder.

A Capitol Heights woman was badly burned when court documents say her boyfriend set her on fire following a dispute over whether to have their unborn baby. She is now in critical condition; her baby is expected to survive.

McCain spoke to the power of disabling fear after learning the woman set on fire last week did not follow through on making permanent a temporary protective order filed against her boyfriend months earlier. The victim’s boyfriend, Laquinn Phillips, is now charged in her attempted murder.

“It’s very common. I see it all the time … They’re fearful of further retaliation. They are afraid they could potentially, in a case like this where there are children involved, lose their child,” McCain said.

For women in abusive relationships, McCain urges them to keep open lines of communication with family, friends and especially with their doctor, who can provide helpful resources if they need to protect themselves.

“There are so many factors which cause a person to stay or ignore what’s clearly a sign of danger that this is someone who could potentially take their life, but they aren’t processing to that degree,” she said.

Other numbers to remember are 1-800-799-SAFE for the National Domestic Violence Hotline and 202-529-5991 for a local domestic violence hotline. 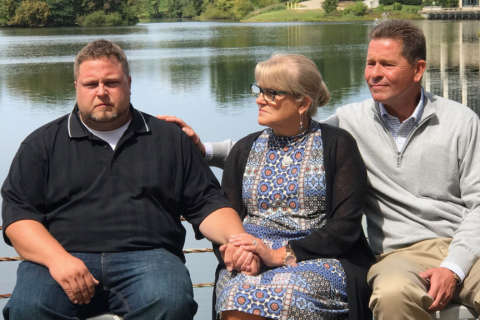