“This ceremony is a way that we can … preserve the legacy of all the men and women whose unselfish service and ultimate sacrifice kept us safer,” Montgomery County Police Chief Tom Manger said. “We thank all of them for their service.” 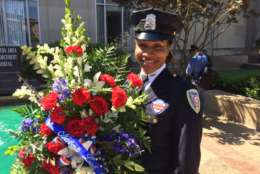 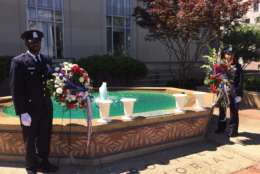 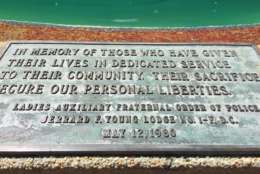 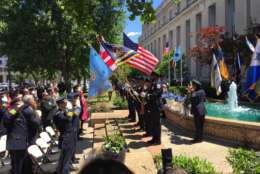 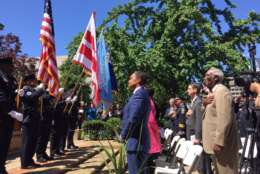 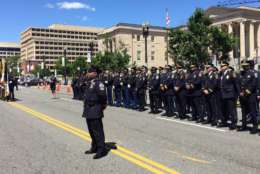 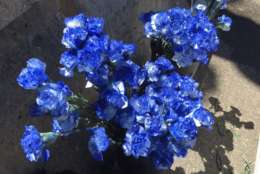 “She wanted to make a difference,” said Prince William County Police Chief Barry Bernard of Guindon, who added that she had a passion for everything she got involved with: “She exhibited the finest qualities that we have in law enforcement: Integrity, honesty, commitment, passion courage [and] heroism.”

The event’s printed program concluded with a quote attributed to Vivian Eney Cross. Her husband, Sgt. Christopher Sherman Eney, 37, was accidentally shot during a U.S. Capitol Police training exercise in 1984.

“It is not how these officers died that made them heroes,” Cross said. “It is how they lived.”