An artifact recovered from the wreckage of the Sept. 11 terror attacks at the Pentagon was unveiled Thursday at Dulles International Airport.
Listen now to WTOP News WTOP.com | Alexa | Google Home | WTOP App | 103.5 FM
(1/5) 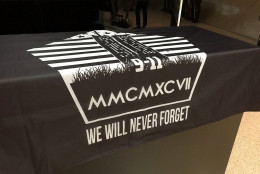 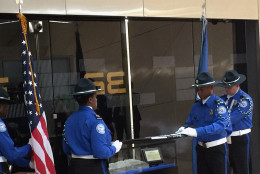 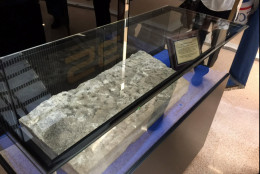 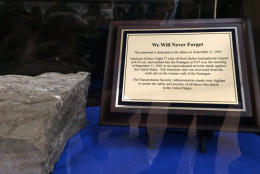 DULLES, Va. — In anticipation of the 15th anniversary of the Sept. 11 terror attacks on the United States later this month, a relic recovered from the Pentagon was unveiled Thursday at Dulles International Airport.

“To have that here to remind us of our mission every day, is very important,” said Transportation Security Administration program analyst Preston Mica after the solemn unveiling ceremony.

American Airlines Flight 77 crashed into the Pentagon after taking off from Dulles.

Humphry said a commitment to the critical mission of protecting the flying public drove airport officials to obtain a piece of the wall of the Pentagon from the Sept. 11 attack to inspire TSA workers.

“To be permanently placed on display and venerated as a reminder of what had happened, who was lost and the importance of our mission,” Humphrey said.

The 9/11 attacks inspired Mica to work for the Transportation Security Administration, he said.

“I joined TSA to protect this county. So, to look on that piece knowing that what I’m doing is safeguarding our citizens — is very important,” he said while choking back tears.

For now, the stone is on display beyond the east security checkpoint near Gate 31.