Maryland Mosque opens its doors to the faithful (Photos) 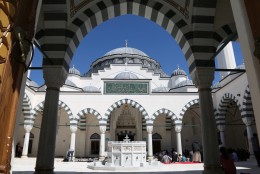 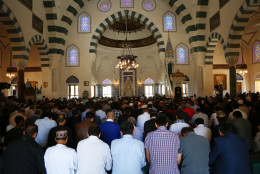 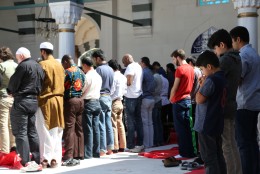 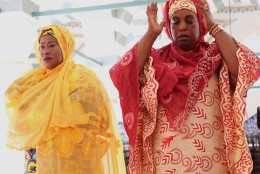 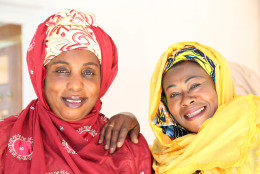 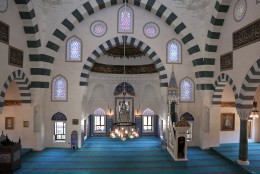 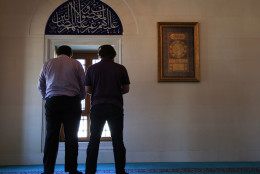 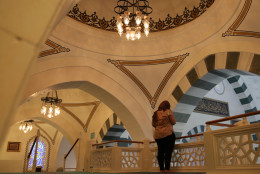 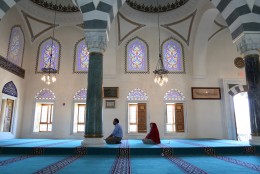 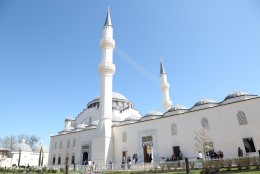 LANHAM, Md. —  On a sprawling 16-acre site dotted with decorative fountains and Cypress trees, the Dyanet Center of America — also known as the Turkish American Cultural Center —brought a touch of Turkey  to Lanham on Saturday.

Turkish President Recep Tayyip Erdogan led dignitaries in dedicating the majestic complex, which includes a fellowship hall, traditional-style Turkish houses and a Turkish bathhouse.  Not far from the local VFW hall, the domed mosque and minaret stand out on Good Luck Road, amid the condominium  and apartment complexes.

“May this center bring prosperity to all the civilizations on the face of the earth and all the local communities in Maryland,” Erdogan said to a crowd of thousands of Muslims, some waving the red and white star and crescent flag of Turkey.

In his remarks, the visiting president condemned the “horror, pain and suffering” of terrorism.

The Turkish president also lamented what he said is rising intolerance of Muslims worldwide and he alluded to the U.S. presidential race.

“It is very interesting and shocking for me to observe some of the presidential candidates here in the United States using these allegations and using these labels against the Muslims on a continuing basis and openly,” Erdogan said.

Erdogan called the center a prayer ground for all which will bring spiritual peace.