WASHINGTON — About a dozen vehicles had to be towed off the Beltway, and lanes were closed for a time, after a tractor-trailer accident on the Outer Loop of the Capital Beltway near Georgia Avenue early Wednesday morning.

The Maryland State Police say that a tractor-trailer hit the concrete median just before Georgia Avenue at about 4 a.m., jackknifing and spilling fuel across the road. Pieces of concrete from the median were strewed across the Inner Loop, resulting in more than a dozen broken-down vehicles on the shoulder of the road, including another tractor-trailer with flat tires.

One driver named Cesar, waiting for a tow, told WTOP’s Neal Augenstein that he was driving on the Inner Loop when he saw the accident.

“He went into the median, hit the Jersey barriers, and – we just saw concrete flying into the road,” he said. He avoided most of the debris, but a rock went under his car and he dragged it for about 40 feet, tearing a hole in the bottom of his vehicle and causing it to leak oil and gas.

Another driver had passed Georgia Avenue on the Outer Loop when he was suddenly confronted by a hunk of concrete in his path. “It ruined both my rims, both my tires.”

The Inner Loop was shut down at 6:20 a.m. to facilitate the cleanup for about 10 minutes. One or more lanes of the Outer Loop were closed for about three hours.

The state police say the truck driver was taken to the hospital, but his injuries are not believed to be particularly serious. 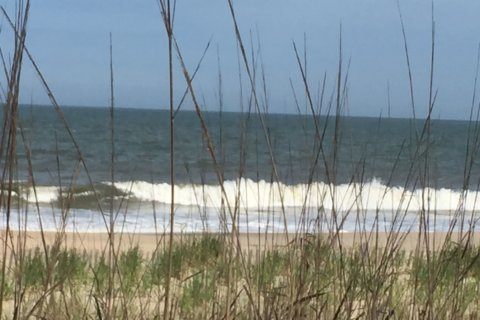