Storm damage in the area portends a wet weekend

WASHINGTON — After strong thunderstorms ripped through the D.C. area Thursday evening, more heavy rain is on the way in…
(1/4) 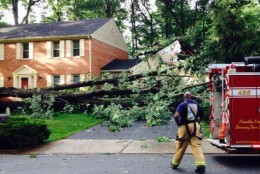 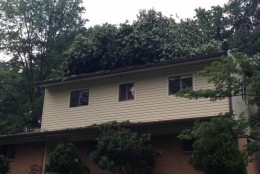 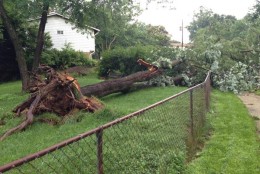 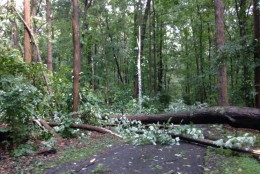 WASHINGTON — After strong thunderstorms ripped through the D.C. area Thursday evening, more heavy rain is on the way in the weekend forecast.

Torrential rain, lightning and high winds brought down trees and power lines Thursday night. Thousands of customers lost power, including about 17,000 in Northern Virginia. Half a dozen homes in Silver Spring, Maryland were damaged by trees, and a woman was hurt by a lightning strike in Western Maryland.

The skies are clear Friday morning, but more scattered storms are expected in the afternoon. But the greatest threat comes Saturday afternoon.

NBC4 meteorologist Chuck Bell says the rain could be heavy at times, “capable of producing an inch or more of rain in a single hour. The question then becomes, how many consecutive hours do we get that type of rainfall rate? We could face it for several hours in a row.”

Smaller creeks and streams will be vulnerable to localized flash flooding. Major bodies of water, such as the Potomac River or Chesapeake Bay, won’t be as affected.

Bell says it will not be a good beach weekend.