For the second time this summer, D.C.’s Audi Field has been picked to host a significant soccer match — this time, it’s this year’s National Women’s Soccer League Championship game.

The match will be held on Saturday, Oct. 29, at the stadium in Southwest D.C. at 8 p.m., the first time the league’s showcase event will happen during prime time. According to a news release, the game will air on CBS and stream on Paramount+.

“We are proud to be welcoming the 2022 NWSL Championship and some of the best athletes in the world to our home – Audi Field – to compete for the league title this season,” Danita Johnson, D.C. United’s president of business operations, said in a statement.

“We look forward to continuing our partnership and work with the NWSL to deliver a top-level championship game and an unforgettable fan experience for all who watch and travel to our beautiful stadium and our city.”

Tuesday’s announcement comes more than a month after NWSL Commissioner Jessica Berman visited Audi Field during a listening tour and said the location for the final would be revealed “in the not too distant future.”

“We are delighted to bring the NWSL Championship to D.C. this year and, thanks to the continued collaboration with our partners at CBS and Ally, equally excited to present the match in its first-ever prime-time slot for fans tuning in across the country,” Berman said in a release. “As we continue to advance the women’s sports landscape in the U.S. and around the world, this is a particularly significant moment for the league and an opportunity our players wholly deserve.”

This is the second announcement of a soccer showcase event for Audi Field, after D.C.’s failed joint bid to host matches with Baltimore during the 2026 FIFA Men’s World Cup. 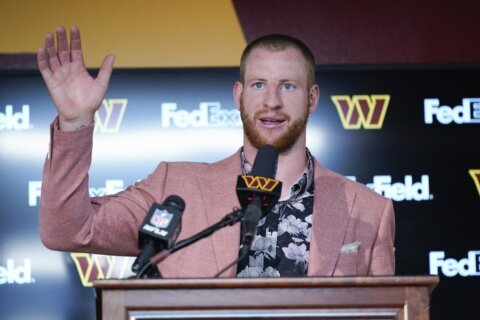