More than 80 percent of teens play video games — and not just at home. The popularity of games is growing in the classroom, and a recent free expo showcased some of the most innovative options.
Listen now to WTOP News WTOP.com | Alexa | Google Home | WTOP App | 103.5 FM

WASHINGTON — Rafael Brochado’s passion for science started at a young age, but childhood poverty kept the Portugal native from pursuing a traditional career in the field.

So instead, he taught himself how to make video games.

“Eventually, when I was good enough at making games, I decided [to] marry my love of science with the skills that I have,” said Brochado, a Fulbright Scholar.

On Jan. 7, a crowd of curious students stood in line at Brochado’s booth on the terrace level of the Kennedy Center to catch a glimpse, even try a turn, at his virtual reality game, Tablecraft.

“I practically have to force them to get out of their headsets so that everyone else can also give it a try,” Brochado said about the game, which allows players to deconstruct common household items, extract their elements and use those elements to build new objects until the entire periodic table is uncovered.

Brochado was one of more than 100 game developers at this year’s annual Ed Games Expo, which introduced thousands of local students and teachers to educational, researched-based games, many of which were developed by, or in conjunction with, federal agencies.

Some of the games on display immersed middle-schoolers in history; others practiced counting with early learners. And then there were those that tackled life’s tougher topics.

“There are games that may deal with peer pressure, sexual harassment and other components, but there are also games that relate to how to manage your money, or how to create positive relationships with others,” said Jeanette McCune, director of school and community programs at the Kennedy Center, which hosted the event with the U.S. Department of Education.

Research from Pew shows that more than 80 percent of teens play video games — and not just at home. The popularity of games is growing in the classroom, with some studies indicating that close to half of educators use them to enhance learning.

Edward Metz, with the U.S. Department of Education’s Institute of Education Sciences, said supplementing instructional practices with games, such as those highlighted at the expo, can help “engage students and also provide them a rich learning experience.”

Dwayne Waite Jr., from Schell Games, remained busy throughout the daylong event, demonstrating Happy Atoms, an interactive chemistry game that teaches users about molecular makeups, both on and off the screen.

“It’s a way for them to discover and build things on their own without needing a work sheet or having teachers tell them what it is that they’re doing,” Waite said.

Students also had a chance to channel their creativity with games that teach dance and guitar. Learning all about the design and development process from the gaming experts was another focus of the expo, and Metz said he hopes it’s one that inspired even more learning.

“[They] got to see the 10 or 20 different roles that it takes to develop a learning game, and then think about whether they could play a part in that process in their own life, and then go back to school hopefully thinking about what they need to do to play that part,” he said. 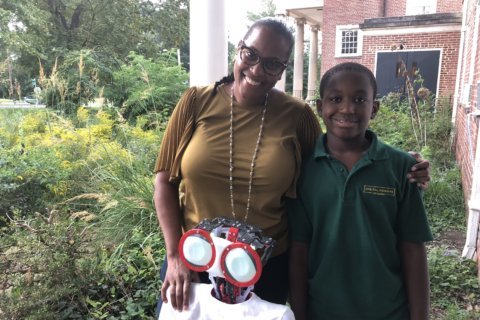 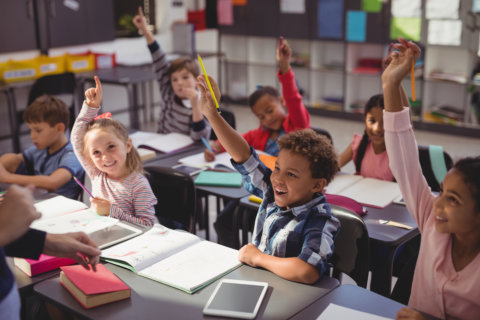 Tips to make sure your child gets the best education