The wedding between Prince Harry and Meghan Markle will be held in London, May 19. A number of venues in the D.C. region are offering their customers a healthy dose of royal treatment on the big day to celebrate the new union between the U.K. and the U.S.
Listen now to WTOP News WTOP.com | Alexa | Google Home | WTOP App | 103.5 FM
(1/15) 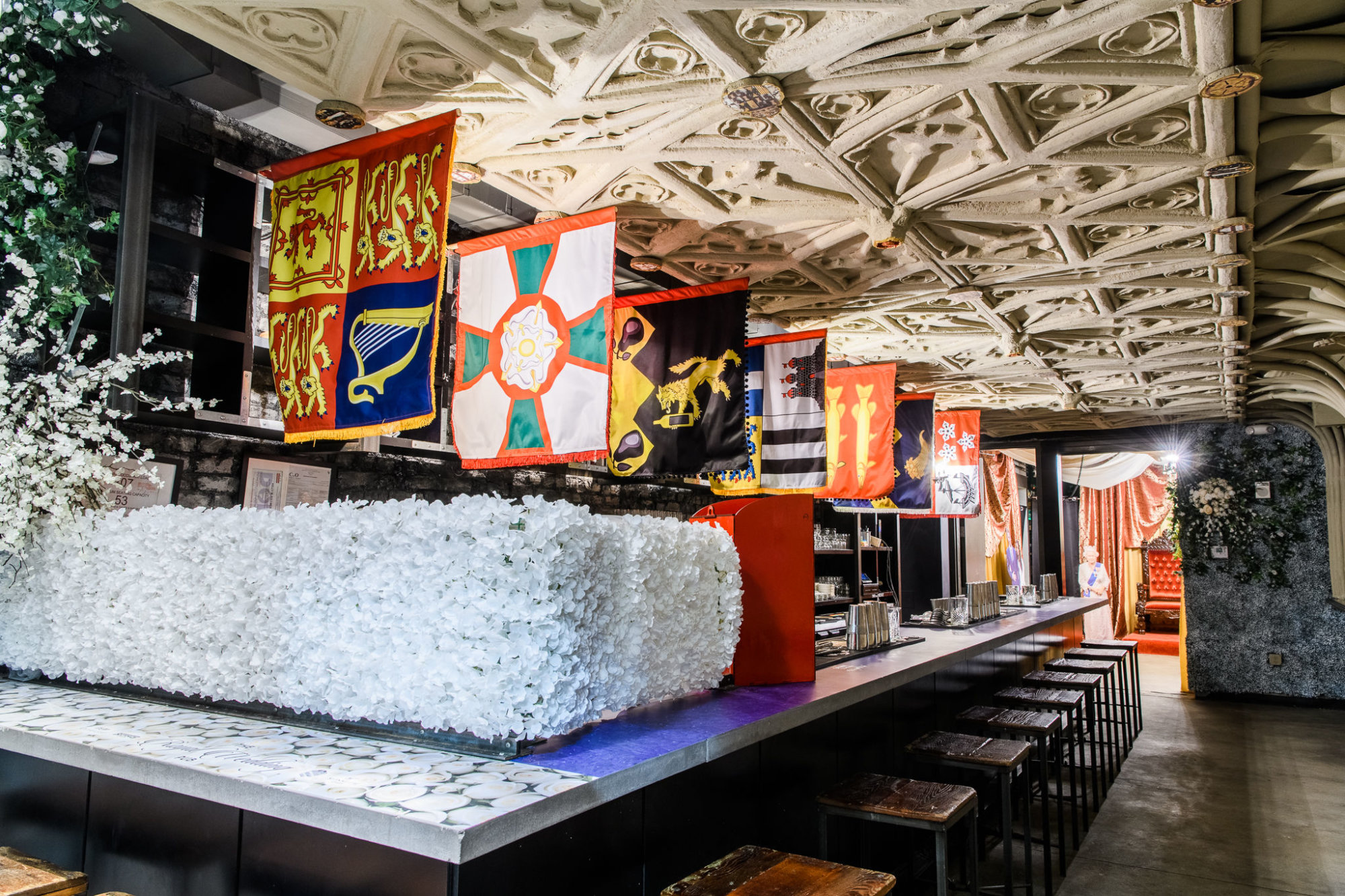 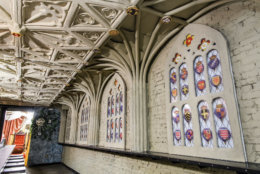 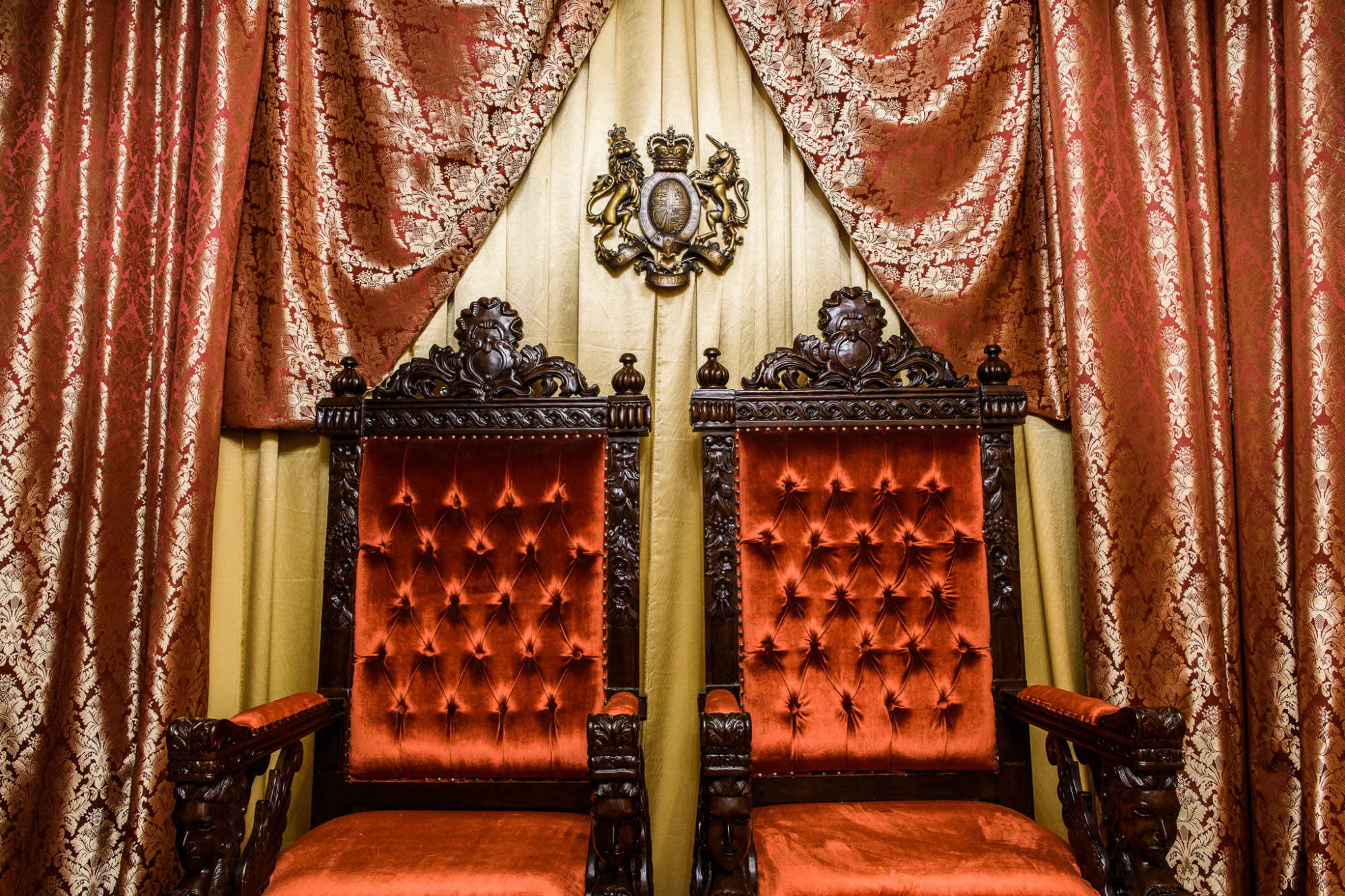 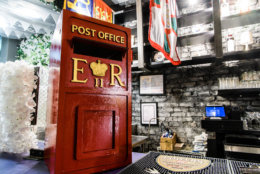 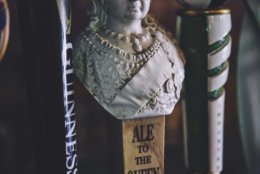 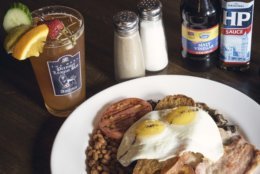 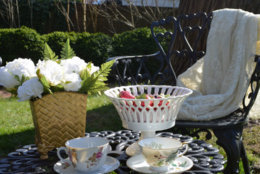 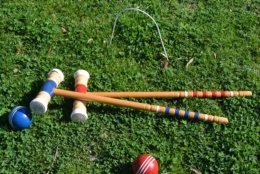 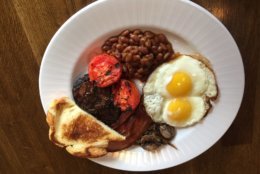 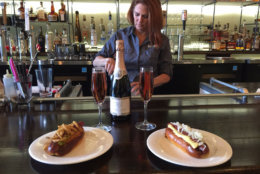 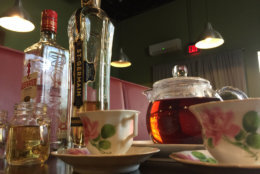 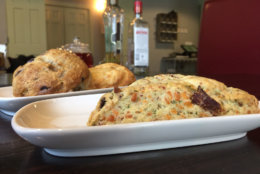 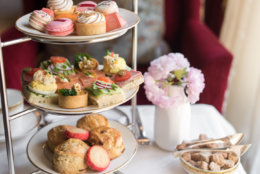 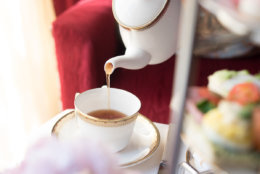 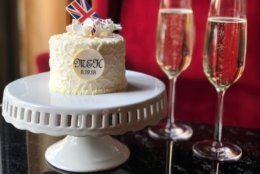 WASHINGTON — While royal family enthusiasts in the U.K. will tune in at noon on May 19 to watch Prince Harry and Meghan Markle royally tie the knot, if you live on this side of the pond, then prepare to be up bright and early if you want to attend one of the many wedding watch parties in the D.C. region.

Coverage will start at 7 a.m. EST. If you’re on the west coast, then getting up with the birds at 4 a.m. PST will be a prerequisite if you want to see Ms. Markle wed her prince charming.

With so many different venues celebrating the union between a British prince and his American bride, then you can be sure to find an event that will satisfy any royal wedding cravings you might have: From the modestly priced, to those with a more luxurious price tag.

“As soon as the engagement was announced we thought Kensington Palace, Kensington, Maryland, what a better place to do a royal wedding watch party,” Polin said.

Those attending will be able to order a raft of British food favorites, including a brunch with classic Bangers & Mash (sausages and mashed potatoes).

Other dishes popular in the U.K. will also be offered, including scones, pints of Lowest Lord ESB, the restaurant’s signature Kensington Grey tea with Elderflower (an ingredient in the royal wedding cake) and orange bitters with dry Beefeater Gin.

American favorites will also be woven into the menu with customers given the chance to blend the two food cultures through a pairing of a bottle of Court Garden Sparkling Rose, and two all-American hot dogs topped with Champagne mustard and crispy onions ($85).

Ladies are invited to don their fascinators and dress in their royal best (although PJ’s are also permitted).

The best-dressed will scoop up a $25 restaurant gift certificate.

For “younger royals,” there will be a “Prince and Princess Parade” following the wedding at 9 a.m., with the best costume receiving a gift certificate for a free kid’s meal.

The Dish & Dram is located at 10301 Kensington Parkway, Kensington, Maryland.

In Alexandria, Lee-Fendall House Museum and Garden will be packed to the rafters on May 19 with a sold out wedding party.

Traditional British food and drinks, lawn games, such as croquet, will be available, along with contests in the Lee-Fendall House garden. Guests are encouraged to wear their best hat.

“The Lee-Fendall House Museum and Garden hosts many educational and community-enhancing events throughout the year. Our beautiful house and garden have a long history of being a place to gather and to celebrate. We continue that tradition with our garden party in honor of the Royal Wedding,” said Amanda Roper, assistant manager of operations at Lee-Fendall House Museum and Garden.

From the people who brought you the Game of Thrones and Cherry Blossom pop-up bars comes the Royal Wedding PUB, The Drink Company’s latest pop-up offering. It recreates many elements of the British church where the couple will marry.

“We wanted to make it feel like you are inside of St George’s Chapel but we also wanted a throne room where you can go and sit in a throne,” Salame said.

Drink Company CEO Angie Fetherston came up with the idea.

“I love the royals,” she said. “I grew up with Prince Harry and Prince William, they are my age so celebrating these milestones in their lives has been very exciting.”

There will be a viewing party of the ceremony on the morning of May 19.

The bar will be open through May 20.

The cocktail menu features a plethora of drinks, all creatively named. There’s the “Daily Mail Cocktail,” made from a sherry blend, pineapple and raspberry. “Lions and Unicorns,” comprising of rum, brandy, tea, lemon, spices and clarified milk. Or, the “Wedding Cake Shot” might be more appealing with its combination of buttercream-washed vodka, Elderflower, lemon and tea.

The Royal Wedding PUB is located at 1843 7th St. Northwest.

Royal enthusiasts are invited to go along and watch the wedding in the surroundings of an authentic British pub, The Queen Vic. A special menu will be served from 6:30 a.m. on including “Bubble and Squeak,” a traditional breakfast made from boiled potatoes and cabbage.

A portion of the proceeds from the menu will be donated to The Myna Mahila Foundation.

The charity is one of seven singled out by Prince Harry and Meghan Markle. The couple are asking people who wish to send them a wedding gift to consider donating to one of several selected charities instead.

“We will be just be having a low-key viewing party,” said Roneeka Bhagotra, the British owner of the Queen Vic. “It’s so early and we want to make it as easy as possible for everyone, so if you want to turn up in your PJ’s because you just got out of bed, that’s totally OK with us!”

The Fairmont Hotel is offering a $75,000 royal wedding package for one couple to stay in its “royal suite” for two nights with a long list of luxury items thrown in for good measure.

The hotel will also be hosting a royal garden party. It will be held 10 a.m. to 12 p.m. and is a free event. Attendees are invited to take fun photos with royal look-alikes and there’ll be “royal guards.” Attendees can sip Pimm’s cups and drink tea. There are prizes for best hats/fascinators.

The Fairmont, Georgetown, is located at 2401 M St. Northwest.

If you fancy watch parties with a more luxurious price tag then you can always head over to the Ritz-Carlton or the St. Regis.

Traditional British favorites like early morning muffins, a British royal tea selection and scones will be available with the celebrations beginning at 6:30 a.m.

The cost is $55 per person, excluding tax and gratuity.

Guests can upgrade to an overnight stay the night before the viewing party.

The party includes viewing the wedding in the Ritz-Carlton‘s ballroom and a breakfast fitting royalty. Traditional British gammon will be on the menu as well as scones and crumpets, in addition to omelet and pancake stations.

And for betrothed couples seeking their own royal style wedding, the Ritz-Carlton has put together a special wedding package called the Crown Jewel Royal Wedding Experience. The price starts at $1 million. 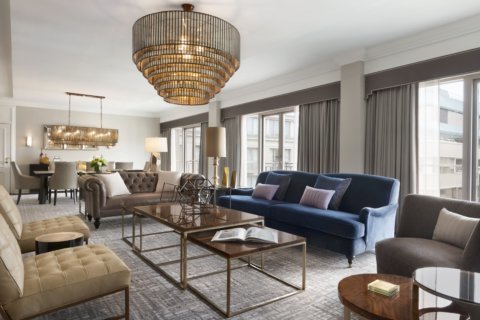 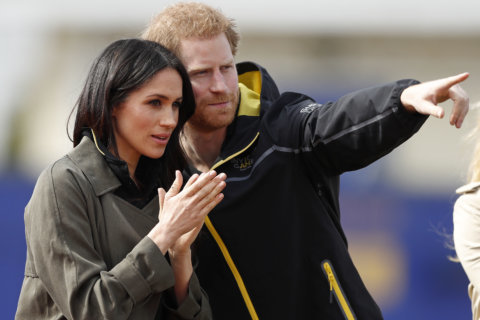 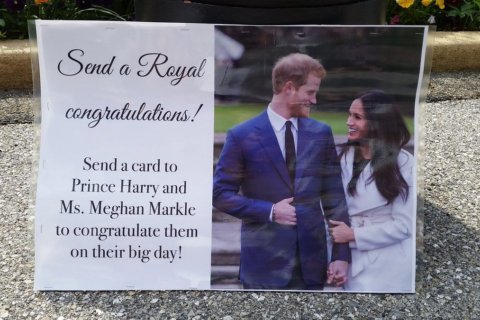