'Having roommates' isn't just for 20-somethings. Older adults are looking for roommates to save money and have companionship. A look at the growing trend.
Listen now to WTOP News WTOP.com | Alexa | Google Home | WTOP App | 103.5 FM

WASHINGTON — In 2008, Bonnie Moore was going through a divorce.  And as she was adjusting to a one-income lifestyle, the recession hit and her five-bedroom, three-bathroom home lost half its value.

“All of the money that I had put into remodeling just disappeared,” Moore says. “I had, what I considered, just a wonderful house that I could no longer afford … and I had to decide what to do. Do I just walk away from the house and go get an apartment some place or do I try to keep the house?”

Moore, now 69, decided to keep the house – a resolution made possible by roommates. But she wasn’t open to finding just anyone.

“I decided that I wanted to live with women approximately my same age; I wanted to have that sense of camaraderie,” she says.

Moore is not alone. In fact, she’s among a growing number of single seniors seeking companionship and an affordable living situation.

According to the Census Bureau’s 2012 American Community Survey, the percentage of women 65 and older in “nonfamily households” who choose not to live alone has grown to 3.8 percent, up from 2.96 percent, The New York Times reports.

Part of the reason can be attributed to finances. Housing costs typically account for one-third of living expenses for adults 55 and older, The Times reports. A study by the Heller School for Social Policy and Management at Brandeis University found that only 16 percent of single seniors are economically secure.

Aside from finances, more seniors are looking to remain in a community setting as they age. A recent AARP report found that 71 percent of adults ages 50 to 64 want to continue to live in their communities; for adults 65 and older, that percentage jumps to 87 percent.

“What I have really learned is there’s this huge market of middle-aged women who are by themselves when they were not expecting to be by themselves,” Moore says. “There’s a loneliness factor and there’s a financial factor.”

Moore shares her Bowie, Maryland, home with four other women, all between the ages of 52 and 69. And while they all get along as roommates, they don’t feel the need to spend every minute together. In fact, Moore says everyone in the home has active and busy lives. And aside from the impromptu morning and evening gatherings in the kitchen or around the TV, the women have to schedule time if they want to see each other.

“I come and go and so does everybody else. What we do try to do is get together once a month for dinner, and we really have to plan it so that everybody can be there,” Moore says. “And it really makes a difference. We need to do that once in a while; we need to get together, sit down and eat and just chat and laugh and do whatever.”

Everyone buys and cooks her own food, but Moore says there are always fun and unprompted moments in the kitchen – like a recent morning when the women were snowed in and decided to make waffles.

“We pulled out the Bisquick and somebody pulled out a waffle iron and someone else had some syrup and we sat down and made waffles and it was fun. So things kind of come together spontaneously.”

For Moore, finding roommates didn’t just help her pay the mortgage on her house and offer her company, it opened up a business opportunity.

“After a couple of years of doing this, you know, we were sitting around talking one time, and we realized that people kept asking us the question, ‘What’s it like to live with a bunch of women?’ We kind of jokingly said, ‘We ought to go into business, advising women to do this because it really does solve a need for everybody.’”

And that is exactly what Moore did. After building a business plan and purchasing a website domain, she launched Golden Girls Network, an online platform for older adults looking for roommates, in June.

Moore says about 350 adults are registered on the national network, which allows users to create a profile and search for others who are also looking for a roommate. A six-month membership costs $39.

“People are matching up and the idea of shared housing for older adults is catching on around the country. It’s really being viewed as one of the new options in aging in place,” Moore says.

Of course going from living alone, or with a spouse, to living with adult roommates takes some adjusting, so Moore’s network also offers advice for others interested in a shared housing lifestyle. For starters, Moore says to know your “deal-breakers,” such as living with a smoker or living with pets. From there, she advises others to really focus on the personalities of their potential roommates. A person who is quiet and bookish might not mesh with a roommate who is outgoing and likes to chat all the time.

“It is a challenge, but it’s worth it. The companionship is worth it. One of the nicest things is just being able to go home and you walk in the door and someone says, ‘Hi. How was your day?’ I’ve got someone to talk to, and that becomes more and more important for people as they grow old.”

And Moore hopes this lifestyle she has built is one she can maintain for years to come.

“I’ve got two people right now that I think will be here for a long time,” Moore says. “We might grow old together and that makes it nice.” 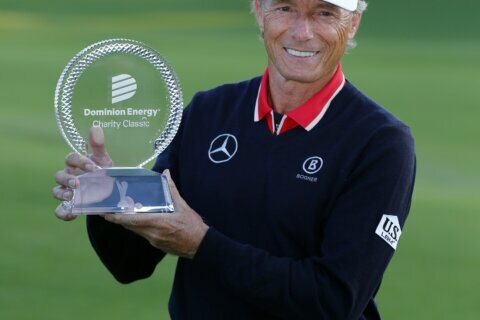 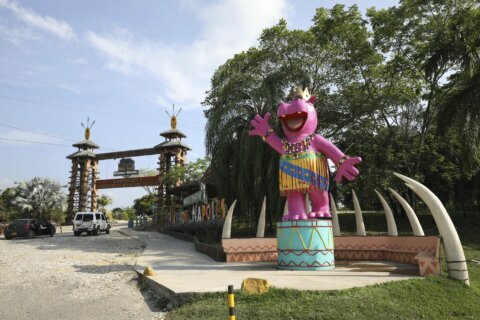