At some flower shops, you won’t find roses for Valentine’s Day

WASHINGTON — At The Modest Florist, in Baltimore, there isn’t a red rose in sight — not even on the…
Listen now to WTOP News WTOP.com | Alexa | Google Home | WTOP App | 103.5 FM

WASHINGTON — At The Modest Florist, in Baltimore, there isn’t a red rose in sight — not even on the days leading up to Valentine’s Day. It’s a business decision that owner Libby Francis-Baxter says is intentional.

The shop, which opened in 2013, sells only locally grown flowers, and as it turns out, rose-growers in the D.C. area are scarce.

“Up until about the ’80s, it was very typical to have greenhouses that specialized in roses all throughout the country,” Francis-Baxter says. But, she says, that is no longer the case.

“Little by little, over the decades, we now have about 90 percent of the roses that are sold in the United States actually coming from Colombia and Ecuador, with very few still produced in California,” Francis-Baxter says.

Seventy percent of all flowers sold in the U.S. come from Colombia, a country that exports around $1 billion worth of flowers annually.

For florists, Valentine’s Day is the single busiest day of the year — a day, Francis-Baxter says, that significantly impacts annual sales. With roses totaling 75 percent of the flowers purchased on Valentine’s Day, one might find it crazy to intentionally not sell them. But Francis-Baxter isn’t easily intimidated, nor is she dissuaded from her mission.

She has a number of bouquets ready for Feb. 14, such as red tulips sourced from a greenhouse in Northern Virginia, mixed with Pennsylvania-grown Sweet William, an alternative to baby’s breath. If customers are still dead set on roses, she says she will happily refer them to other flower shops in the area.

And she’s not the only florist taking a stand against imported flowers. Last Valentine’s Day, Tobie Whitman opened Little Acre Flowers, a D.C.-based flower delivery service that sources its stems from nearby farms and greenhouses.

“We find that imported flowers just aren’t as fresh,” says Whitman, who is filling hundreds of flower orders this week. “They’re covered in pesticides, because there are different environmental and health standards in different countries; they don’t have the fragrance that fresh, local flowers do. They’re just not … unique; they’re just a mass-produced commodity.”

Whitman says she enjoys educating customers on her company’s model, and finds most are open to purchasing her locally sourced options. Of course, she says, there will always be traditionalists who want to stick to red roses on Valentine’s Day. She urges them to give their partners “a little more credit. …

“It feels like people we ask don’t want the usual, boring, plain-old option,” Whitman says. “You can’t get them all. And that’s OK. We want people to be happy.”

Francis-Baxter makes it very clear that she has nothing against roses — she says she loves them.

“I remember back in the day when we did have greenhouse-grown roses, and they were something that they aren’t like today. And sadly, there’s an entire generation that’s grown up not even knowing what an actual proper rose looks like,” she says.

A “proper rose,” Francis-Baxter explains, has slender stems and a gentle arch from the weight of the bloom. South American varieties, on the other hand, are bred strictly to survive shipping via plane. During peak season, 30 to 35 planes transport flowers from Colombia to Miami on a daily basis, according to the USDA Foreign Agricultural Service.

But Francis-Baxter says she’s hopeful that if enough local greenhouses are supported, the U.S. will see the old characteristics of roses return one day.

“In the meantime, what I can offer is, everything is super-fresh; it hasn’t spent any time in the belly of an airplane or sitting on the tarmac at the airport in Miami, and you can be sure that there’s somebody behind growing each of these stems. It’s a family farmer or a multi-generation family-owned greenhouse. … So you can walk away feeling good too,” she says. 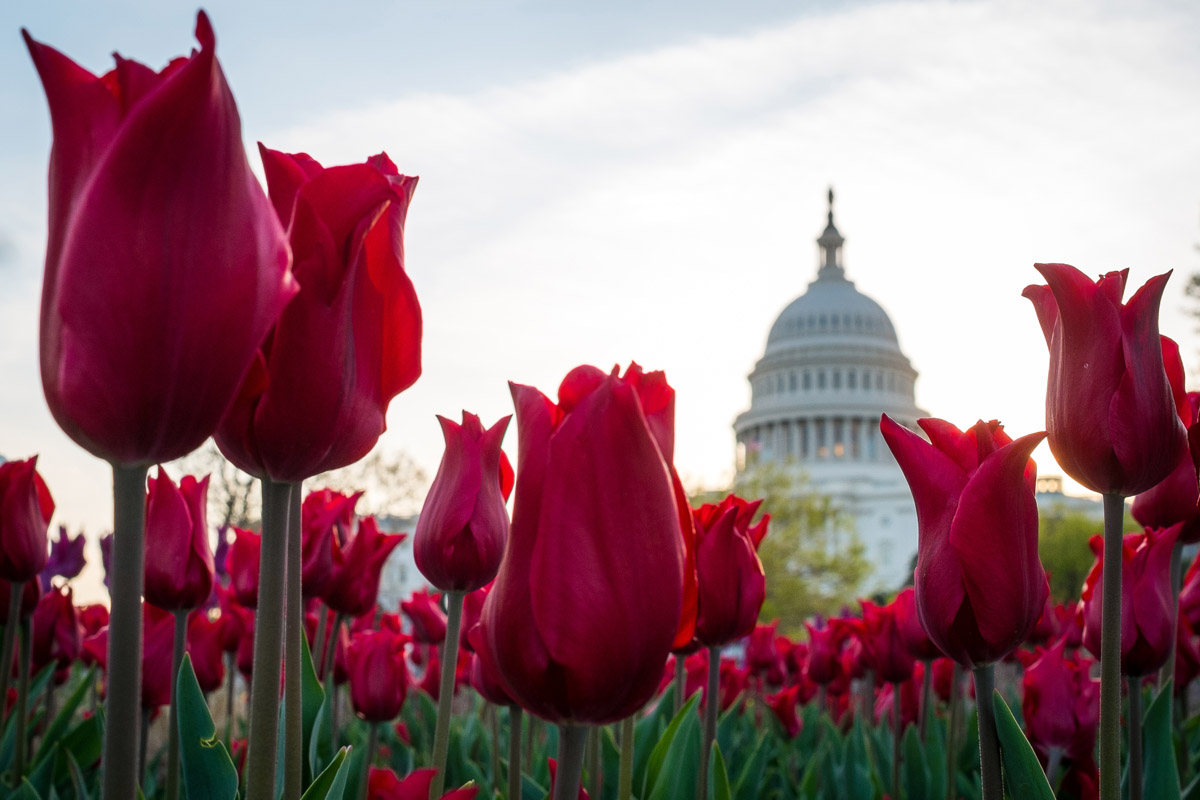 Garden Plot: This Valentine’s Day say ‘I love you’ with tulips 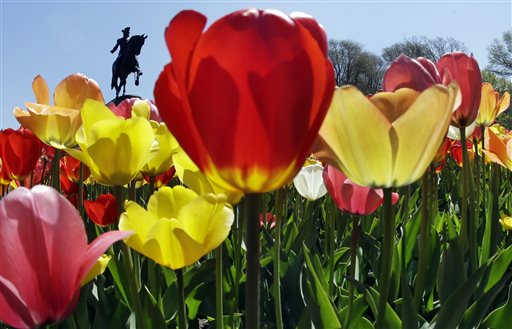