Veterans Affairs Secretary Robert Wilkie is firing back after a whistleblower complaint about the agency’s use of the controversial drug hydroxychloroquine led to heavy criticism.

“There are concerns that they are using this drug when the medical evidence says it doesn’t help and could hurt,” said Senate Minority Leader Chuck Schumer in an interview with The Associated Press.

Responding to the condemnation of the VA, Wilkie told WTOP, “This is a drug we use 42,000 times a day. The military and VA have been using it for 65 years. It is not unknown.”

Furthermore, Wilkie said, “This drug is 128th on the list of drugs most used by Americans. We know about it.”

According to the whistleblower, former Health and Human Services official Rick Bright, the Trump administration ignored his warning about using the drug.

“Their eagerness to push blindly forward without sufficient data to put this drug into the hands of Americans was alarming to me and my fellow scientists,” Bright said. He also told reporters recently that the government wanted to “flood” U.S. COVID-19 hot spots with the drug.

The Food and Drug Administration has questioned the effectiveness of hydroxychloroquine.

A group of researchers from universities in South Carolina and Virginia studied the use of hydroxychloroquine at VA facilities. They scrutinized medical records of 368 male veterans hospitalized with confirmed COVID-19 at VA medical centers, who died or were discharged by April 11.

In their study, the researchers said, “we found no evidence that use of hydroxychloroquine, either with or without azithromycin, reduced the risk of mechanical ventilation in patients hospitalized with COVID-19.”

Additionally, they said, “An association of increased overall mortality was identified in patients treated with hydroxychloroquine alone. These findings highlight the importance of awaiting the results of ongoing prospective, randomized, controlled studies before widespread adoption of these drugs.”

Wilkie responded sharply, essentially saying that the VA has done nothing untoward. “During the emergency, we have followed FDA guidelines to provide our patients and their families with this [drug] in the event that they feel that there really isn’t any other alternative,” he said.

“Those veterans,” he added, “were, sadly, in the last stages of life. Their doctors and their families were consulted and we used this.”

Wilkie said the VA has 9.5 million veterans enrolled in its benefits and services program nationwide.

“Right now, we only have 2,100 active cases of veterans with the virus across the country. Sadly, 579 have passed away,” he said.

It’s not clear how many of the 579 who have died had taken hydroxychloroquine.

Still, Wilkie said the VA is “grateful” for the low number of deaths and “surprised because we’ve got 14,000 beds in VA facilities across the country and we only have 150 veterans in our ICU beds, and 287 in our regular medical beds with the virus.”

Asked about the safety of health care workers at VA locations, Wilkie said, “If I could give every employee in the VA two or three changes of protective equipment a day, I would. But I’m not able to do that because the entire country is looking to our national stockpile to take protective equipment.”

As for VA employees who don’t have contact with patients, he said, “we haven’t given [them] changes of protective gear.”

As Wilkie and his VA team wrestled with that situation, the American Federation of Government Employees filed a complaint with the Occupational Safety and Health Administration last month, accusing the VA of failing to protect its staff.

The VA also received a letter from U.S. senators in Massachusetts, Pennsylvania and Montana, “saying that we weren’t conducting operations in the state veterans homes,” according to Wilkie.

“We don’t have any statutory authority to control, manage or operate state veterans homes,” Wilkie said. “Those are the provinces of the state. The federal statutes are very clear about that.”

Despite the challenges, Wilkie said, “we have the lowest employee infection rate of any health care system in the free world. It sits under a half of 1%, and we’re very proud of that.” 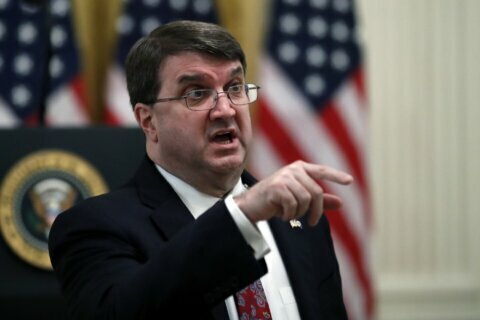 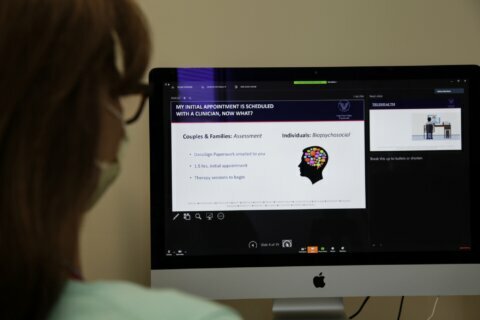 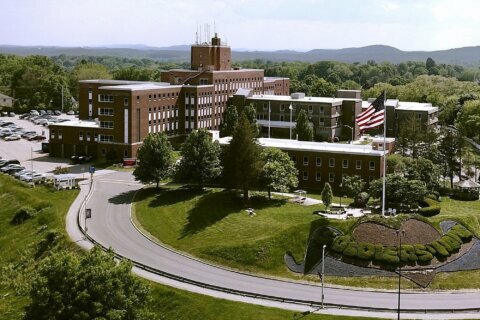 US senators seek probe of veterans homes after virus deaths