City Running Tours pairs tour guides with people who want to see the sights and learn about D.C. In this case, however, the whole experience happens while running. It's a great way for people to see the city, learn from experienced, local tour guides and get in some exercise, said Bill Hudec, a manager for City Running Tours's D.C. operation.
Listen now to WTOP News WTOP.com | Alexa | Google Home | WTOP App | 103.5 FM

WASHINGTON — Washington, D.C., is a popular tourist destination with no shortage of options for those looking to see the sights. But one business is hoping to appeal to travelers who are looking to lace up their running shoes, too.

“It’s a way for our clients to see the city while they have a limited amount of time,” Hudec said. “It’s a great opportunity to not only see the sights from a local’s perspective, but also see parts of the city … from the point of view of our guides, who are all local folks here in D.C.”

D.C. is becoming a go-to destination for people who want to include fitness in their stay, said Elliott Ferguson, president and CEO of Destination DC, the District’s tourism arm.

“For those who are visiting, it’s just an amazing opportunity to get out, to see the city, running on the National Mall, running along the Potomac [River], and/or in the neighborhoods of Washington. Our city is just perfect for those who want to do outdoor activities on a regular basis, and they are always joined by locals,” he said.

Last year was a record year for tourism in the District, with 20.8 million domestic visitors who spent more than $7.5 billion. While Destination DC doesn’t specifically track the number of people who incorporate exercise into their visit, Ferguson said it’s a huge reason why people are attracted to the region, which is home to some of the fittest cities in the United States.

“The one thing that you see more than anything else is jogging, walking and fitness walking [around D.C.],” Ferguson said.

In D.C. — one of 14 cities where City Running Tours operates — there are 5K and 10K tour options, which cost $30 and $45 per runner, respectively. For runners who want to run certain distances, paces or see specific sites, the business offers personalized tours for $60, which can “range anywhere from three miles to up to 26 miles if they want to go that far,” said Christine McDonough, who also manages D.C.’s City Running Tours operations.

Running tours go through some of D.C.’s most popular destinations: Georgetown, Embassy Row and Adams Morgan; however, the most popular route “which is no surprise, is centered around the monuments and the memorials. That’s a 10K tour that starts and ends at White House,” Hudec said.

Participants need not be intimidated by the prospect of running in a group, McDonough said. The guides can accommodate for runners’ pacing and sightseeing wishes, she said.

“We will go any pace that folks desire. We can walk, we can run, we can do a light jog, and we stop at every single attraction that our clients would like to stop at,” she said. “So if people want to take a lot of photos at the Lincoln Memorial, we will happily do that to make sure they are getting the most out of their experience while also getting a run in.”

Many people may question the need to pay for such a service — running around a new city is free, after all.

The value comes from the informative tours that offer more than just a regurgitation of facts anyone can read in a guidebook, Hudec said. The guides present a well-rounded view of D.C. and point out their favorite restaurants, coffee shops, bars and other things they love about the District.

“We act as kind of an entry point to the city in more so than just getting to see the monuments. You can build a whole day around the activities that we can point out in a the course of a run,” he said.

The tours also help visitors get their bearings in a new city and can lead runners on a safe route through the area, McDonough added.

While City Running Tours isn’t necessarily new to the area (it’s been here since 2007), its clientele has changed over the past few years. In addition to tourists and regionwide residents looking to explore a new neighborhood, the business is booking more conference and trade show participants than ever before.

“In past couple of years, we’ve seen a lot more corporate bookings, which I think is a good testament to how businesses are really investing in their employees and how that health and wellness drive has been impacting our business in a really positive way,” McDonough said.

Forty-two percent of the 22 million people who visited D.C. in 2016 — the last year of available data — came for business travel, Destination DC found.

“It’s apparent through what hotels are doing in terms of beefing up their workout facilities that working out and physical activity is part of the visit,” Ferguson said.

“We know that this trend is becoming more and more prevalent as folks are thinking about their livelihoods and their health, and we know that Americans for the most part, especially millennials, are making exercise a part of their visit no matter where they are.”

So what’s next for these running tours? Look for new routes in the coming months that showcase different parts of the District, McDonough said.

“We’ve been doing a lot more running around The Wharf,” she said. “We are excited to take some D.C. visitors around to see that new space as well and talk about what it was even three years ago compared to what it is now.”

Get a look into one of the tours with this interactive map: 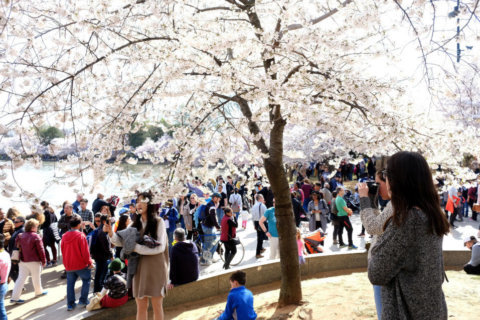 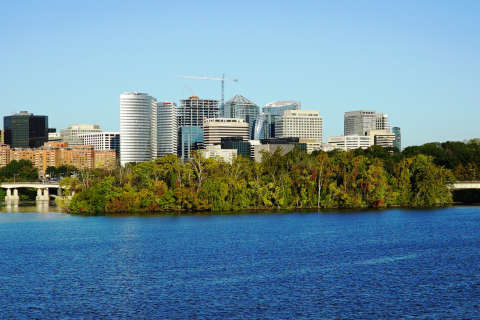 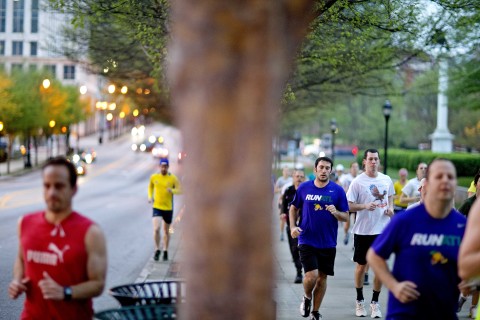 Planning your next vacation? Why not make it a ‘runcation’?