WASHINGTON — They were considered by some to be a miracle drug, until reports of side effects scared many patients away. But new research supports the benefits of using bisphosphonates to treat osteoporosis.

Use of these drugs — known by brand names including Fosamax, Boniva and Reclast — dropped 50 percent after stories surfaced in 2008 and 2009 of women who were taking bisphosphonates suffering sudden fractures, usually to the femur (or thigh bone).

“I think there has been a significant overreaction, because the reality is the side effects are extremely rare,” says Dr. Timothy Bhattacharyya, an orthopedic surgeon at Suburban Hospital in Bethesda, Maryland and head of clinical orthopedic research at the National Institutes of Health.

Bhattacharyya, considered an expert in osteoporosis, says “people should not be scared of bisphosphonates — they are very effective and very safe medications when used in the right patients.”

Those would be patients who already have an actual diagnosis of osteoporosis — not those with osteopenia, which is a much milder form of low bone density.

“In general, it is recommended for people who have a risk of a hip fracture of 3 percent or higher in the next 10 years,” Bhattacharyya explains.

Data recently published in the New England Journal of Medicine seems to support his case. It says that for every 100 fractures prevented by these drugs, they cause only one.

“For men and women that have osteoporosis, the bisphosphonates are a safe and effective medication,” says Bhattacharyya, emphasizing that “the benefits far outweigh the risk.”

A number of factors are used to determine who would be a good candidate for osteoporosis drugs, including family history, ethnic status and whether the patient was ever a smoker. An easily available online screening tool called the Fracture Risk Assessment Tool can offer some guidance and is easily available.

But any diagnosis needs to be made by a doctor, and a certain amount of caution is required when embarking on this course of treatment.

The patients who reported sudden fractures and other side effects had been on bisphosphonates for more than five years.

Now, the feeling is someone who will benefit from these medications should make three to five years the absolute limit and be closely monitored.

“I think if your physician recommends bisphosphonates, you should take them without hesitation,” Bhattacharyya says. “You should be aware of some of the common side effects and watch out for them.”

How women can reduce risk of getting osteoporosis 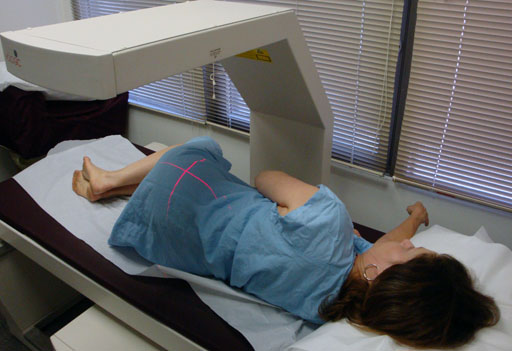