CDC: High school classes should start later in the day

WASHINGTON — There’s a renewed push to start school later for local teenagers. The Centers for Disease Control and Prevention…

The Centers for Disease Control and Prevention has urged school districts throughout the country to start classes at 8:30 a.m. or later. Nationally, 83 percent of middle school and high school classes begin much earlier. The average start time is 8:03 a.m., based on data from the 2011-12 school year.

The CDC recommendation follows similar guidance last year from the American Academy of Pediatrics, and marks one of the few times the CDC has issued a wake-up call to educators on a lifestyle issue that can have a huge impact on adolescent health.

“It is absolutely clear that this is a health imperative,” says Daniel Lewin, a pediatric psychologist and Associate Director of Sleep Medicine for the Children’s National Health System.

His department has advised two of the largest public school districts in the Washington, D.C. area on school start times. Both Fairfax County in Virginia and Montgomery County in Maryland have tweaked their schedules to better accommodate teens, but neither has met CDC recommendations.

Lewin says leaders in the two counties are moving incrementally, but they’re headed in the right direction given the complexity of the issue. “You are asking for a lot of people to make a lot of changes and there are costs to some of those changes,” Lewin says.

There are concerns about school bus routes, traffic, parents’ schedules, and fitting in after-school activities. In Fairfax, which has budget problems, Lewin says there is a growing awareness that they need to make healthier choices for county teens.

Starting school later fits their biological clocks. In general, teens have a tough time falling asleep before 11 p.m. A school start time of 8:30 a.m. or later helps them get the right amount of rest.

Insufficient sleep could lead to weight gain or a lack of focus in class, he adds. Chronic sleep deprivation could increase anxiety, and lead to depression and dangerous behavior. 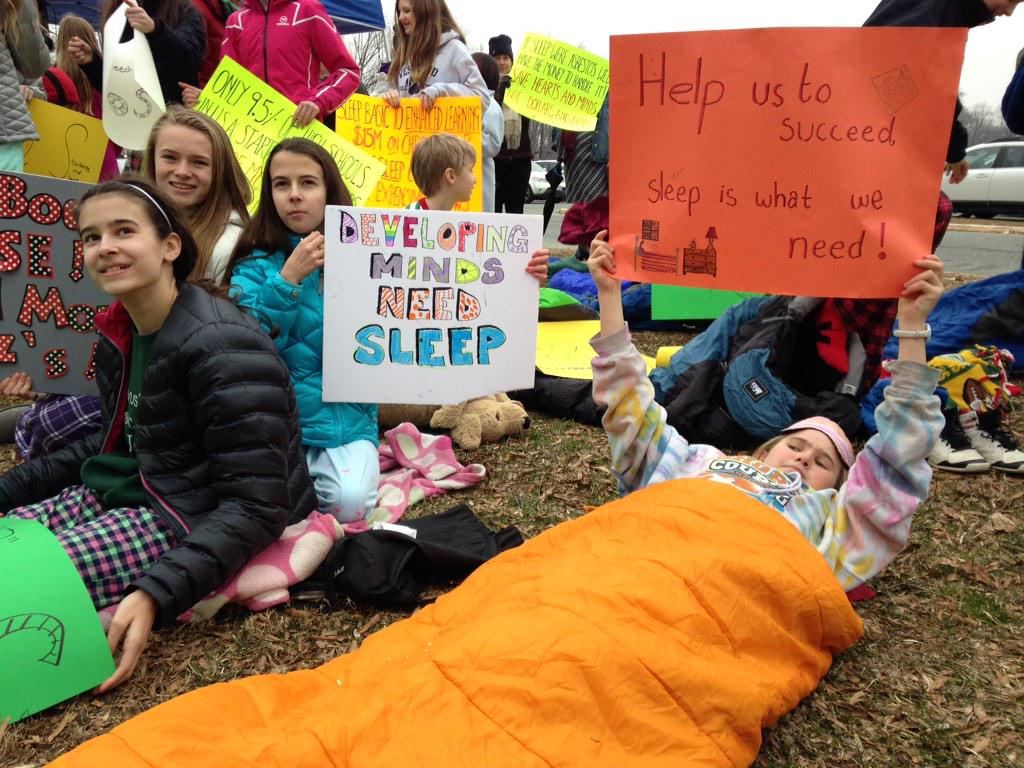