The U.S. is in the midst of the longest government shutdown in U.S. history. It started Dec. 22 and shows no signs of letting up. Here's what you need to know.
Listen now to WTOP News WTOP.com | Alexa | Google Home | WTOP App | 103.5 FM
download audio
FNN's Tom Temin on who can expect to stay home in a shutdown

WASHINGTON — We are now in the midst of the longest government shutdown in U.S. history. It started Dec. 22 and shows no signs of letting up.

President Donald Trump and congressional Democrats are still in a standoff over Trump’s demand for more than $5 billion in border wall funding — which Trump previously said would be paid for by Mexico.

Friday, Jan. 11, marked the first payday without pay for affected workers, including the FBI.

The situation has devolved into a political tit-for-tat between the president and Democrats. Thursday, Trump canceled the military plane that was to take House Speaker Nancy Pelosi to visit U.S. troops in Afghanistan after she asked him to reschedule his Jan. 29 State of the Union address.

For the 800,000 federal workers caught in the crossfire, the situation is increasingly dire.

Here’s what you need to know, and be sure to check Federal News Network for more information.

Q: What agencies have been affected?

The dispute impacts nine of 15 Cabinet-level departments and dozens of agencies, including the departments of Homeland Security, Transportation, Interior, Agriculture, State and Justice, as well as national parks and forests.

Some large agencies — such as the Defense Department and the Department of Health and Human Services — are unaffected because Congress has already approved funding.

Q: How many federal workers remain on the job?

The shutdown affects different federal employees (and contractors, see below) differently. Some workers are required to report for duty, while many others are furloughed — sent home without pay.

More than 420,000 federal employees are “excepted” from furloughs and continue to work without pay during the shutdown, according to a report by Democrats on the Senate Appropriations Committee.

Those workers required to stay are those generally in public safety fields, including about 41,000 law enforcement (e.g., FBI agents) and corrections officers and nearly 150,000 Homeland Security employees. Those working without pay include about 53,000 Transportation Security Administration workers, 54,000 Customs and Border Protection agents and officers and 42,000 Coast Guard employees.

As many as 5,000 Forest Service firefighters and 3,600 National Weather Service employees continue to work, with the expectation that they will be paid back in full once the government reopens.

The IRS sent home around 88 percent of its workforce. But on Jan. 15, the agency recalled 46,000 workers to handle tax returns.

With the official start of the tax filing season coming Jan. 28, the Trump administration has promised that taxpayers owed refunds will be paid on time, despite the disruption in government services caused by the partial shutdown now in its fourth week.

There had been growing concern that the shutdown would delay refunds worth hundreds of billions of dollars because the money wouldn’t be available for them from Congress. But last week, the administration said customary shutdown policies will be reversed to make the money available to pay refunds on time.

Only about 10,000 employees are deemed essential and have been working.

Q: How does a snowstorm or other weather event impact the parts of government that are functioning?

For some parts of government, the routine doesn’t change: Listen for guidance from the Office of Personnel Management. The federal government’s human-resources agency will still announce when workers should come into work if it snows, for example, said Nicole Ogrysko, a reporter for Federal News Network.

“They’ll have to note specifically on the OPM operating status site exactly what’s going on, and they’ll have to explain in pretty good detail exactly how this is going to work,” she said.

Q: How many feds have been sent home?

More than 380,000 employees have been furloughed — including nearly all of NASA and Housing and Urban Development and 41,000 Commerce Department employees.

Among those are employees working policy, administration and planning.

Last month, the 32BJ Service Employees International Union said the partial shutdown would be “devastating” to thousands of service-sector employees, including cleaners, security officers and others who work at federal buildings.

Q: What about leave?

All scheduled paid leave and other paid time off — including paid holiday time off — are canceled  for employees who work at agencies that are affected by the shutdown, according to OPM.

On Jan. 9, OPM clarified that it would restore any annual leave that employees lost at the end of 2018 due to the shutdown.

Q: What services are affected?

First, the good news. Social Security checks are still going out. The U.S. Postal Service, for example, will go on delivering letters and holiday gifts. Troops will remain at their posts. Doctors and hospitals will get their Medicare and Medicaid reimbursements. In fact, virtually every essential government agency, like the FBI, the Border Patrol and the Coast Guard, will remain open. TSA officers will continue to man airport checkpoints, though an increasing number of them are calling out sick. The Federal Emergency Management Agency can continue to respond to disasters.

Some services are closed, of course.

Q: How are national parks affected?

Many national parks are already closed for the winter, but others remain affected by the shutdown.

D.C.-area national parks will stay as accessible as possible with some limited or closed services. Park roads, lookouts, trails, green spaces and open-air memorials, including the National Mall, are still accessible to visitors.

But, emergency and rescue services are limited, and services like restrooms, visitor centers, information kiosks, and ranger talks and education programs are not available.

At the National Park Service, 80 percent of the workforce is furloughed, closing parks and monuments nationwide.

Here are the areas and sites in the D.C. area closed during the shutdown:

The National Park Service advises that visitors use caution on any national park properties, particularly during the shutdown while staff is on furlough.

“I sometimes wonder if they want that impact, to kind of let the public know what’s going on in a very tangible way,” Temin said.

While all public restrooms are closed, a third party has provided portable restrooms at the following locations:

There are also a number of other third-party services that have remained open:

The following construction projects — funded by outside groups — are still open and ongoing:

Q: What about passports and the IRS?

Passport services, which are funded by fees and not government spending, will continue.

The IRS and tax situation is more complicated.

As noted above, the IRS recalled 46,000 workers to handle tax returns.

Some experts question whether the administration has the legal authority to reverse earlier policies to allow the government to issue tax refunds during a shutdown.

In 2011, the chief counsel at the IRS concluded that such payments were legally allowed during a shutdown. At the time, the White House Office of Management and Budget, under President Barack Obama, rejected that position and directed the IRS not to pay refunds during a shutdown. But the IRS said last week that OMB had reviewed the issue at the Treasury’s Department’s request and now agrees with the IRS counsel’s position that refunds can legally be paid.

Q: Will federal workers be paid?

Congress has always made sure that all federal employees are paid retroactively — even those employees who were ordered to stay home.

And Trump signed a bill providing back pay to federal employees affected by the ongoing partial government shutdown.

While they wait for that retroactive pay, they might want to consider unemployment benefits. That, however, can be complicated, because when workers are called back they will have to pay those benefits back.

Workers who are in especially dire hardship situations might qualify for assistance from the Federal Employee & Education Assistance fund.

Other federal workers have been trying out the “gig economy” to make up for lost income.

Angered over employees having to work without pay, the union representing IRS staff sued in federal court last week to challenge any such agency action on constitutional grounds. The Constitution doesn’t allow the government to obligate funds that haven’t been provided by Congress, and the executive branch “can’t continue to force more and more employees to show up in exchange only for an IOU,” the National Treasury Employees Union said.

On Jan. 15, a federal judge rejected the union’s challenge, declining to force the government to pay the recalled employees.

Q: How are contractors affected?

It’s not just federal employees who are affected by a partial shutdown. Contractors who support agency operations are taking a hit.

Whether contractors are expected to work while the government is shut down depends on the nature of the work the contractors do. If the contractor works for an agency that performs essential work that remains open during the shutdown, he is likely required to report for duty as well. And unlike federal employees, whether they get paid is largely up to their companies.

Contractors won’t get paid for the time they lose staying home, causing problems for those who rely on hourly wages.

“Contractors can feel it pretty hard … If you’re operationally supporting an agency, say, running their security operations center or augmenting it, you’ve gotta be on the job and you won’t get paid either until afterwards,” Temin said.

Q: How long will it last?

There’s no way to know.

Previously, the longest government stretched over 21 days in December 1995 into January 1996.

And on Twitter, President Trump vowed Jan. 10 that he wouldn’t “cave.” 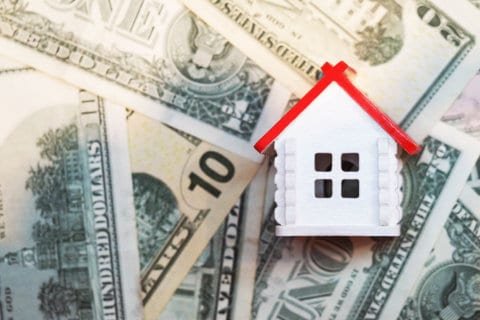