LOS ANGELES (AP) — The Los Angeles County sheriff on Wednesday characterized the crash that seriously injured Tiger Woods as “purely an accident” and appeared to rule out any potential criminal charges even as authorities were still investigating.

Deputies saw no evidence the golf star was impaired by drugs or alcohol after Tuesday’s rollover wreck on a downhill stretch of road known for crashes, Sheriff Alex Villanueva said.

“He was not drunk,” Villanueva said during a livestreamed social media event. “We can throw that one out.”

Woods, who had checked into a clinic in 2017 for help dealing with prescription medication, was driving alone through coastal Los Angeles suburbs when his SUV struck a raised median, crossed into oncoming lanes and flipped several times. The crash caused “significant” injuries to his right leg that required surgery, according to a post on the golfer’s Twitter account.

Deputy Carlos Gonzalez, who was first to arrive at the crash, patrols the road and said he sometimes catches people topping 80 mph (129 kph) in the downhill, 45-mph zone and that wrecks are common.

Justin King, a personal injury attorney in California, said that if investigators prove the road is unsafe and contributed to Woods’ crash and others, the municipality that controls it could be held liable. The wreck happened on the border between the communities of Rolling Hills Estates and Rancho Palos Verdes, and the county supervisor who represents the area has requested a safety review.

Meanwhile, Villanueva said investigators may seek search warrants for a blood sample to definitively rule out drugs and alcohol. Detectives also could apply for search warrants for Woods’ cellphone to see if he was driving distracted, as well as the vehicle’s event data recorder, or “black box,” which would give information about how fast he was going.

Joe Giacalone, a professor at the John Jay College of Criminal Justice and a retired New York police sergeant, said it was “premature” for Villanueva to determine the crash was an accident just a day later.

“The blood test could give us a whole other insight,” Giacalone said, noting that some drugs are not necessarily detectable by observation. “Because it’s Tiger Woods, people are going to demand answers. You have to dot your I’s and cross your T’s.”

Crash investigations typically include interviews of first responders and bystanders as well as inspections of the road and the vehicle, including photographing and measuring the scene and checking to see if the vehicle had defects or malfunctions, according to William Peppard, a retired Bergen County, New Jersey, police detective who has served as a crash investigator.

Peppard said in typical cases with no immediate indications the driver was impaired, detectives might not seek blood samples if the crash did not injure anyone else or damage property.

“Take the celebrity out of it — it’s a matter of resources and time,” he said.

In 2017, Woods was arrested on a DUI charge when Florida police found him asleep behind the wheel of his car parked awkwardly on the side of the road, with its engine still running, two flat tires and a blinker flashing.

Woods said he had an unexpected reaction to pain medication. He eventually pleaded guilty to a reduced charge of reckless driving. Three weeks after the arrest, he entered a clinic for help dealing with prescription medication and a sleep disorder.

The crash this week was the latest setback for Woods, who at times has looked unstoppable with his 15 major championships and record-tying 82 victories on the PGA Tour. He is among the world’s most recognizable sports figures, and at 45, with a reduced schedule from nine previous surgeries, remains golf’s biggest draw.

Injuries, however, have been a big part of his narrative dating to his epic victory in the 2008 U.S. Open at Torrey Pines, where he won with shredded knee ligaments and two stress fractures in his left leg.

In 2009, his personal life imploded when he was caught having multiple extramarital affairs and crashed his vehicle into a fire hydrant and tree. He went two years without winning.

After returning to No. 1 in the world in 2013, when he won five times and was PGA Tour player of the year for the 11th time, he had his first back surgery in 2014. He played only 16 times over the next four years.

But he always made it back. Even after four back surgeries, he won the Masters in April 2019 for the fifth time, which ranks among the great comebacks in the sport.

Woods had a fifth back surgery, a microdiscectomy, on Dec. 23, just three days after he played the PNC Championship with his son Charlie, now 12.

He was in Los Angeles over the weekend as the tournament host of the Genesis Invitational at Riviera Country Club. Monday and Tuesday had been set aside for him to give golf tips to celebrities on Discovery-owned GOLFTV. 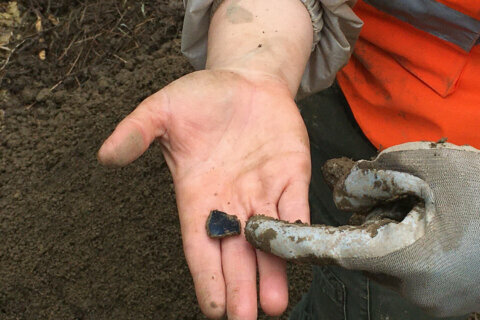