Are custom golf clubs worth the cost?

Have you been curious about whether custom made golf clubs are worth the price? A new outfitter in Fairfax gives you the chance to work with a pro to build your own set from scratch and decide for yourself.
Listen now to WTOP News WTOP.com | Alexa | Google Home | WTOP App | 103.5 FM
(1/3) 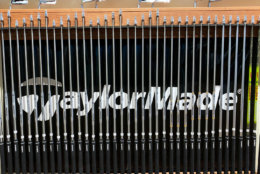 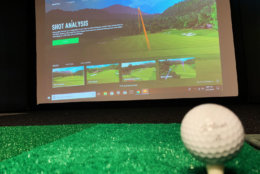 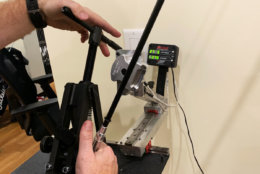 On the big screen in the waiting area of the new Club Champion golf club fitting store in Fairfax, Virginia, Bryson DeChambeau is playing in the same group as Tiger Woods at the World Golf Championship Mexico City event.

DeChambeau is not a particularly notable pro — he’s won five PGA events in his career, but has yet to place in the Top 10 in a major. In fact, he’s best known for his clubs. Each of the 6-foot-1 college physics major’s irons and wedges are cut to exactly 37.5 inches, with identical lie and bounce angles. As a result, he swings each one on the same plane.

This is not how most golfers operate, and DeChambeau’s unique approach has yet to catch on. And it’s far from the approach that Club Champion takes to try to custom craft the right set of equipment for each individual golfer.

Despite playing golf casually since high school, I’ve never gotten fitted for clubs, despite multiple attempts from friends and former golf course co-workers to get me to try. So I figured I would be a good test case for the average amateur golfer considering taking the plunge and took a recent spin through Club Champion’s iron fitting process.

The fitters at Club Champion call themselves “brand agnostic,” featuring equipment from across the golf industry. My fitter is Adam Hubbard, a former pro at Raspberry Falls, who promptly instructs me to pull my 6-iron out to get a baseline.

This is bad news for me, as that’s the area of my irons where things start to get squirrelly. Irons are already the weakest part of my game, so much so that I don’t currently carry anything longer than a 5-iron. But that’s the club they use to fit, as it’s right in the middle of the bag.

Using the same Trackman technology that’s spread like wildfire across professional and amateur baseball, you get instant feedback on everything from club speed and ball speed to launch angle, spin rate, and land angle, as well as any variant in your club’s path to the ball. The simulator screen may be a somewhat familiar feel for those who have hit in them before, but if you appreciate data like I do, there’s plenty of new stuff to chew on to help you understand what’s working in your game.

After a lackluster, inconsistent half dozen shots, I get a look at my ugly results. Club speed: 73.4 mph. Ball speed: 98.4 mph. Average carry: 124 yards. Launch angle: 13.8 degrees. I’ve always had a low shot, but I know the numbers are bad, even for me (it’s also the first time I’ve swung a club since October).

The building process starts with finding the right shaft for your club speed that will yield the best combination of weight, flex and balance. We try a couple different ones but settle on Accra 70i shafts, one of their heavier offerings in that line. Immediately, my numbers are up across the board

After fine tuning the shaft with a few swings each, we move to trying different club heads. While my current irons are Callaways, I really only landed on them because I play a Callaway ball. I haven’t swung enough different brands to understand the differences between them, so we try a bunch of different ones. We cycle through the Taylor Made M6s and the Titleist AP1s, before I groove a couple near perfect shots with the Ping G410s. For good measure, we try a Srixon model, but the performance goes the other way — lower ball speed, lower launch angle, lower spin rate, lower carry, shallower landing angle. The Pings are the winners. My ball speed’s up 10 mph, my average carry more than 30 yards, now that I’m striking the ball consistently. My launch angle and landing angle are dramatically steeper. They’re the ones in dark blue below (the shorter shots were from the wedges).

Once we’d settled on the best option, Hubbard tinkered with the loft and lie to optimize the club speed, spin and consistency. I was striking the turf slightly off center, so Hubbard adjusted the head slightly to see if it would help; it didn’t, I actually hit the ball worse. So he adjusted back. There are some variables in a player’s natural swing that aren’t worth trying to overhaul, so long as contact is good and results are consistent.

We also hit a couple of wedges, sussing out the best loft and bounce for my particular swing. I’m not a big divot-taker, so shallower bounce works best, but they’ll walk you through it if you’re the type of player who fears your wedges more than you embrace them.

Finally, it’s on to the grips, trying to find the best level of tackiness that will hold up under sweltering humidity without slipping, while also remaining soft enough not to tear your hands up after 18 holes. Hubbard runs through the dozens of options lining the back wall. You’ll no doubt be a bit  tired by this point in the process, but it’s important to get your hands on them and figure out what will work best for you.

All the data can be overwhelming to try to make sense of on the spot, so they both print and email it to you, giving you a chance to sift through everything later. Personally, it was helpful to be able to go back and compare what felt like the best swings to the actual results.

Alright, sure, all that’s great, but you want to know about price. To start, the hour-and-a-half long iron fitting that I did runs $150 (they are currently running a promotion at the Fairfax location discounting it to $100 through the end of March). A full bag, 3.5-hour irons, woods, driver putter fitting is $350 (currently $175), if you’re really serious about overhauling your entire bag.

The clubs themselves vary, depending on the components, but it’s easiest to think of the price this way: whatever the stock cost of the individual club would be at a sporting goods store, that’s the cost of the club head. Then add the custom shafts, the PURE shaft alignment (which finds the most stable spot where the shaft bends), and the grips separately. The full set of Ping G410 irons we eventually landed on, along with 54- and 60-degree Cleveland wedges, would run just over $1,200 retail, after taxes, if bought stock in stores. The fully customized, fitted set with shafts and grips totaled just under $2,400, nearly twice as much.

So, is it worth it? Club Champion touts a Golf Digest study in which eight of the nine participants saw their games improve by an average of 1.7 strokes per play, their drivers gain 21 yards, and their irons gain 13 yards. Those improvements don’t mean you’re going to go pro anytime soon, but can be big deal, depending on how seriously you take your game.

I’ll say it was pretty clear after fine tuning my options that I was striking the ball far more consistently, straight with the slightest draw, that I’ve ever hit my six iron. That’s probably to be expected considering I own second-hand, stock irons that I spent less than $400 to purchase a few years ago. The jump in cost for custom clubs something that obviously doesn’t make sense for everyone, so it’s worth considering how important the improved performance is to you and how much you’ll use your clubs. Needless to say, the more you play, the more value you’ll get out of them. 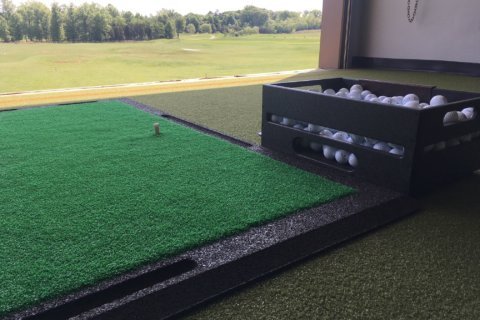 Topgolf? Driving range? Launchbox Golf at 1757 a bit of both 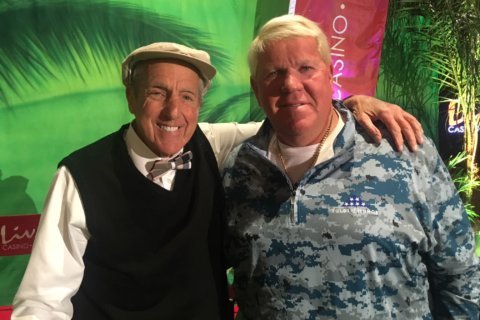