Topgolf? Driving range? Launchbox Golf at 1757 a bit of both

The new Launchbox Golf option at 1757 Golf Club is the first of its kind in the area, marrying the traditional driving range with the technology of Topgolf.
(1/7) 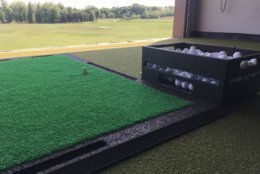 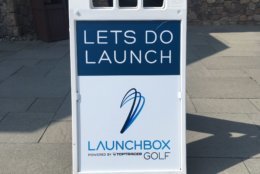 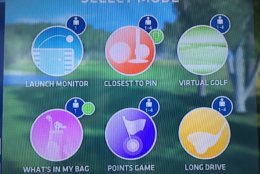 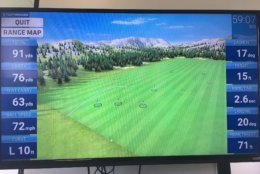 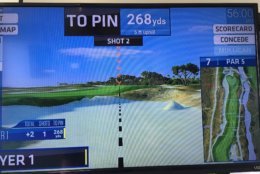 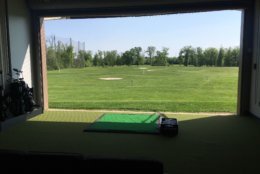 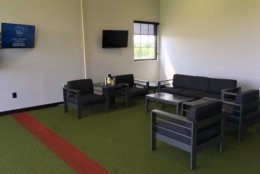 DULLES, Va. — “We’re not your typical driving range. We’re here to have fun.”

If you’re a golfer, you know practice on the range can be tedious. And if you’ve been to Topgolf, you know that while the entertainment options are far greater, sometimes the golf itself takes a backseat.

At 1757 Golf Club in Loudoun County, they’re hoping to split the difference. As the first course in the area to overhaul part of their range with Toptracer technology to create Launchbox Golf, a hybrid system they hope will catch on around the country.

Located adjacent to and inside of the building at the far end of the existing driving range, there are several bays reminiscent of Topgolf. A user pulls a ball onto the mat and hits it out onto toward targets on the range, but instead of a chip inside the ball registering where it lands, the Protracer technology used during PGA Tour events actually tracks a regular range ball’s flight and delivers real-time feedback. And players can do anything from simply working through their bag, to playing a scoring game, to even playing through simulations of famous courses from around the country.

“It’s not what people expected,” said Brian Morton, a new hire as the gaming manager at 1757 specifically to handle the Launchbox setup. “There’s a lot more that you can actually do, especially for the seasoned golfer … The flight patterns, the velocity angle, all that type of thing is really interesting for people looking to learn more about their game.”

In the works for about a year, it opened to the public the first Sunday in May. Aside from the expanded gameplay and technology options, there are other advantages. You can have food and drinks delivered from the restaurant. The bays can be heated in winter months or cooled by fans and air conditioning in the summer, and they’re protected from rain. That means that not only could you hit balls, you could play an entire simulated course, even if your tee time gets rained out.

While Topgolf’s first enhanced range install took place at World of Golf outside of London several years ago, their acquisition of Protracer technology (which they  now call Toptracer) in 2016 opened up a new world of possibilities for existing driving ranges.

“Our thinking is that Toptracer range is complimentary to Topgolf,” said Ani Mehta, vice president of corporate development for Topgolf Entertainment Group. “There are only so many Topgolf venues we can put up.”

1757 will certainly provide a good test to that theory. The course is just four miles south down Loudoun County Parkway from Topgolf Loudoun.

Just as Topgolf itself has been welcomed by the golf industry, so too has Toptracer as a range idea since its introduction.

“Like any new technology, the outreach was from our side,” said Mehta, who showcased the technology at the annual PGA Merchandise show in Orlando in January. “Since then, a lot of interest has been inbound.”

But 1757 got the jump on the local market and Billy Casper Golf is using the course as a test model to see if it might be able to scale the system across a number of its properties. If all goes well, Launchbox Golf may soon be at more than 20 of their other courses around the country.

While many of the elements cater to more experienced golfers, the privacy afforded by the enclosed space is a nice bonus for parties and those maybe leery of embarrassing themselves out on the range.

“The indoor space is quite a bit more private than Topgolf would be,” said Czajka.

Of all its available features, the opportunity to virtually play courses has been the most popular among early users. Both the 1757 staff and Topgolf understand that expanding the available course options is a logical next step, but they’re also cognizant of not flooding the market. A Pebble Beach replica is due next, with another half dozen options coming soon.

But there could even be a market in having each driving range’s home course installed for practice.

“I think it would be amazing to have 1757 in the system,” said Czajka. “If number 3 is the hole that eats your lunch, you could just fire up the hole in virtual golf and figure out how to play that hole.”

Like Topgolf, Launchbox Golf is offered by the bay, by the hour, with each bay fitting up to six or eight guests. It runs $24 per hour before 4 p.m., $32 after that, and the facility is open Saturday-Wednesday through 8 p.m., Thursday and Friday until 10 p.m. 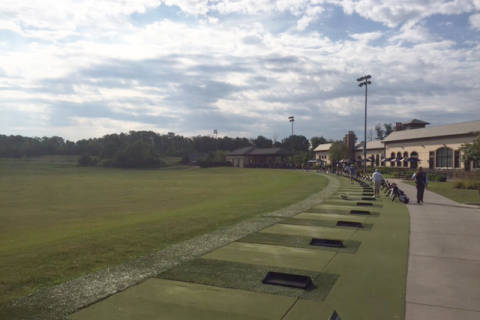 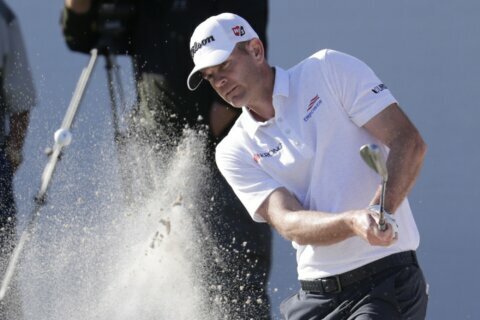 Steele takes 1-shot lead at midpoint of The Honda Classic