With family members looking on, the U.S. Secret Service held a sunrise wreath ceremony Monday to honor Leslie Coffelt — the sole officer in the agency’s history to die protecting a president — who was killed 70 years ago, across the street from the White House. 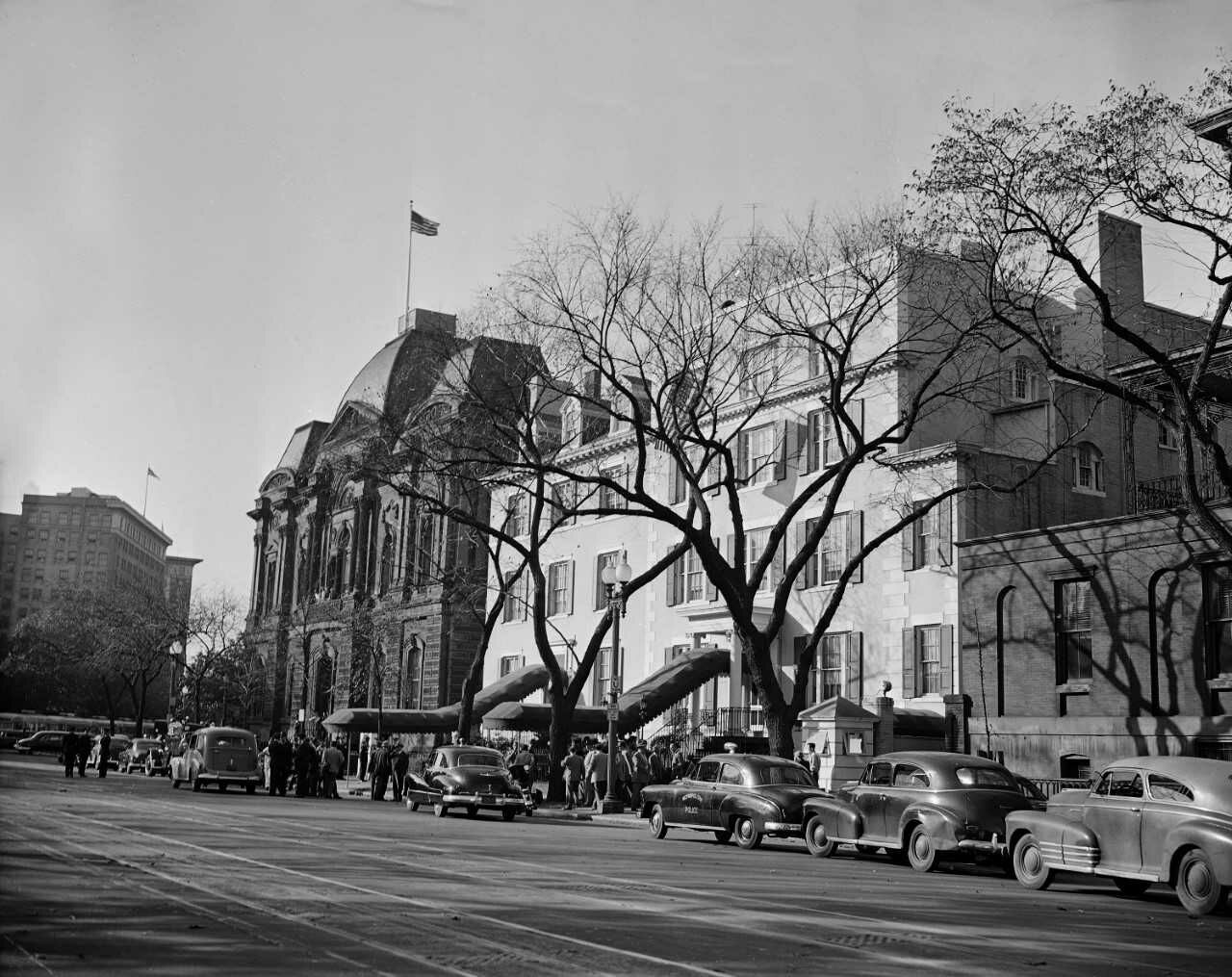 On Nov. 1, 1950, a White House police officer was killed on Pennsylvania Avenue, outside Blair House, where President Harry Truman was taking a nap on the second floor. Truman was living in Blair House while the White House was being repaired and remodeled. 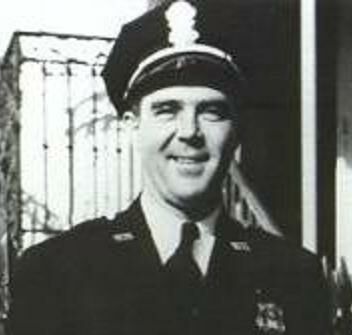 “He came to work on November 1, 1950, probably not expecting anything different,” said Chief Thomas Sullivan, of the U.S. Secret Service Uniformed Division, standing in front of Blair House on Monday. 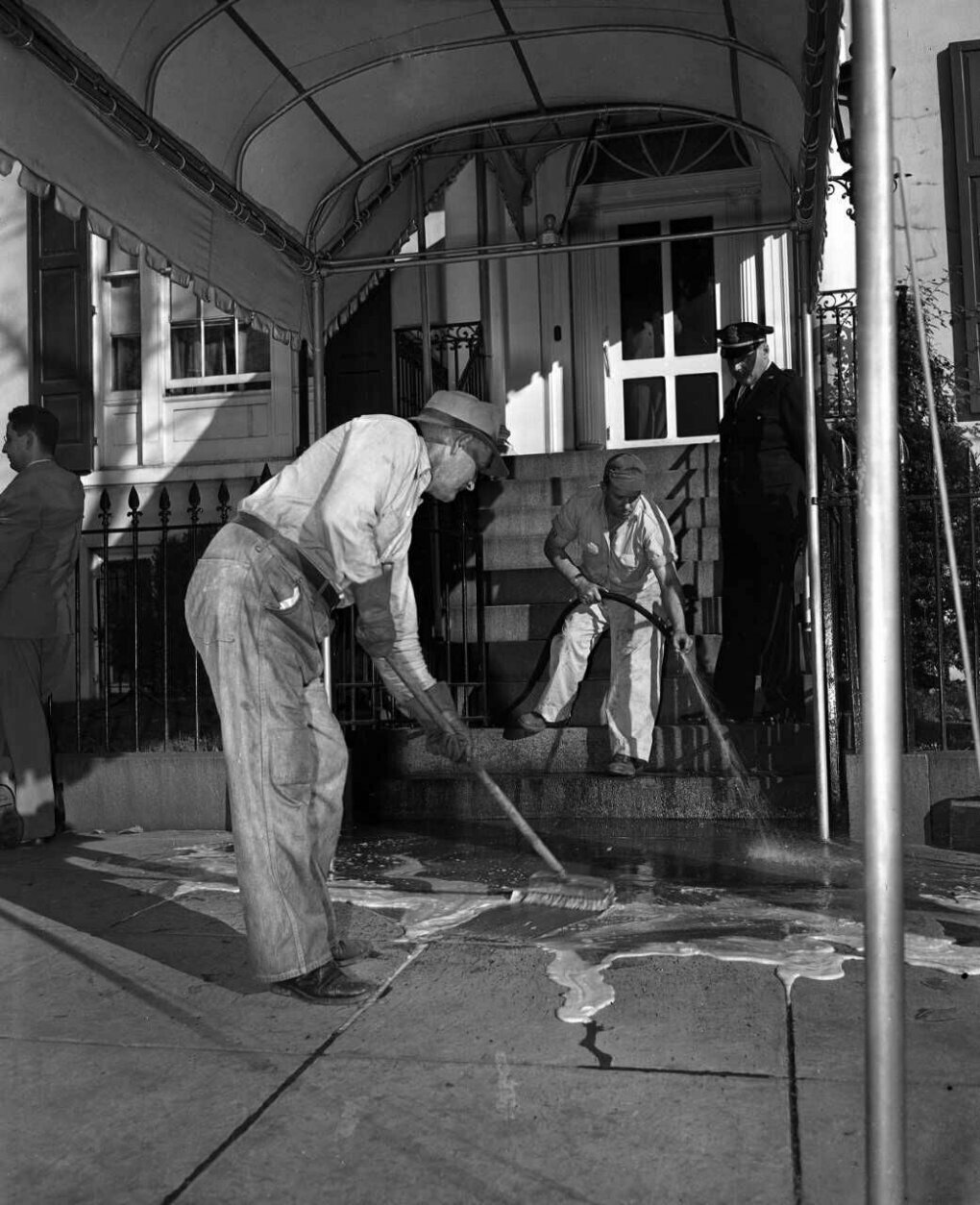 “Shots were fired,” Sullivan said. “Officer Coffelt was hit three times, in the abdomen. He got out of the booth, mortally wounded, fired one round at a gentleman who was trying to go up the steps here at Blair House, and hit him in the back of the head. He stopped him from going in the front door, from 31 feet away, with his revolver.” 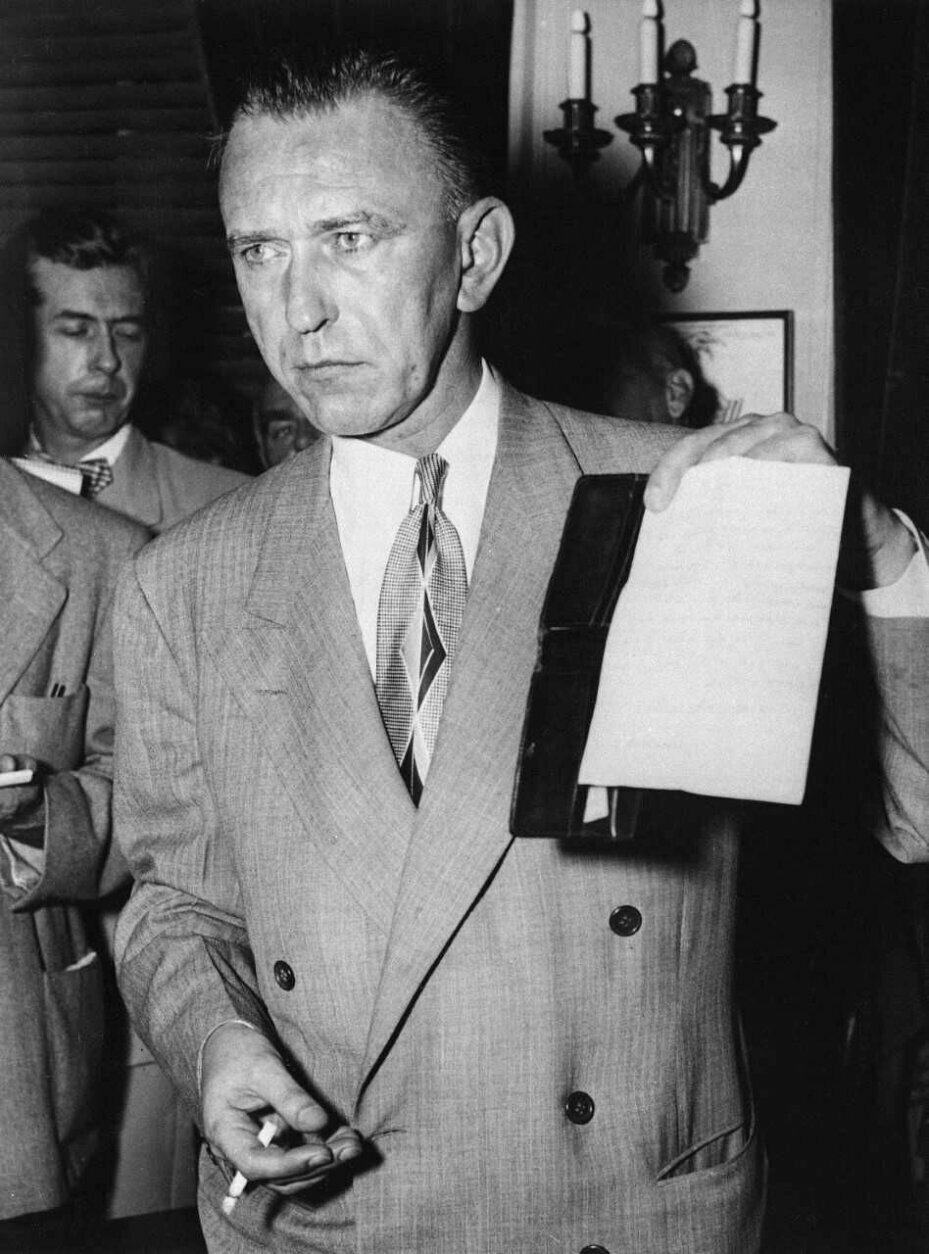 U. E. Baughman, chief of the Secret Service, displayed the wallet and letter found on the body of Griselio Torresola, who was killed by Officer Coffelt. The letter was from Pedro Albizu Campos, leader of the Puerto Rican Revolutionary Party.

Collazo was convicted of first-degree murder and sentenced to the death penalty. Later, Truman commuted the sentence to life in prison. In 1979 Collazo was released and sent back to Puerto Rico. 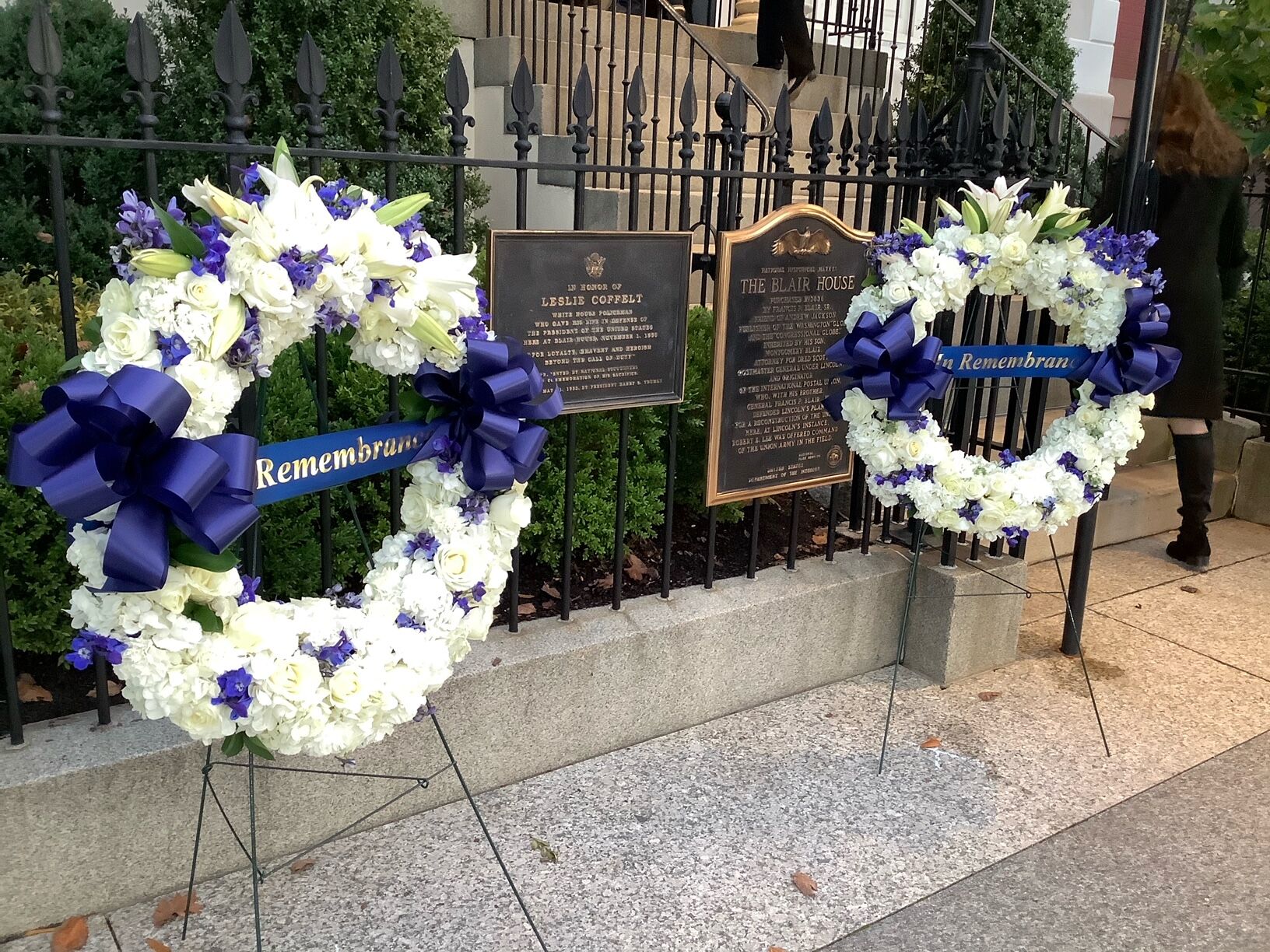 5/6
There is a plaque outside Blair House, which marks where Officer Coffelt lost his life. (WTOP/Neal Augenstein)

Monday morning, as the sun rose, a wreath ceremony was held on Pennsylvania Avenue in front of Blair House. Every year, on the anniversary of Coffelt’s death, the agency honors his heroism.

Coffelt’s family looked on as Taps was played by a bugler standing on the closed-to-traffic avenue between the Old Executive Office Building and the White House. 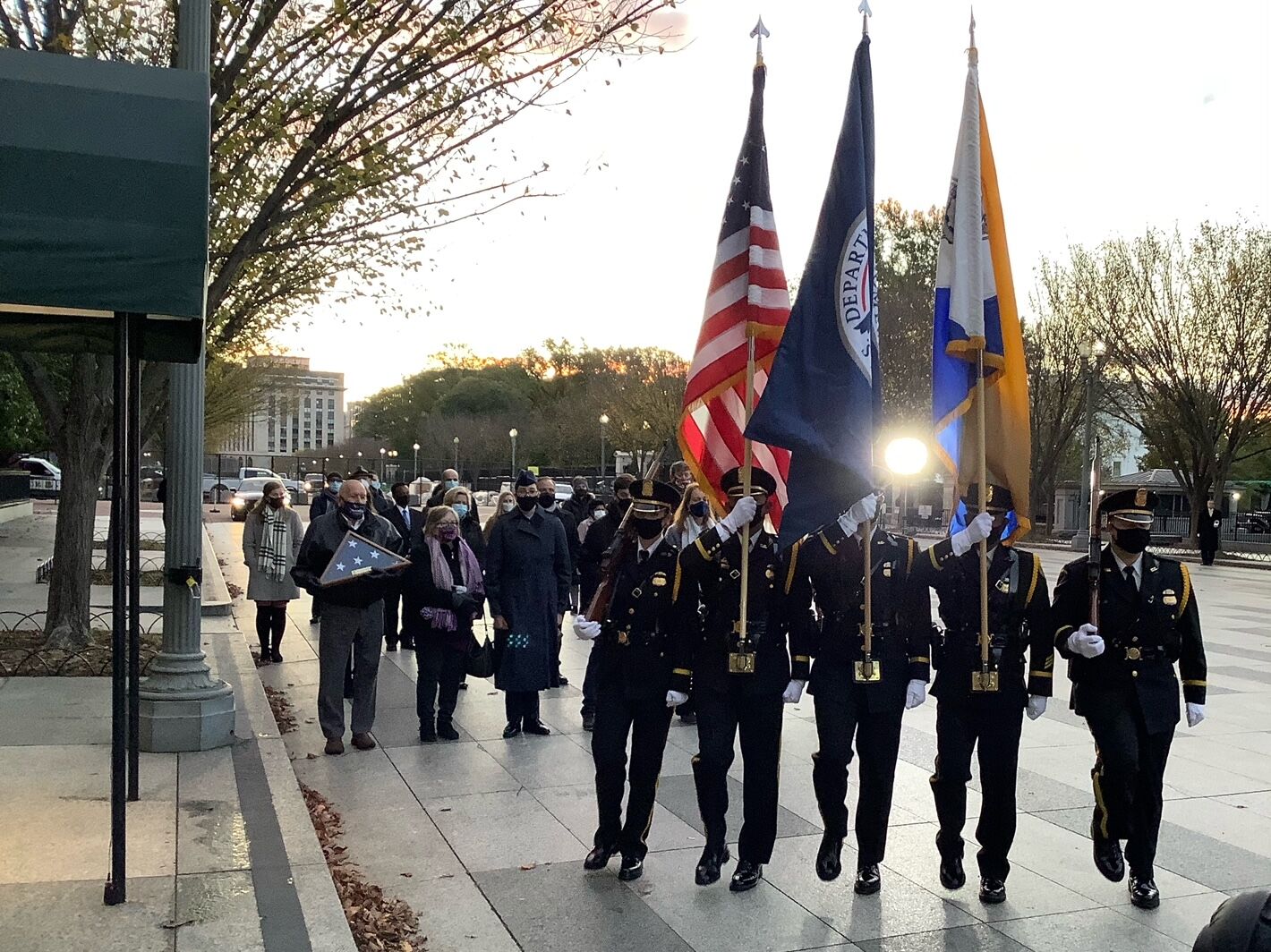 The solemn wreath ceremony took place as the sun rose in Washington, D.C.

Two other guards, Donald Birdzell and Joseph Downs, were shot in the attempted assassination, but recovered.

President Truman dedicated the memorial plaque on the fence of Blair House on May 21, 1952, calling Coffelt “one of the the most pleasant officers on the force, and one of the ablest.”

“It brought home to me the fact that it is not the president who is in danger on occasions of this kind, but it is the men who guard him,” Truman said. 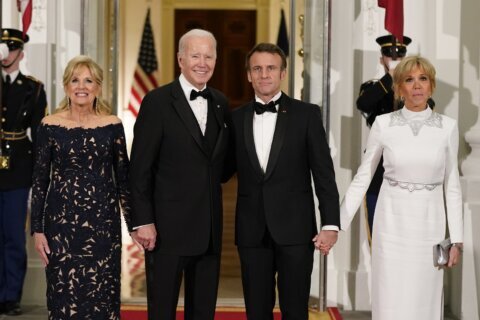 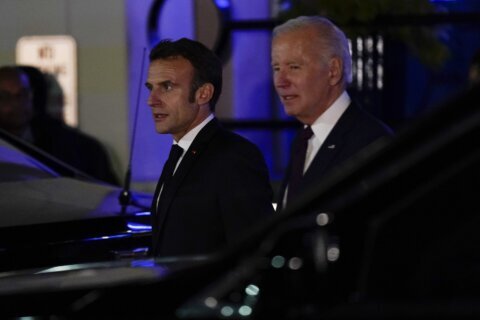 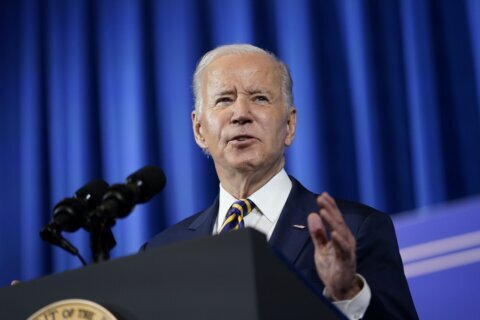