Now that the 2020 Olympics are behind us, the world’s attention turns to the 2020 Paralympic Games in Tokyo, which will host 539 events across 22 sports contested at 21 venues.  The games begin with the opening ceremony on Aug. 24 and end Sept. 5, with a day of competitions and the Closing Ceremony.

Paralympic legends Tatyana McFadden and Jessica Long hail from the D.C. region — and they have quite an impressive array of company headed to Tokyo (although notably, without Baltimore swimmer Becca Meyers; the six-time medalist withdrew because she couldn’t bring her assistant/mother).

Here are some of their fellow D.C.-area Paralympians, complete with their classification and events in which they will compete. 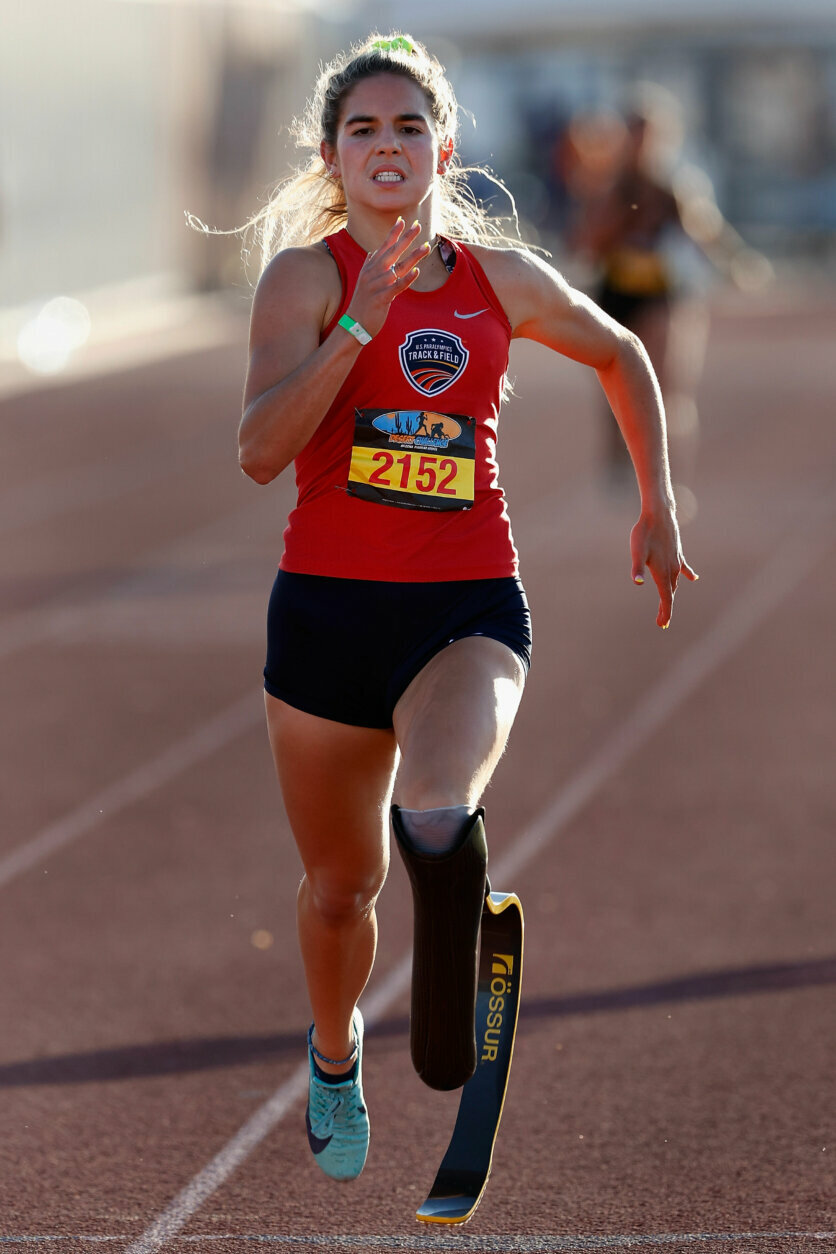 Notable facts: At just 17 years old and entering her senior year at National Cathedral School, Barta will compete in her first Paralympics as one of the youngest track and field athletes for Team USA. She took home gold in the 100- and 200-meter at the 2019 World Para Athletics Junior Championships and is currently ranked fifth in the world in the 100-meter. Barta, who lost her left leg in a scaffolding accident when she was 6 years old, was named U.S. Paralympics Track & Field High School Female Field Athlete of the Year in 2019 and is a two-time U.S. Paralympics Track & Field High School All-American. 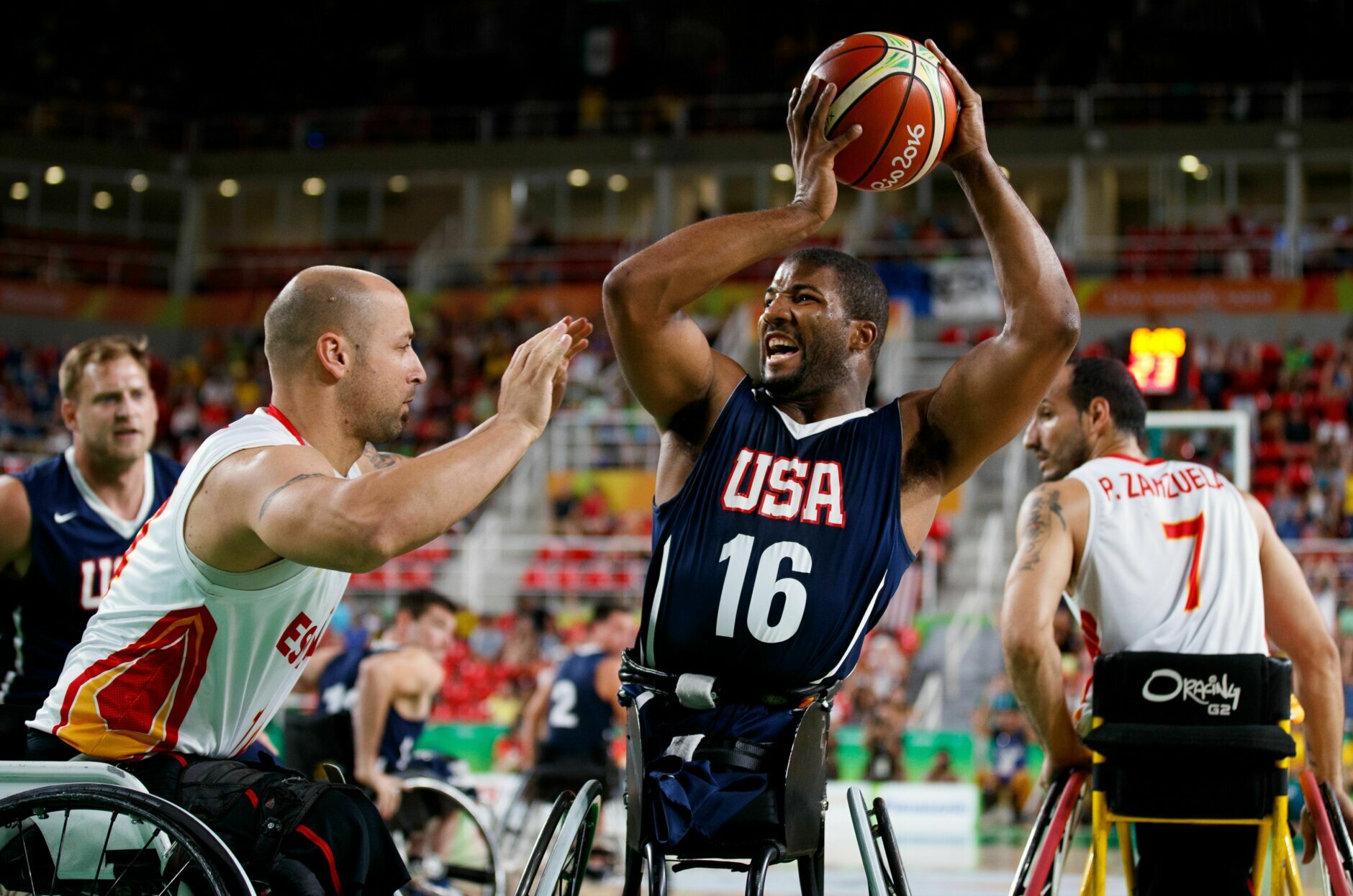 2/10
Trevon Jenifer, USA, controls the ball during the Men’s Gold Medal Match Wheelchair Basketball against Spain in the Rio Olympic Arena during the Paralympic Games in Rio de Janeiro, Brazil, on Sept. 17, 2016. (Simon Bruty for OIS/IOC/AFP via Getty Images)

Notable facts: Jenifer will compete in his third Paralympics after helping Team USA bring home gold in 2016 and a bronze medal in the 2012 Games. The Huntingtown High School graduate never let his congenital amputation stand in the way of also dominating in wrestling — Jenifer finished third in his weight class at the Maryland state tournament his senior year against able-bodied wrestlers. He also competed in track in high school and began his wheelchair basketball career with Air Capital, in D.C. 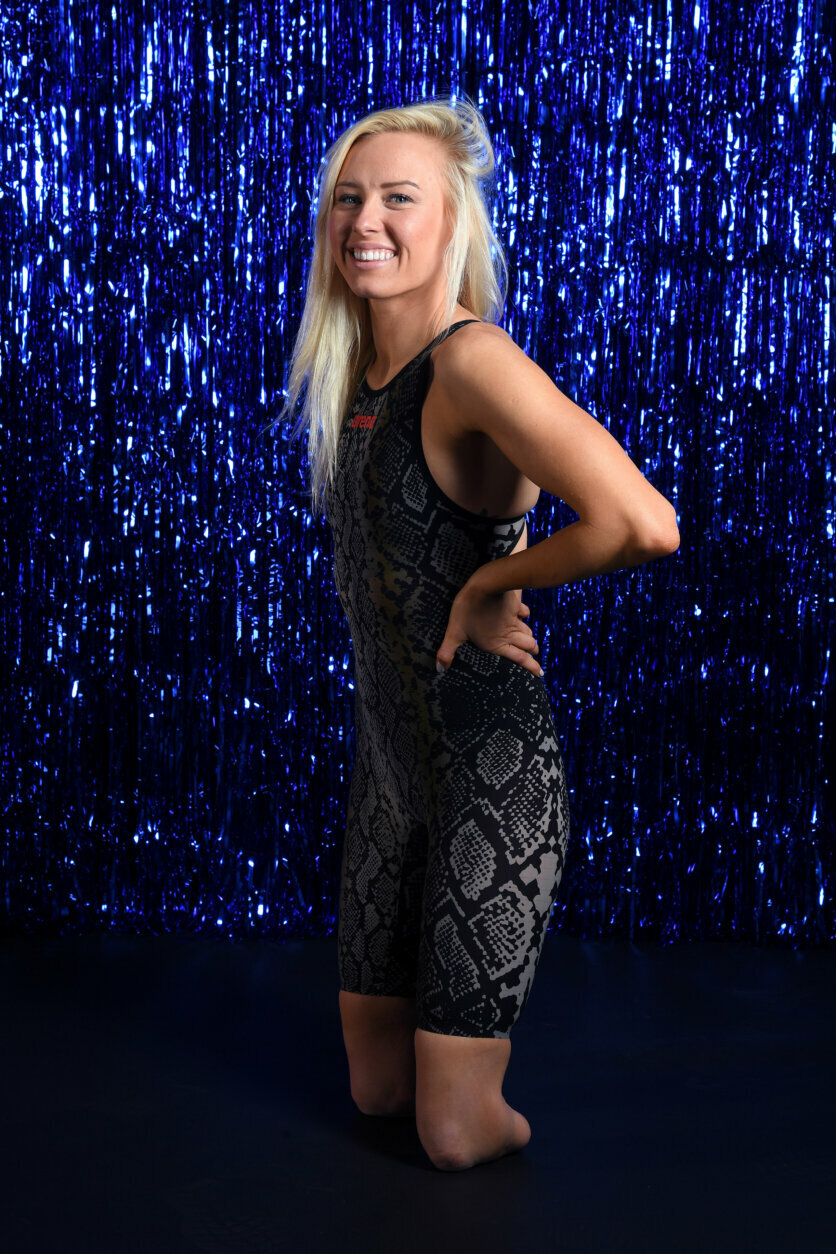 Notable facts: In some circles, Long is dubbed the Michael Phelps of the Paralympics — she even calls Baltimore home. She enters her fifth Paralympic Games as the second-most decorated Paralympian in Team USA history, collecting 23 total medals (13 gold, six silver, four bronze). Long, who was born with fibular hemimelia and whose legs were amputated at 18 months old, has an incredible story that includes her adoption from a Russian orphanage to becoming a model and international star featured in a Super Bowl commercial. 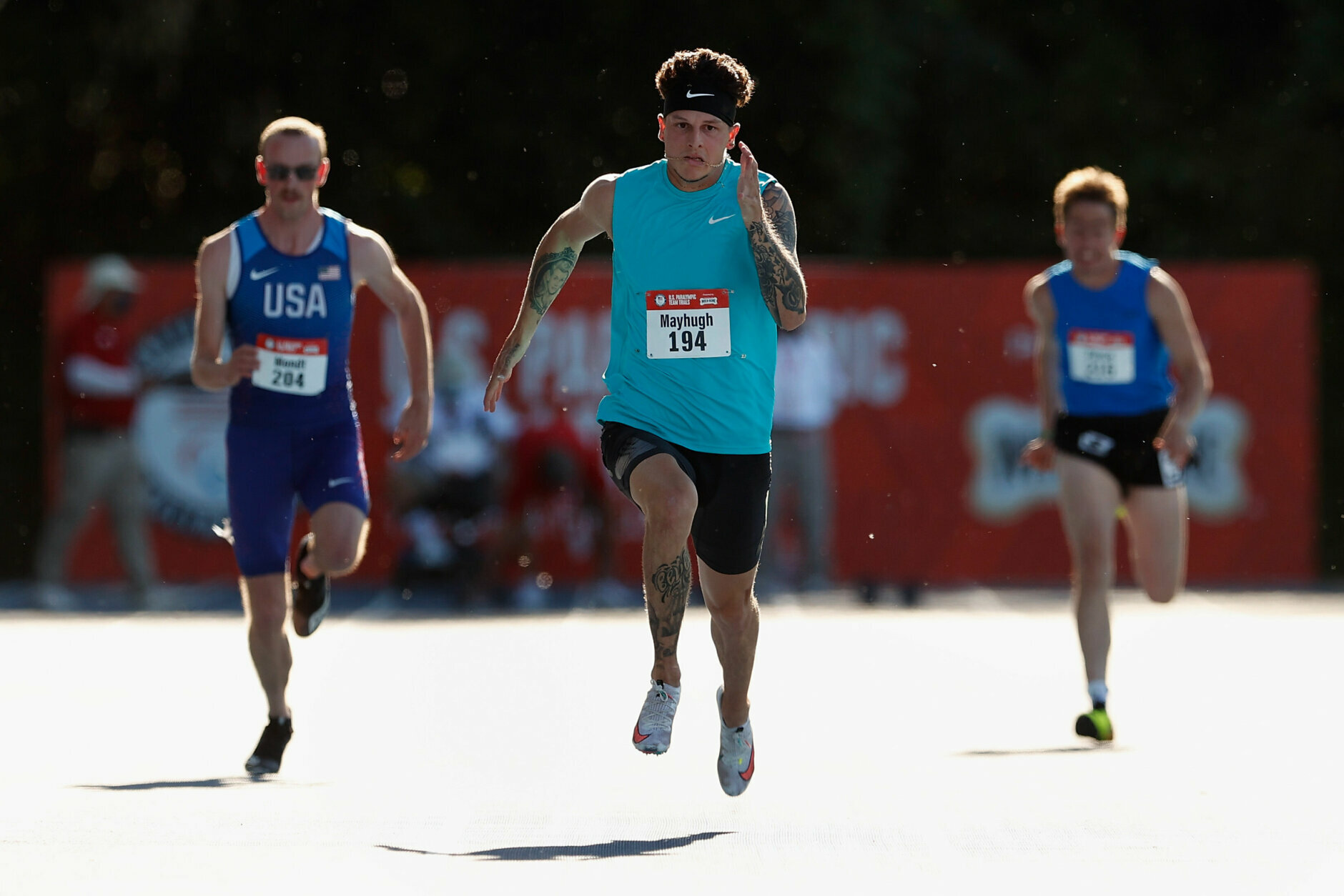 Notable facts: The Patriot High School graduate had to make the move from international soccer to track in order to live out his Paralympic dream. To say it’s a successful transition is an understatement; Mayhugh holds the world record in the 100-meter and the American record in the 200-meter in his classification (T37 is for athletes with cerebral palsy). He is also ranked first in the world in those two events.

Oh, by the way, Mayhugh is also an exceptional soccer player — he was the U.S. Soccer Player of the Year with a Disability in 2019 and scored 34 goals for the U.S. Paralympic soccer team, adding 31 assists in 25 games. 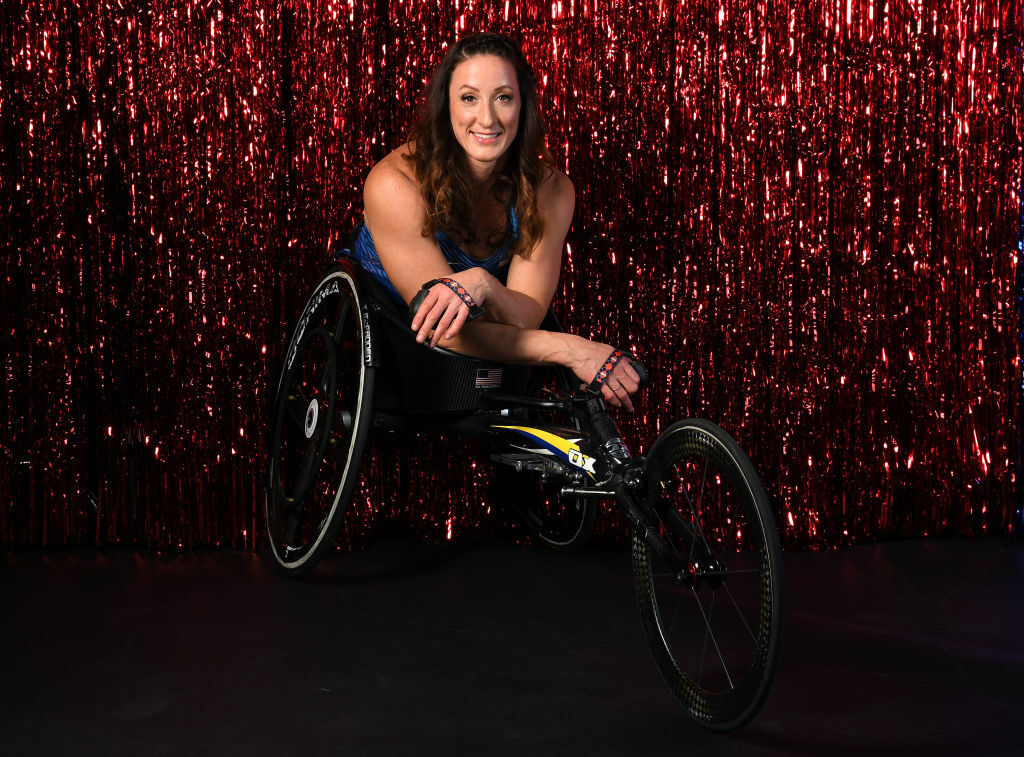 Notable facts: McFadden is one of the most decorated and recognized athletes at the Paralympic Games. In 2004, McFadden, then 15, was the youngest member of the 2004 U.S. Paralympic Track & Field Team while still a student at Atholton High School. She heads to her sixth Paralympics having amassed 17 total medals (seven gold, seven silver, three bronze) in the Games and 20 more (16 gold) in World Championships.

Much like Jessica Long, McFadden was adopted from a Russian orphanage and grew up in Maryland. It was there that McFadden, who is paraplegic due to congenital spina bifida, would find a love of competition that would make her one of the faces of Team USA. 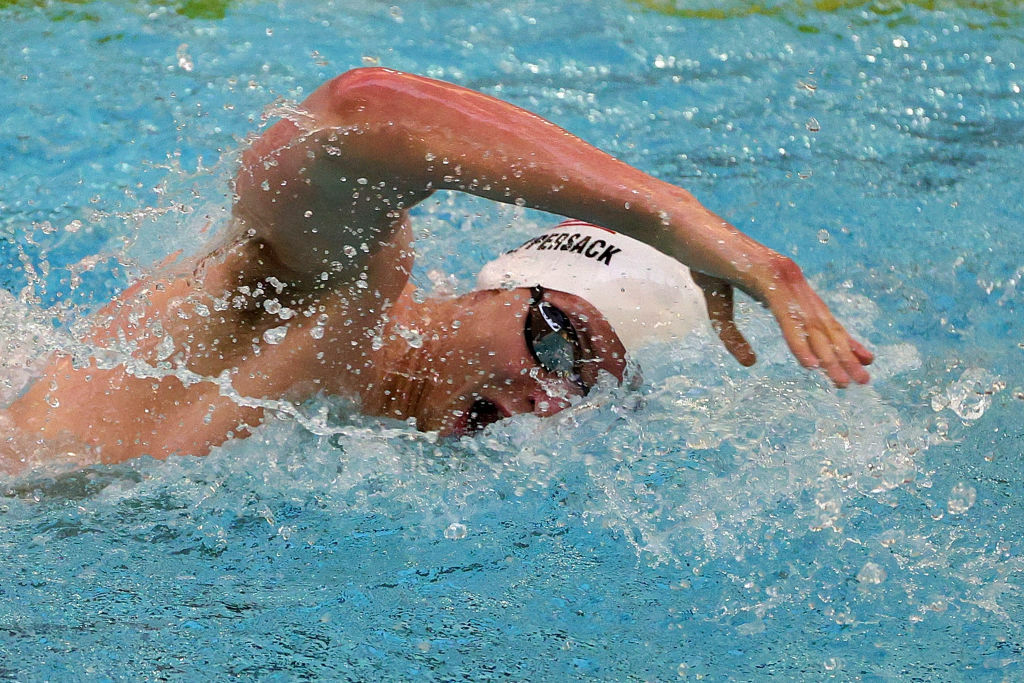 6/10
Joey Peppersack of the United States competes in the men’s 100m Freestyle finals during day 2 of the 2021 U.S. Paralympic Swimming Trials at the Jean K. Freeman Aquatic Center on June 18, 2021 in Minneapolis, Minnesota. (Getty Images/Stacy Revere)

Notable facts: The first-time Paralympian is coming off a successful swimming career at University of Mary Washington and was named Virginia’s Disability Swimmer of the Year in 2014. Peppersack, who had his right leg amputated because of a congenital condition known as tibial hemimelia, will swim alongside fellow Eagle Zachary Shattuck in the Paralympics. 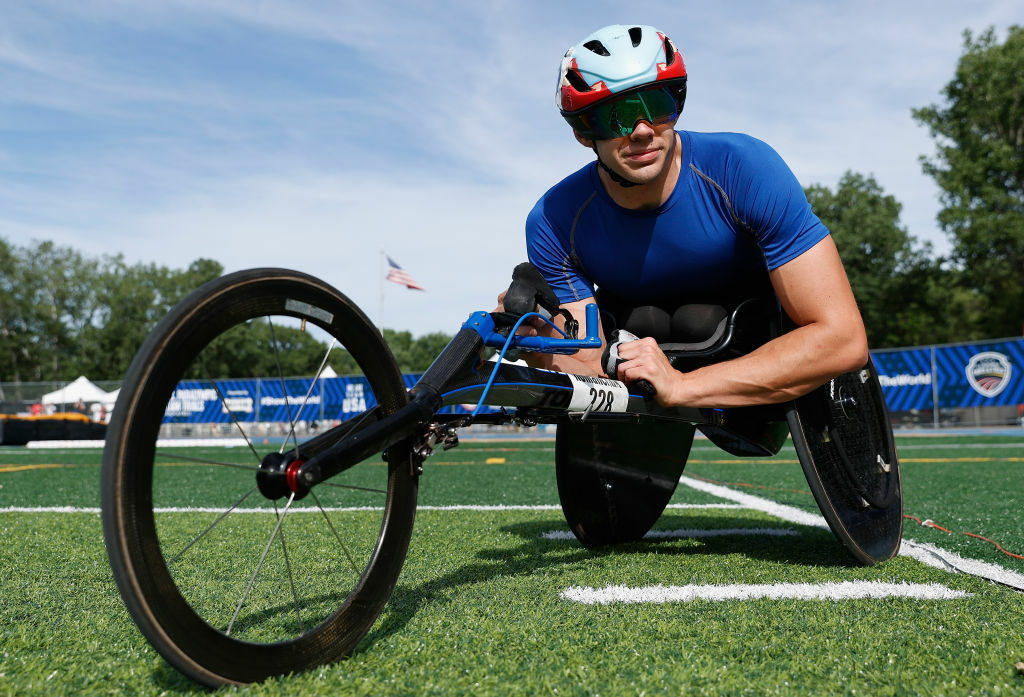 Notable facts: Romanchuk enters his second Paralympics as a heavy medal contender; the Mount Airy native won every single qualifier race at the Paralympic Team Trials, including a dominant performance in the 800-meter that fell only a second shy of the world record he holds. Romanchuk, who was born with spina bifida, also holds the 5,000-meter world record in his classification and won two gold medals at the 2019 World Championships. 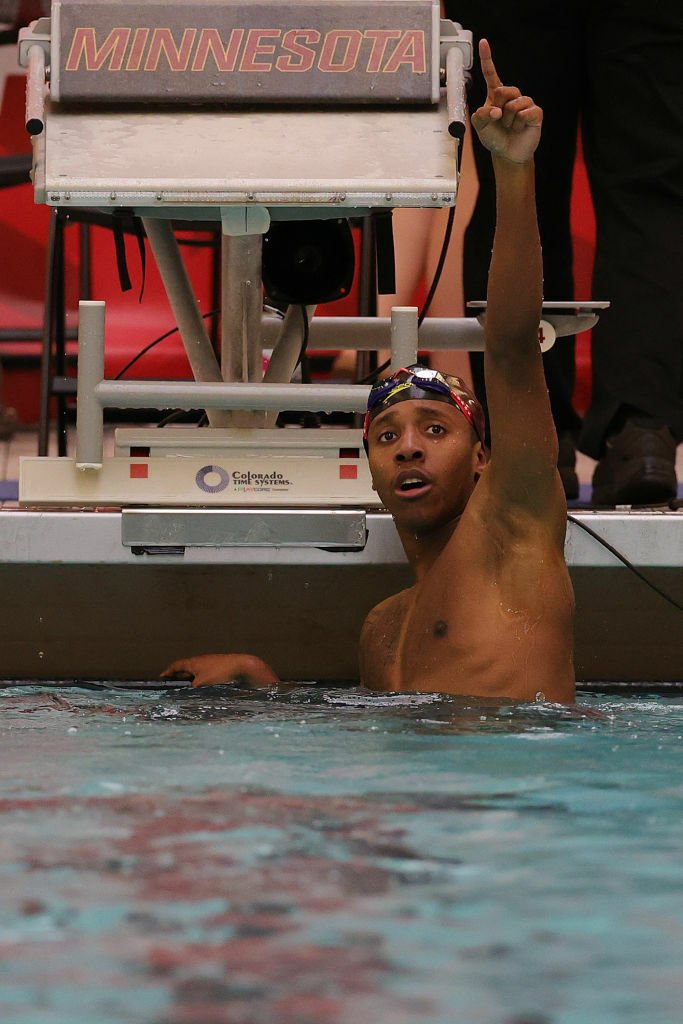 8/10
Lawrence Sapp, of the United States, reacts after completing the 200m Individual Medley during day 3 of the 2021 U.S. Paralympic Swimming Trials at the Jean K. Freeman Aquatic Center on June 19, 2021, in Minneapolis, Minnesota. (Photo by Stacy Revere/Getty Images)

Notable facts: Sapp’s 20th birthday falls on the same day as the closing ceremony at his first Paralympics. Sapp is already one of the more impressive swimmers to come out of the famed Nation’s Capital Swim Club, earning two medals (gold and silver) in the 2017 and 2019 World Championships.

Sapp, who was diagnosed with developmental delay at the age of 2 and autism as a teenager, set two American records at the Paralympic Team Trials and is said to be one of the first two male USA swimmers with intellectual impairments to qualify for the Paralympics. 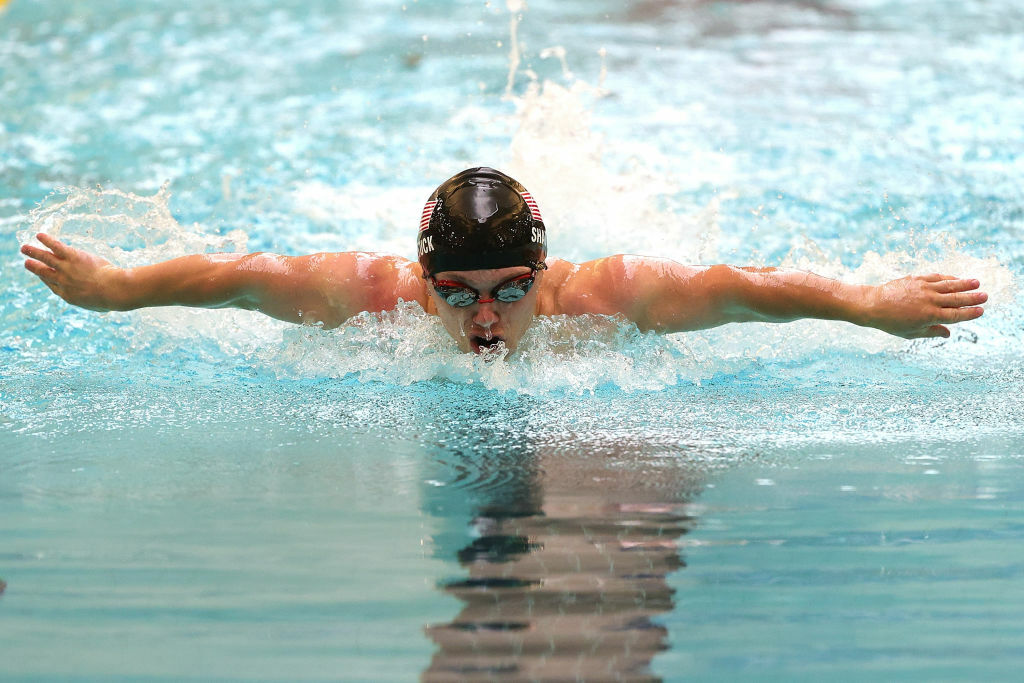 9/10
Zachary Shattuck, of the United States, competes in the men’s 200m individual medley during Day 3 of the 2021 U.S. Paralympic Swimming Trials at the Jean K. Freeman Aquatic Center on June 19, 2021, in Minneapolis, Minnesota. (Stacy Revere/Getty Images)

Notable facts: The first-time Paralympian became a competitive swimmer in 2013 and swam all four years at Frostburg State University. The South Carroll High School product had all top 10 finishes at the 2017 World Championships, including a bronze medal in the 34 pt. 4×100-meter medley.

Shattuck, who has a rare form of dwarfism, was also an assistant coach for fellow Team USA swimmer Joey Peppersack at the University of Mary Washington. 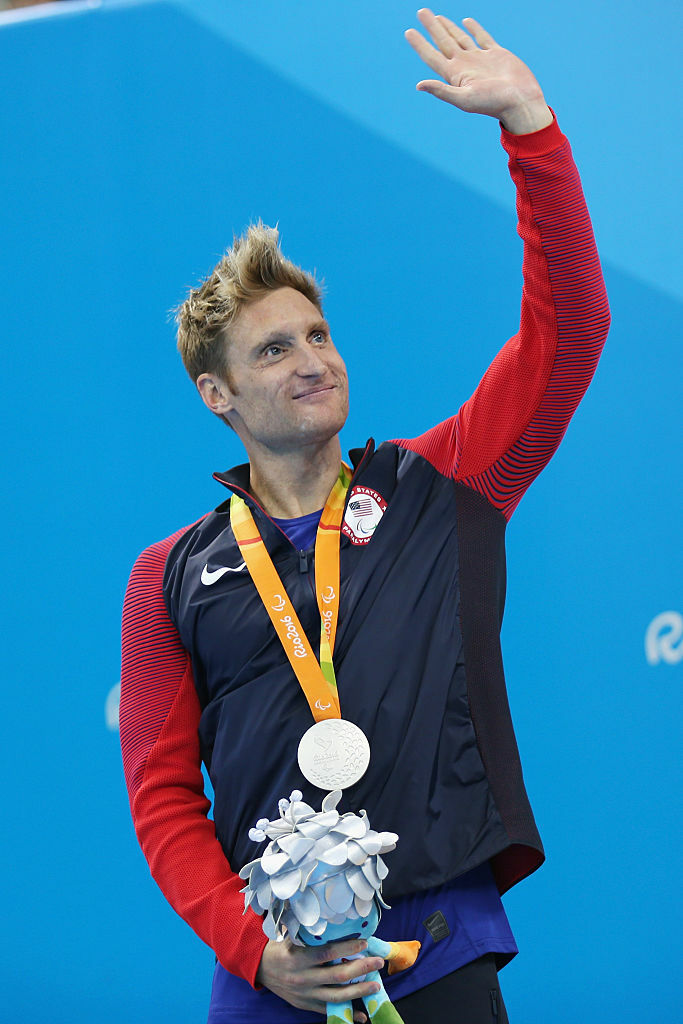 10/10
Silver medalist Bradley Snyder, of the United States, waves on the podium at the medal ceremony for the men’s 100m backstroke S11 on Day 2 of the Rio 2016 Paralympic Games at the Olympic Aquatics Stadium on September 9, 2016, in Rio de Janeiro, Brazil. (Friedemann Vogel/Getty Images)

Notable facts: Snyder is a native of St. Petersburg, Florida, but he’s remained in Maryland since matriculating at Navy, where he was captain of the swim team. Snyder, who was blinded by an IED in 2011 while serving in Afghanistan, has seven medals to his credit (five gold, two silver) across two Paralympic Games (2012, 2016). He has three more gold medals from World Championships and has become an international inspiration. 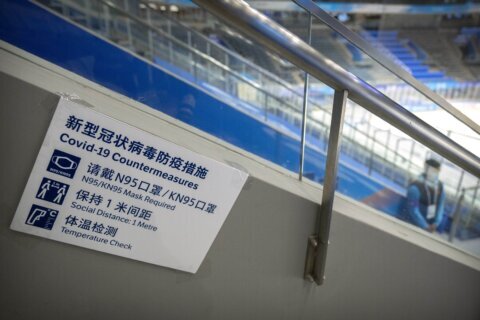