The coronavirus crisis meant Jake Gordon couldn’t have the Bar-Mitzvah he was hoping for. But with the help of technology, he and his family made it a significant event anyway. 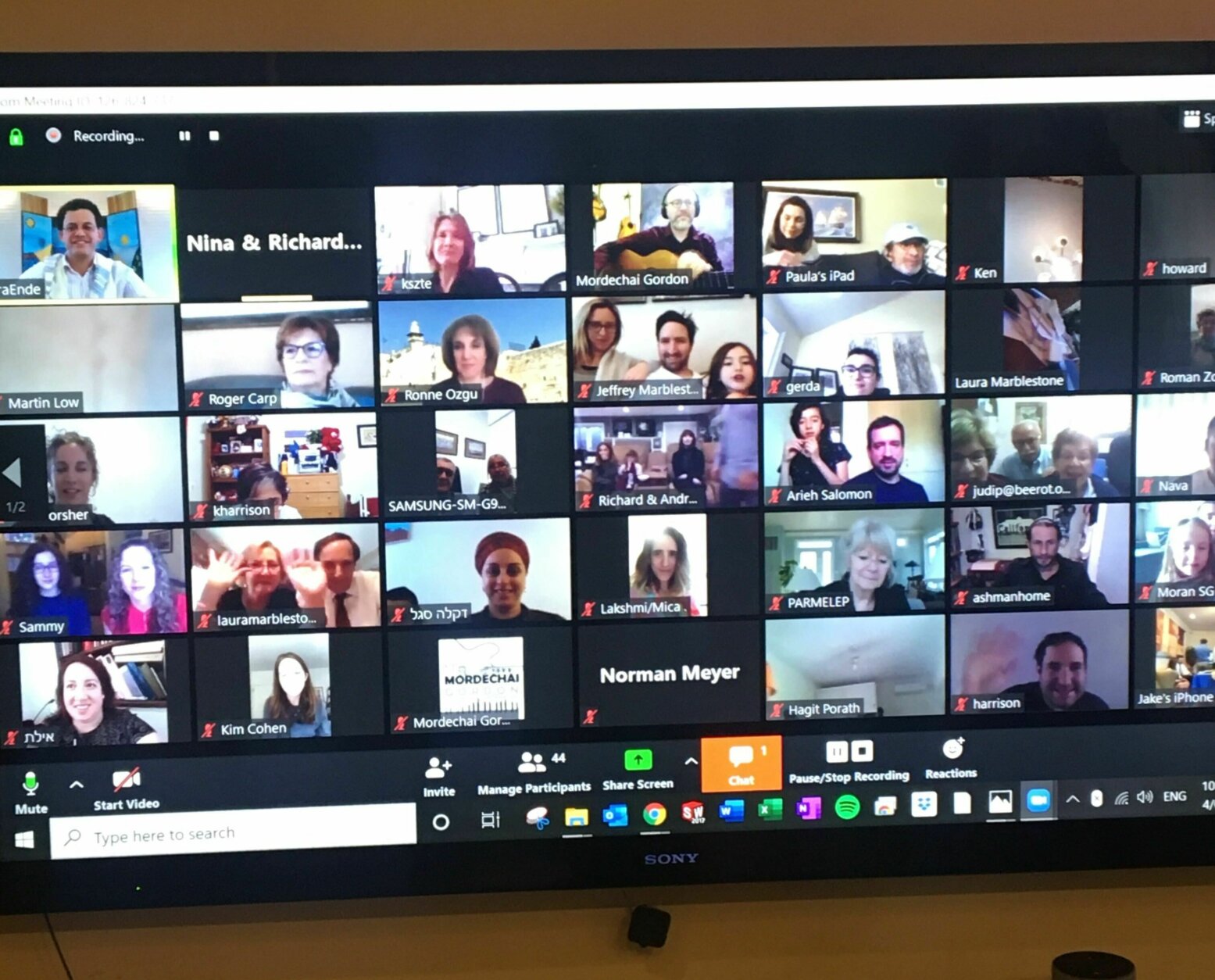 1/4
Jake Gordon couldn’t get to Jerusalem, but thanks to Zoom, he had a lot more people at his Bar-Mitzvah than he was expecting. (WTOP/Teddy Gelman)

As he chants his Torah portion in the living room of his Bethesda home, Jake Gordon isn’t having the type of Bar-Mitzvah he was expecting.

He and his family were supposed to be standing at the Western Wall in Jerusalem, surrounded by a small group of extended family and friends. But the coronavirus pandemic forced the Gordons to rethink their plans. Faced between postponing the Bar-Mitzvah to a later date or bringing it online, they decided to host the service on Zoom, the online videoconferencing platform that has hosted so many other events over the past few months.

“I didn’t want to reschedule because I worked on my Torah portion since the beginning of the school year, and it was really hard work,” Gordon said. “I didn’t want this whole virus to stop it from taking place.” 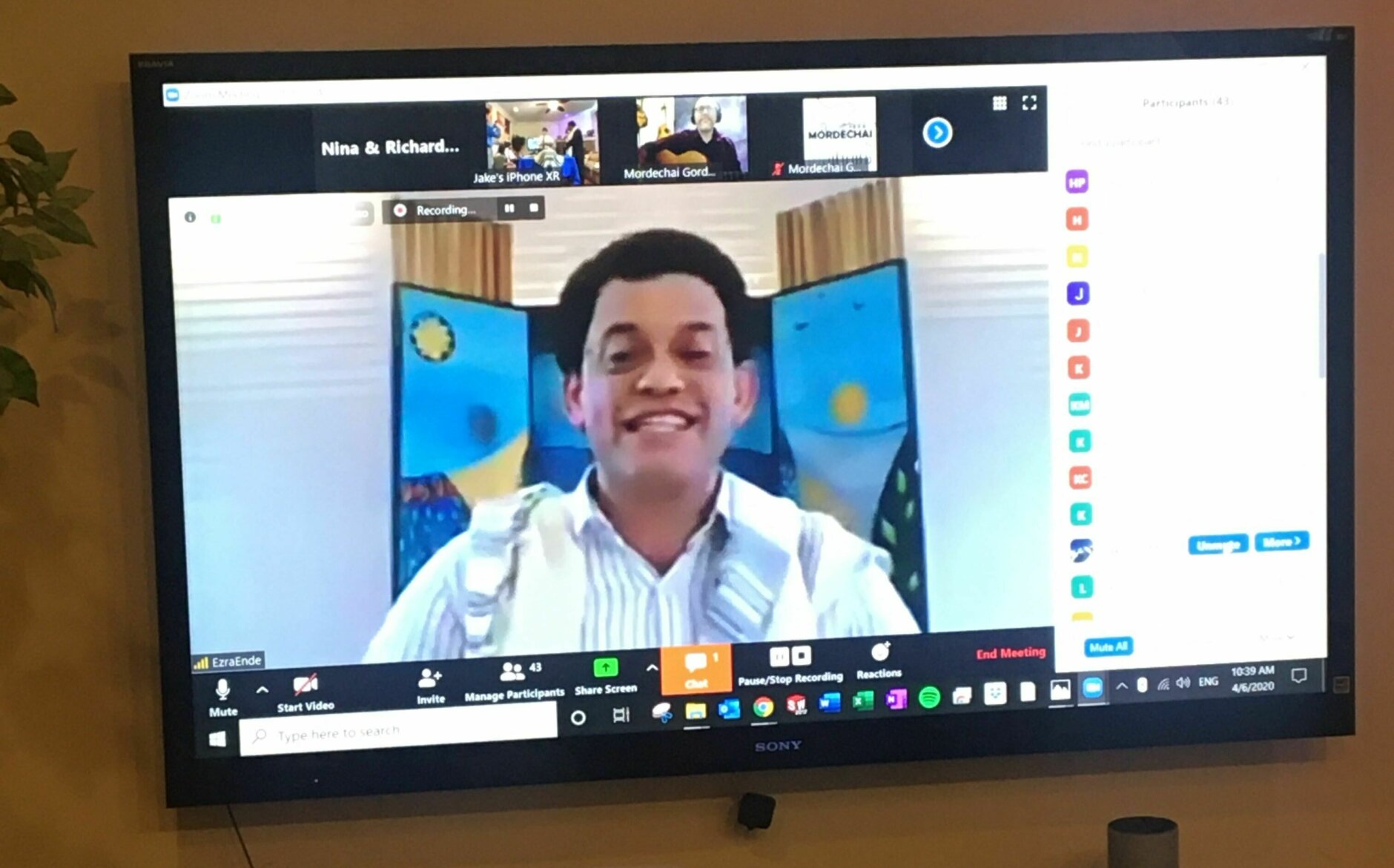 2/4
The rabbi was still able to officiate from Jerusalem. (WTOP/Teddy Gelman)

Spearheaded by Jake’s mom, Nina, the Gordons borrowed a Torah scroll from their synagogue in Potomac and coordinated two last-minute dress rehearsals with the rabbi who had planned to lead the service from Israel, along with a musician who served as the ceremony’s cantor. More than 50 families from across the world joined the service this past Monday.

“We consider ourselves especially blessed, because many more people are able to join us in this way, overcoming the troubled times and tragedy, than could’ve traveled with us to Israel,” Nina Gordon said during the service.

Rabbi Ezra Ende led family and friends through a typical B’nai Mitzvah service of song and prayer, lasting about 90 minutes. Jake chanted 14 verses from the Torah, then explained how his portion relates to Passover and to the 10 plagues of Egypt. 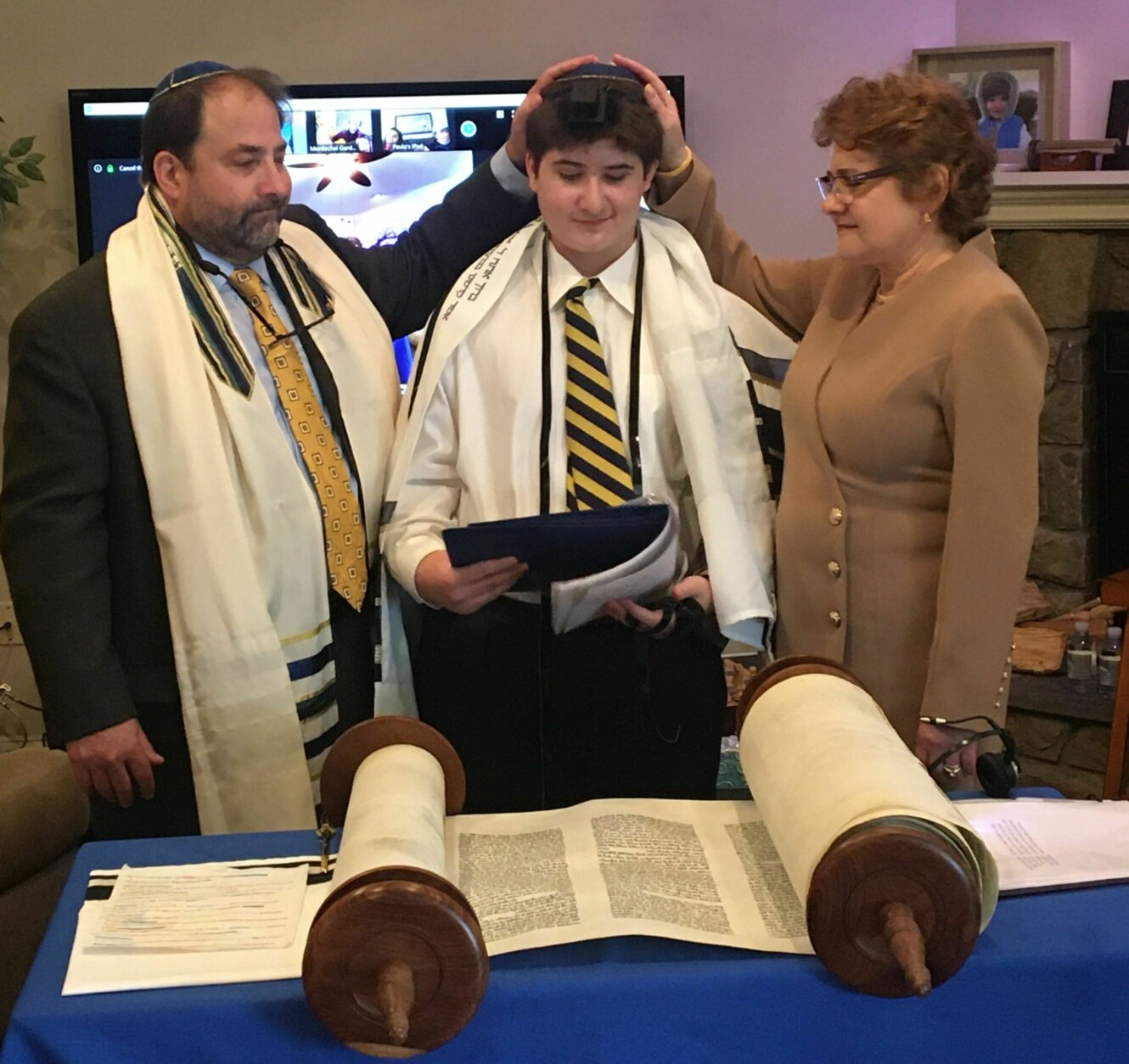 3/4
Jake Gordon with his parents, Richard and Nina (WTOP/Teddy Gelman)

“It’s amazing to see how your Torah portion is appropriate to our times,” Ende said. “You talked about the fact that we have to stay at home, the people of Israel need to stay at home, in order for the plague to not enter their house. Are we talking about then or now?”

During his speech, Gordon thanked family and friends for their flexibility and willingness to join the virtual service. He said later that while he thinks it would’ve been more special to have the service in person, it went a lot smoother than he imagined.

“It brought a lot of happiness and positivity that I could see my family and friends and everyone was on my side, everyone was supporting me, and that really made me feel better,” he said. “I think there still was a lot of meaning and it was emotional because the whole ceremony was still happening and the rabbi made it feel like I was in a synagogue.” 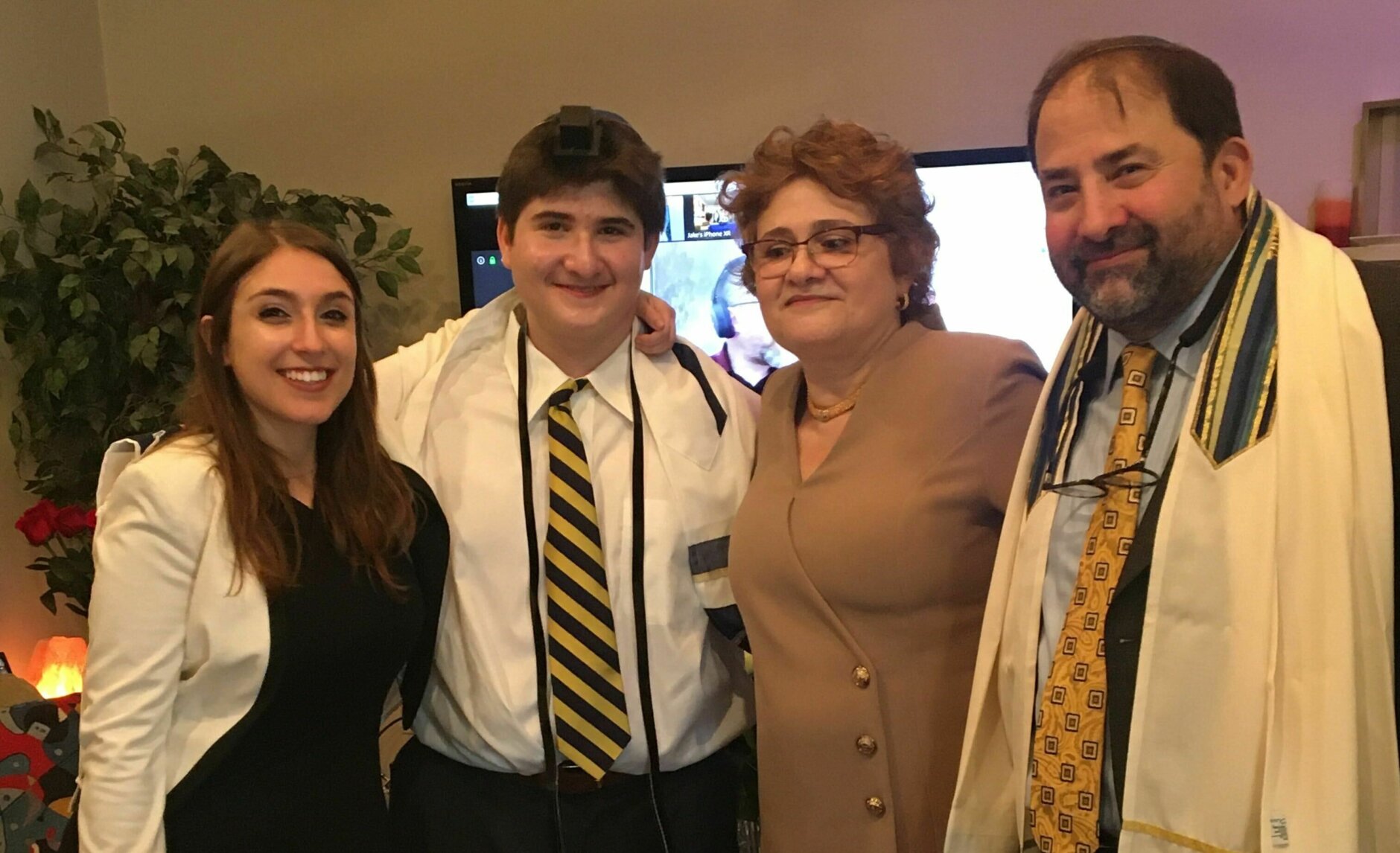 4/4
Jake Gordon with his parents and his sister, Ariel. (WTOP/Teddy Gelman)

The Gordons hope to travel to Israel next year to see some of the places they had hoped to visit this month.

As he reflected on his Bar-Mitzvah, Jake said he’s grateful for the technology and the joy that came from it.

“During this negative time, it was nice to have some positivity with all the family and friends that were supporting me and cheering me on,” he said.