Over five months after winning the National Women’s Soccer League Championship, the Washington Spirit finally celebrated their title victory in front of their fans while also starting the new season on the right foot, defeating OL Reign 2-1 in front of 10,771 at Audi Field Sunday afternoon.

Ashley Hatch’s header goal midway through the second half sealed the win for Washington, who has not lost in 18 competitive matches. Ashley Sanchez opened up the scoring for the Spirit, hitting a curling shot after receiving a backheel pass from Anna Heilferty.

Rose Lavalle tied the game for the Seattle-based club in the 53rd minute, tapping in a close-range shot to score against her former team.

After the match, players for the 2021 Spirit roster were handed their championship rings by the club’s majority owner Michele Kang. D.C. Mayor Muriel Bowser also attended the post-game festivities and issued a declaration that Nov. 20 — the day Washington won the NWSL Championship — is Washington Spirit Day. Grammy-winning performing artist Ella Mai closed up the celebration with a live concert.

Washington and OL Reign will face each other again on Wednesday in the semifinals of the NWSL Challenge Cup. The game will take place at 8 p.m. at Audi Field. 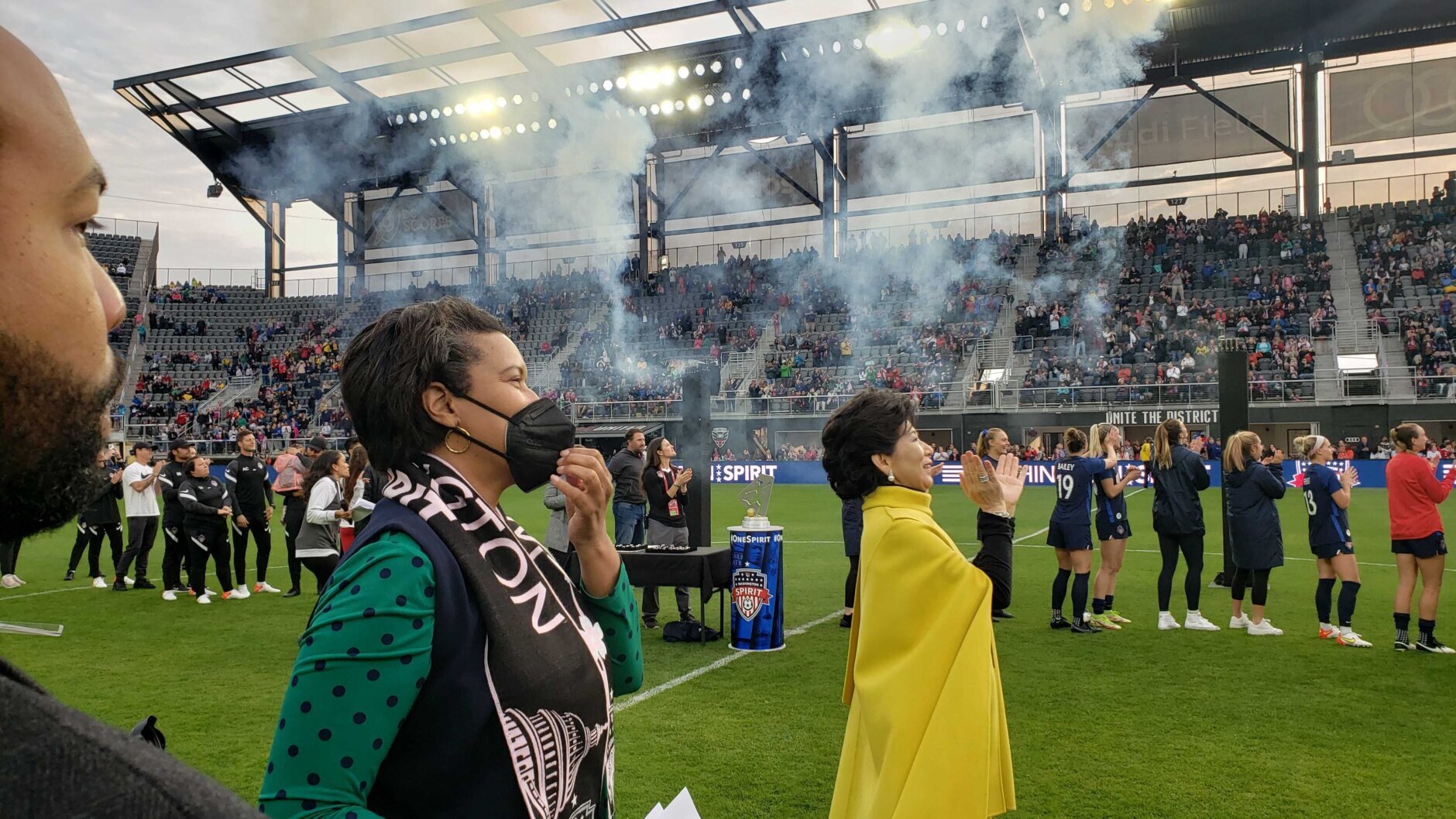 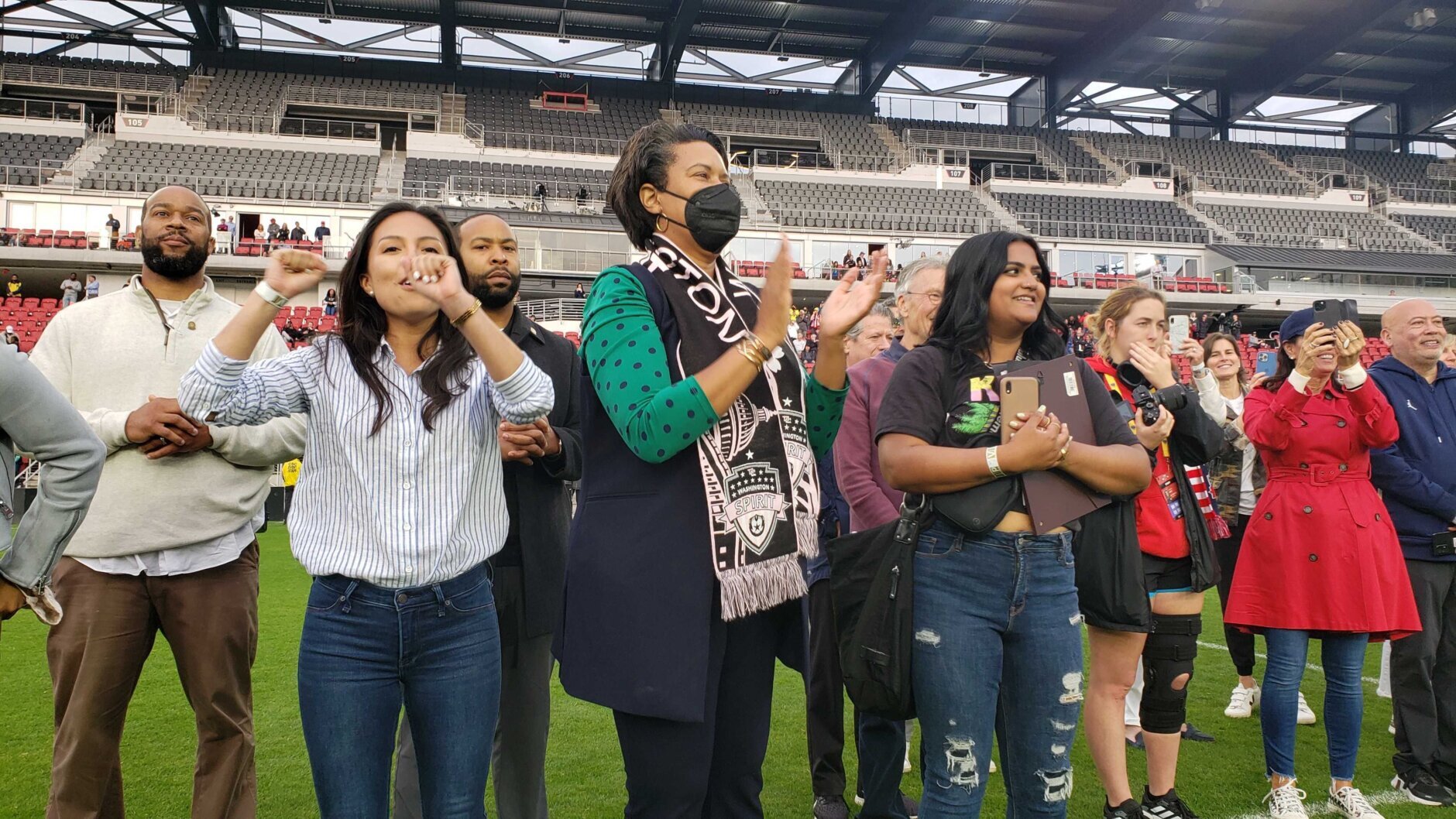 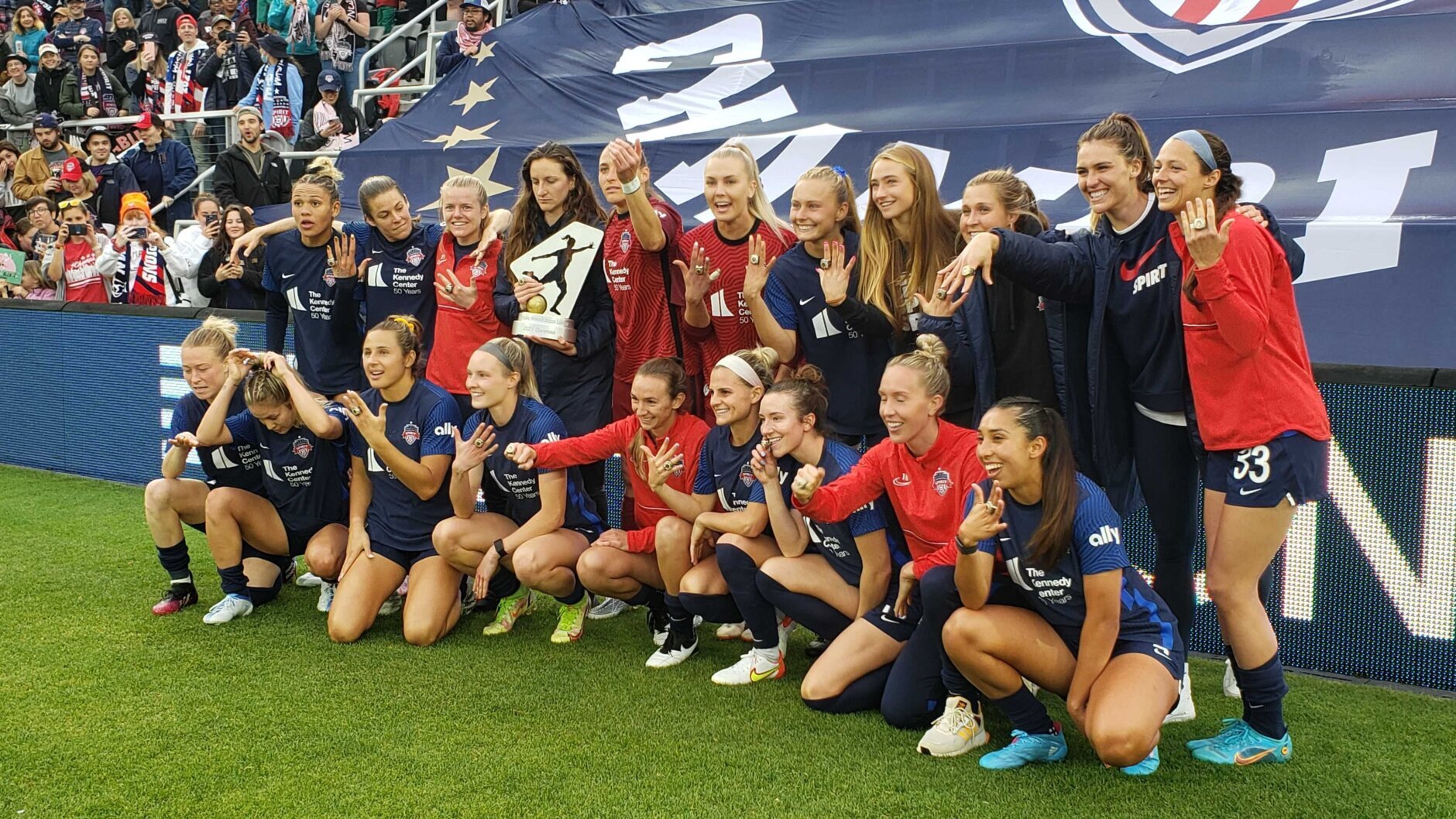 3/6
The Washington Spirit finally celebrated their title victory in front of their fans while also starting the new season on the right foot, defeating OL Reign 2-1 in front of 10,771 at Audi Field Sunday afternoon. 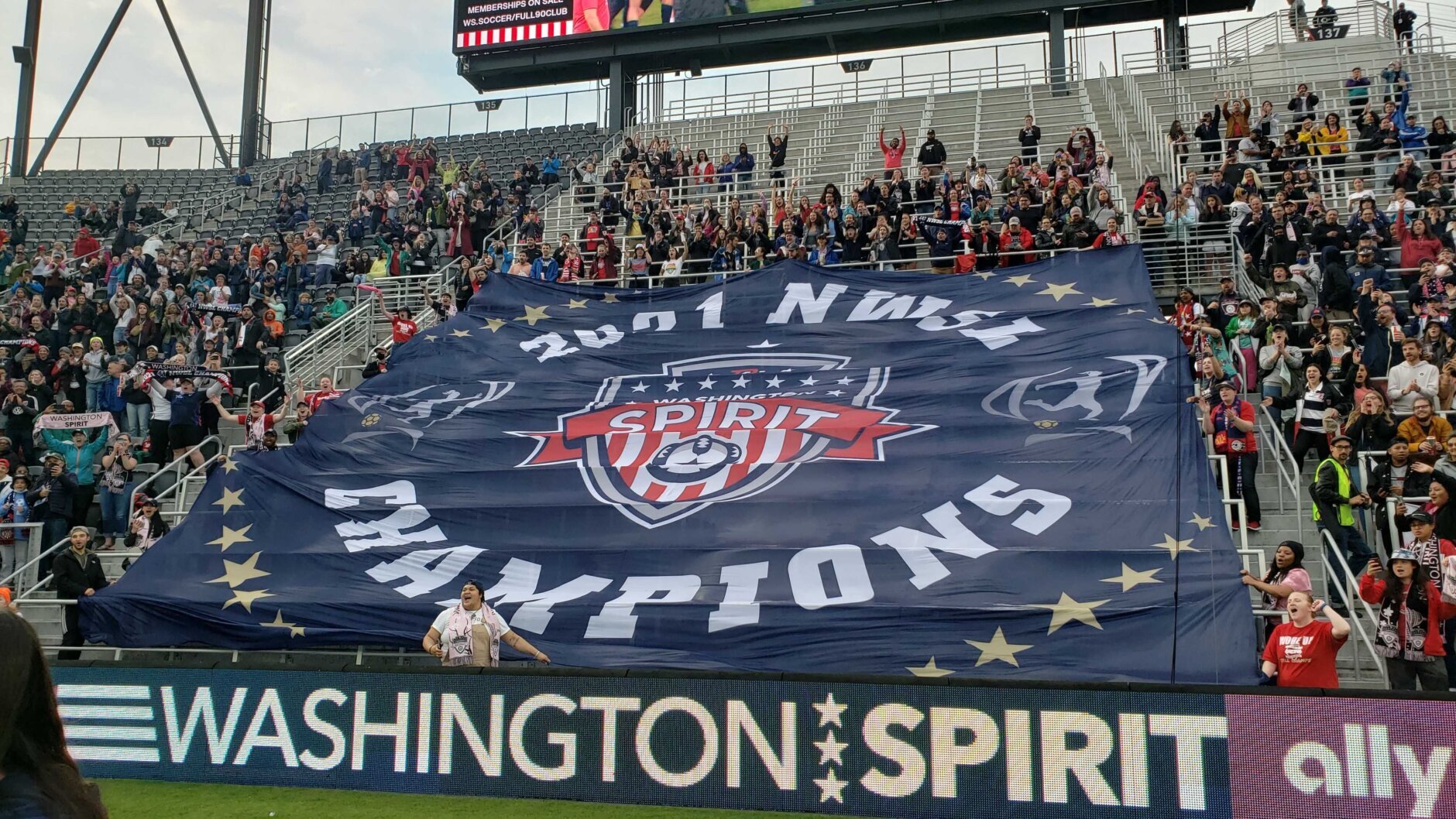 The @WashSpirit come together before their lap of honor for one more huddle. #OneSpirit pic.twitter.com/hwAMrKqAvl 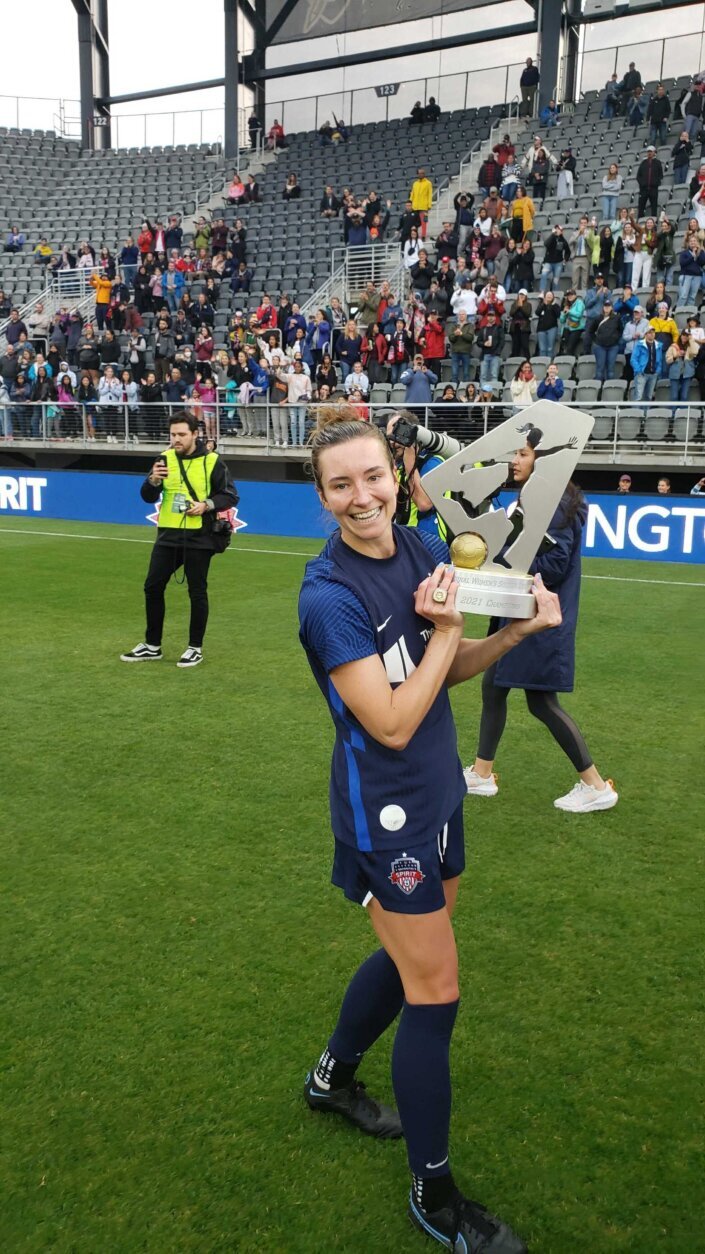 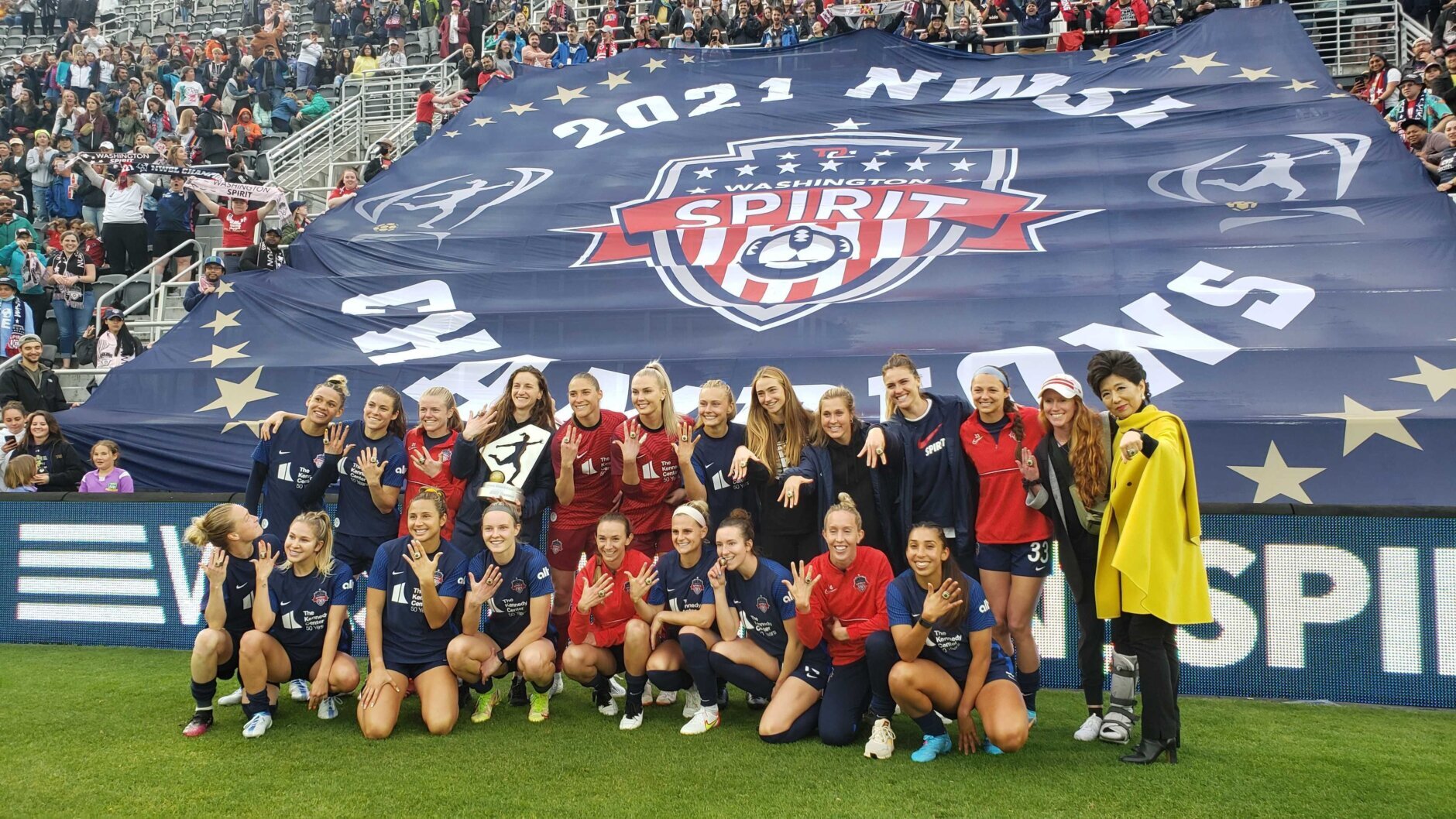 6/6
The Washington Spirit players pose with controlling owner Michele Kang in front of its supporters at Audi Field in D.C. (WTOP/José Umaña)