CORONAVIRUS UPDATES: DC to offer walk-up vaccines for teens | How DC chief is incentivizing vaccination | What to know about travel | DC region's vaccination progress | Sign up for WTOP's pandemic newsletter

Former Minneapolis police officer Derek Chauvin has been found guilty of murder and manslaughter in the death of George Floyd.

That killing, which was captured on video, sparked a worldwide outcry for racial justice. Chauvin now faces up to 40 years in prison.

Below are some of the scenes from Minneapolis and across the nation amid reaction to that guilty verdict. 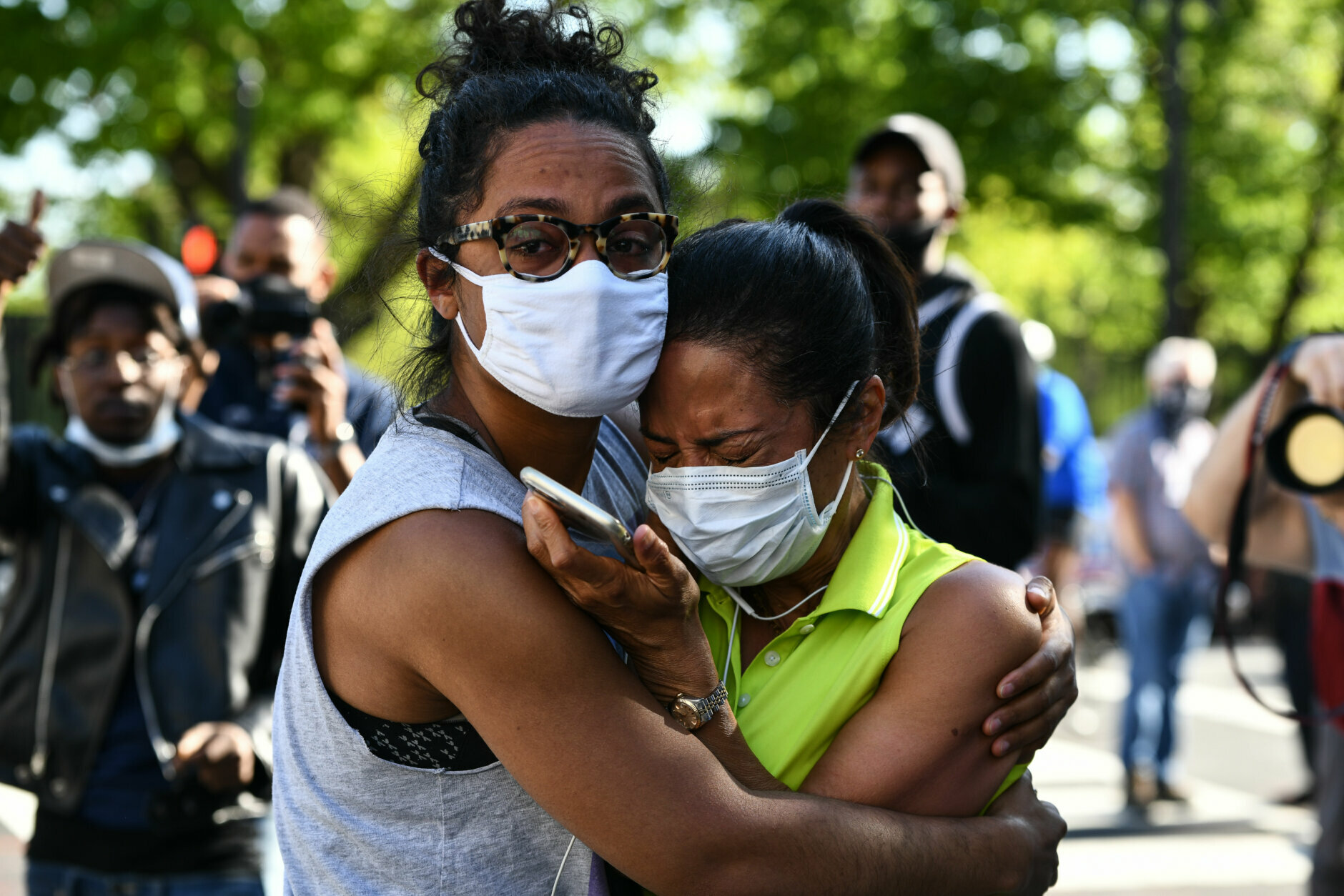 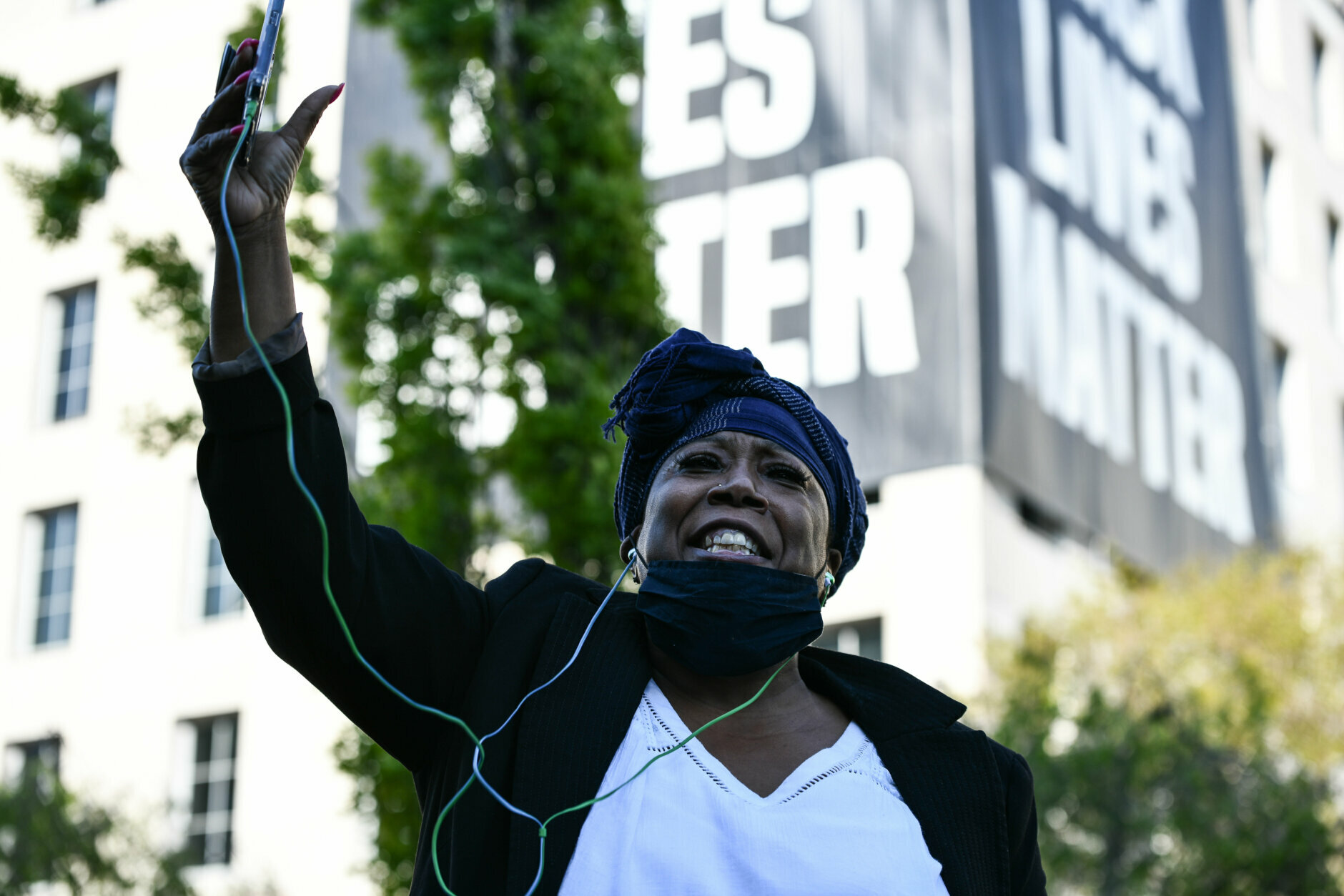 2/16
A woman listens and reacts to the Chauvin verdict on her phone at D.C.’s Black Lives Matter Plaza on April 20, 2021. (WTOP/Alejandro Alvarez) 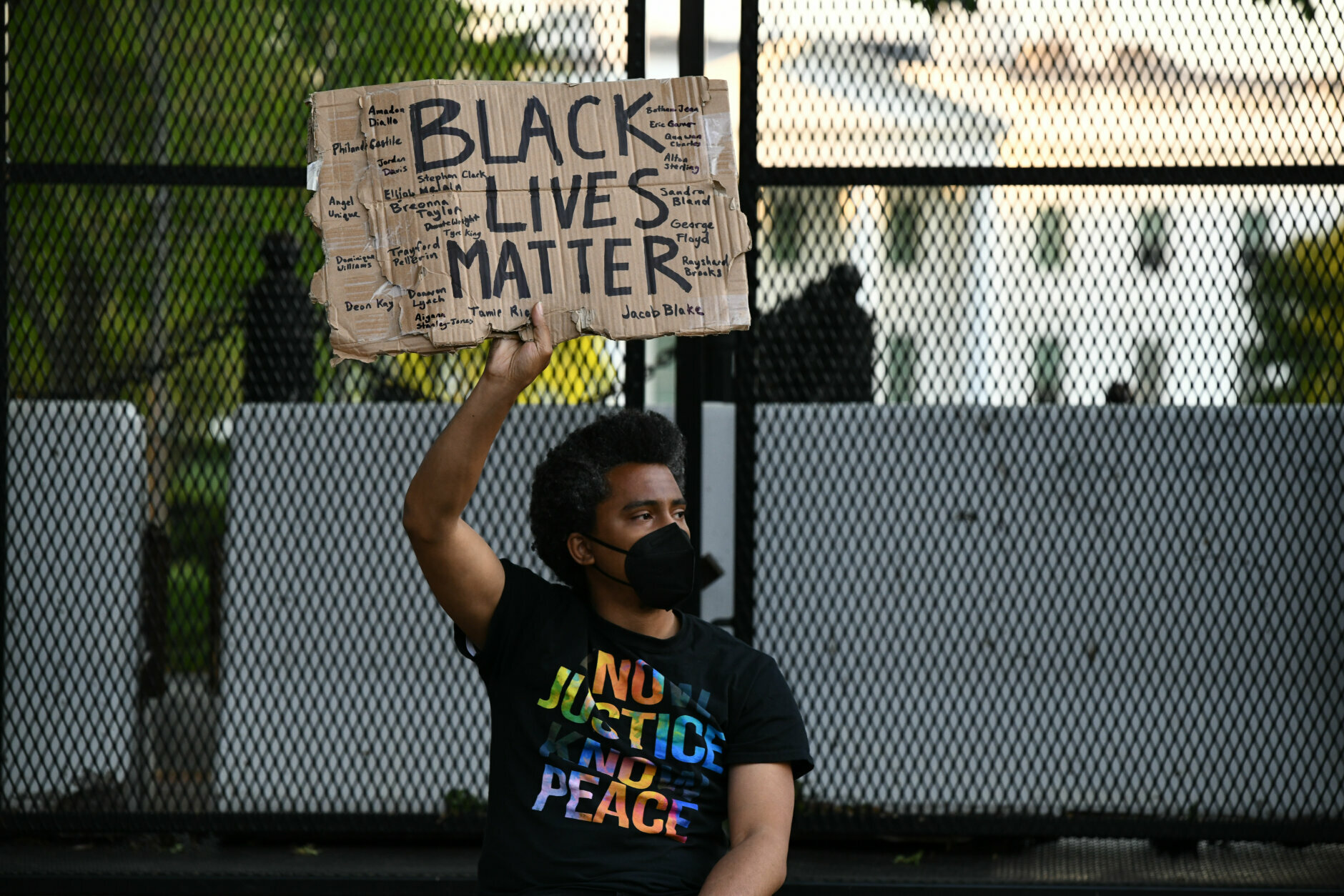 3/16
A person is seen with a Black Lives Matter sign north of the White House in the hours following the conviction of former Minneapolis officer Derek Chauvin. (WTOP/Alejandro Alvarez) 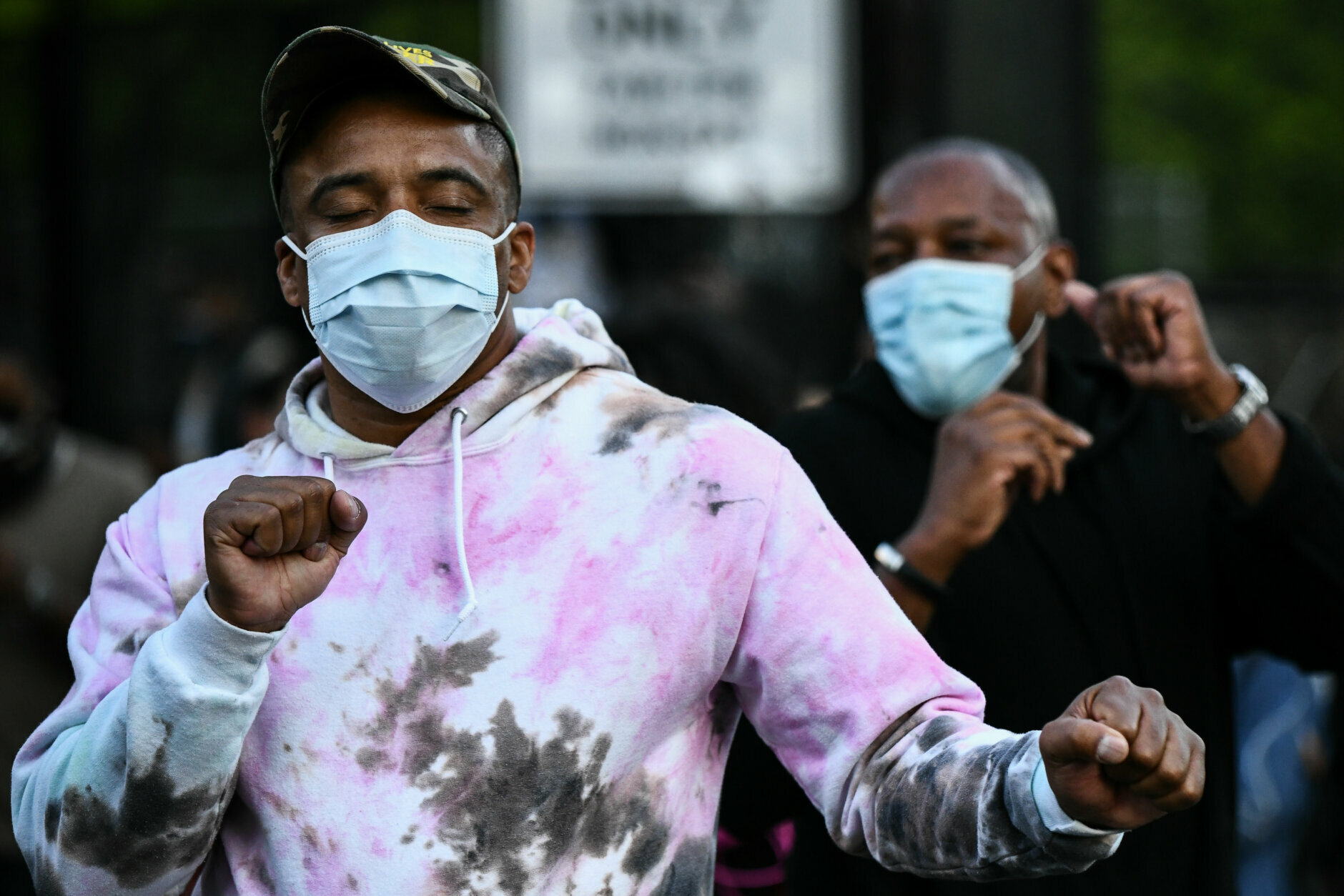 4/16
People dance in the middle of H and 16 streets after the Chauvin verdict on April 20, 2021. There were no protests organized in the immediate aftermath of the verdict, but about two dozen people turned out for what became an impromptu party on the south end of Black Lives Matter plaza on Tuesday evening. (WTOP/Alejandro Alvarez) 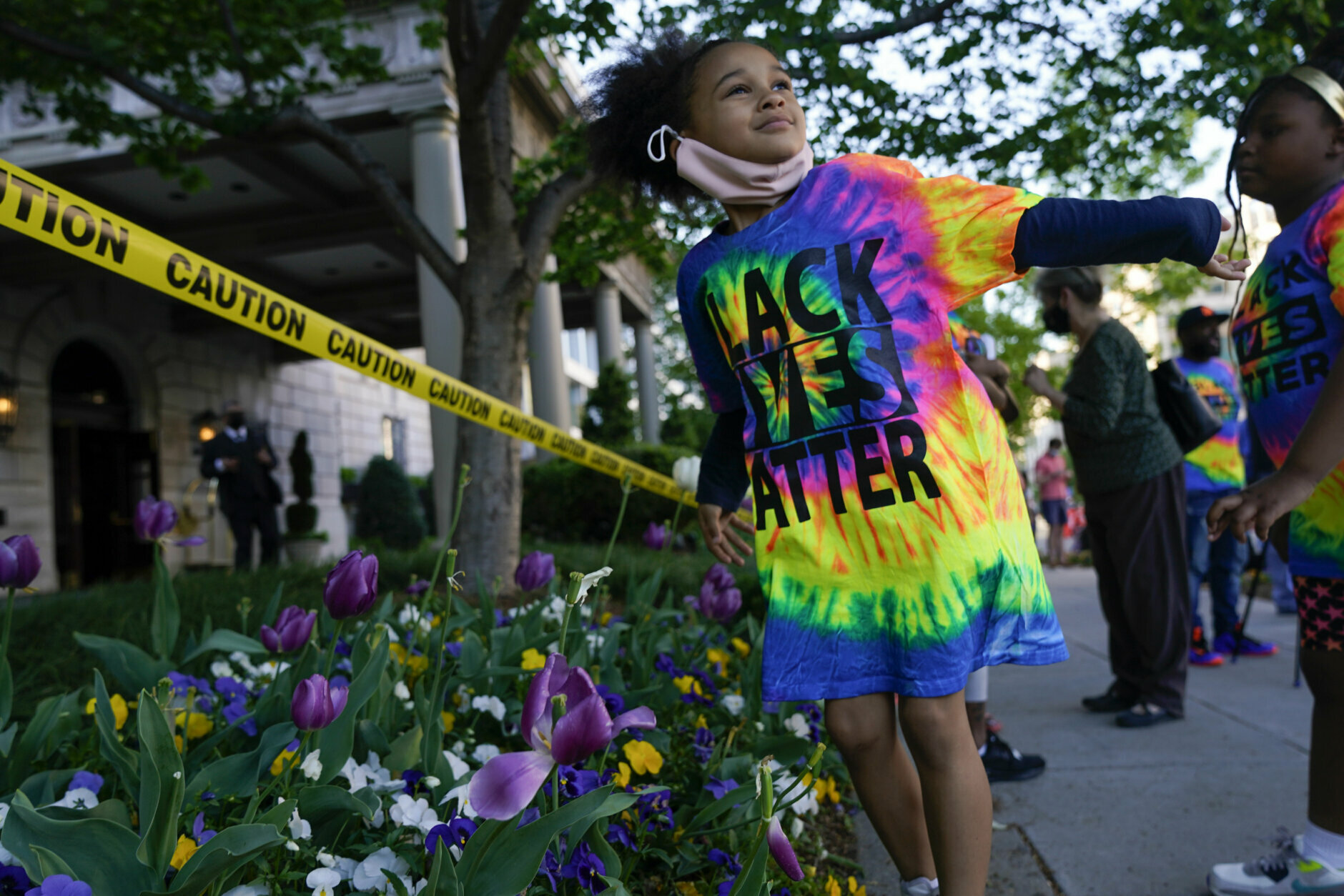 5/16
Mahkhyieah Lee, 5, of Scranton, Pa., dances at Black Lives Matter Plaza near the White House on Tuesday, April 20, 2021, in Washington, after the verdict in Minneapolis, in the murder trial against former Minneapolis police officer Derek Chauvin was announced. (Photo by AP Photo/Jacquelyn Martin) 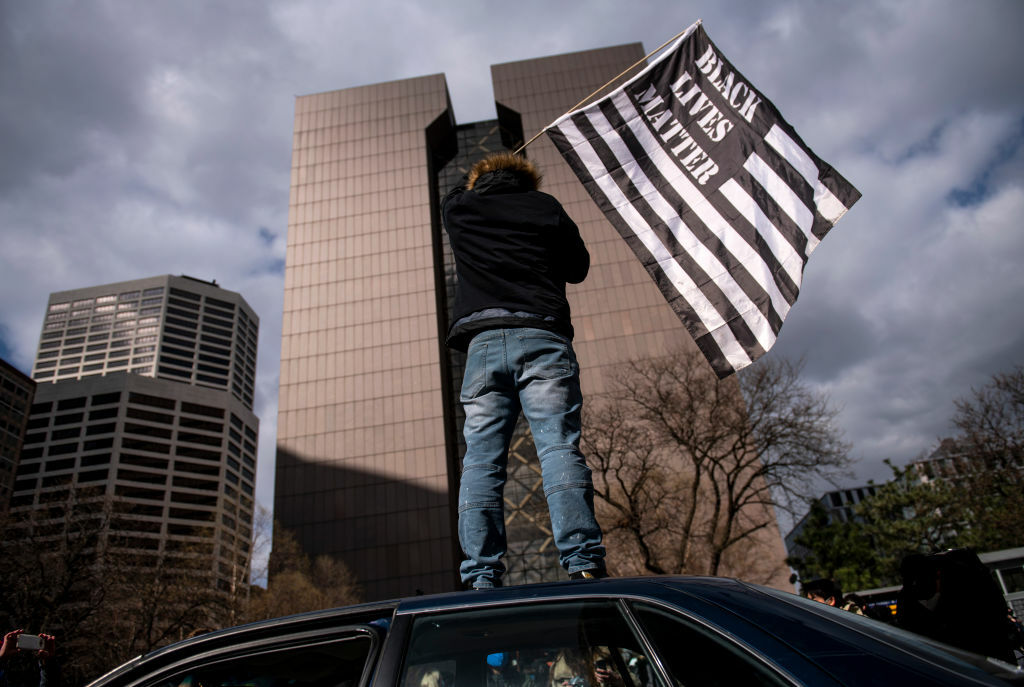 6/16
A protester raises a “Black Lives Matter” flag atop a car after the verdict was read Tuesday in Minneapolis. (Photo by Stephen Maturen/Getty Images) 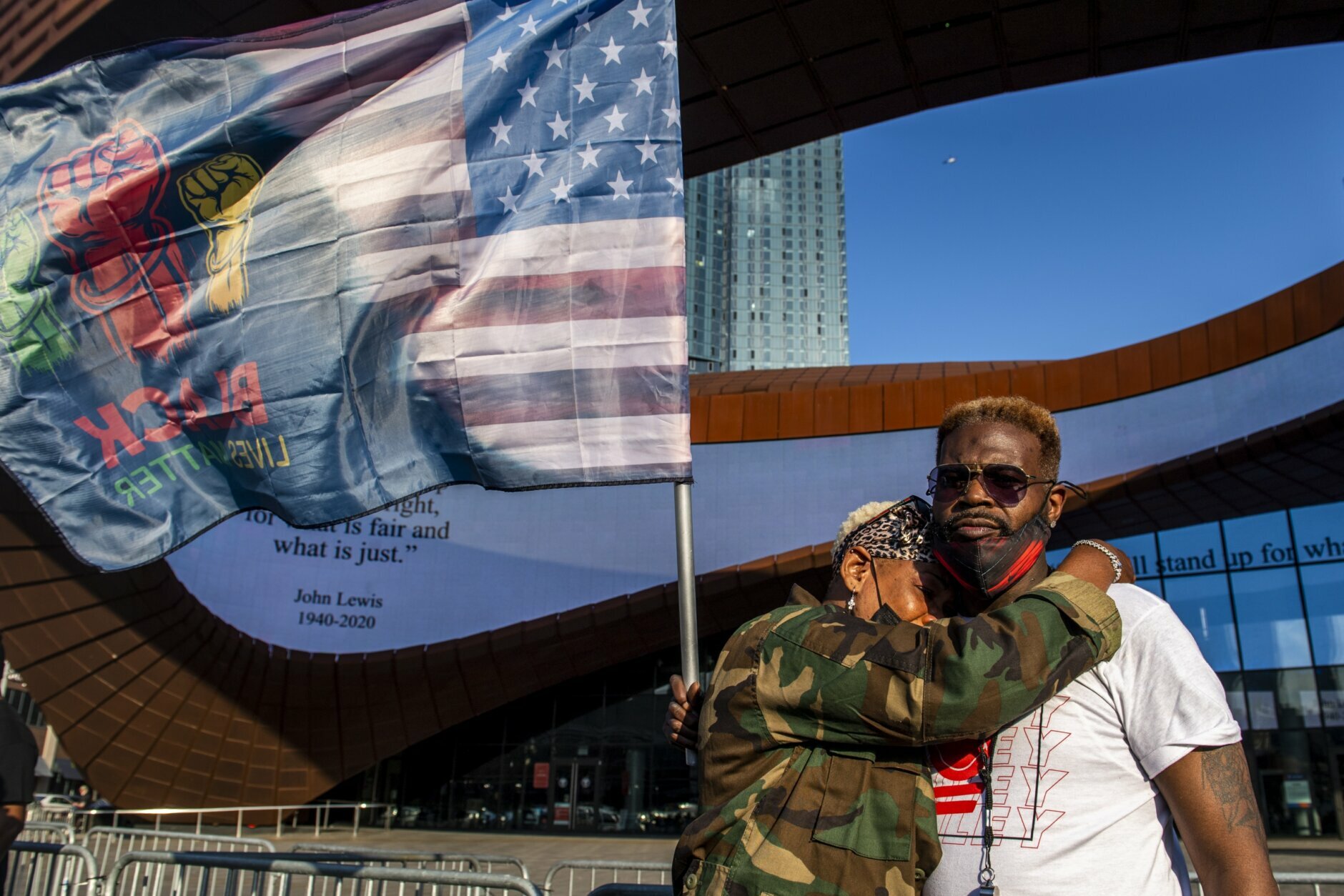 7/16
Ingrid Noel, 51, left, weeps on the shoulder of Robert Bolden at a rally outside the Barclays Center in Brooklyn on Tuesday. (AP Photo/Brittainy Newman) 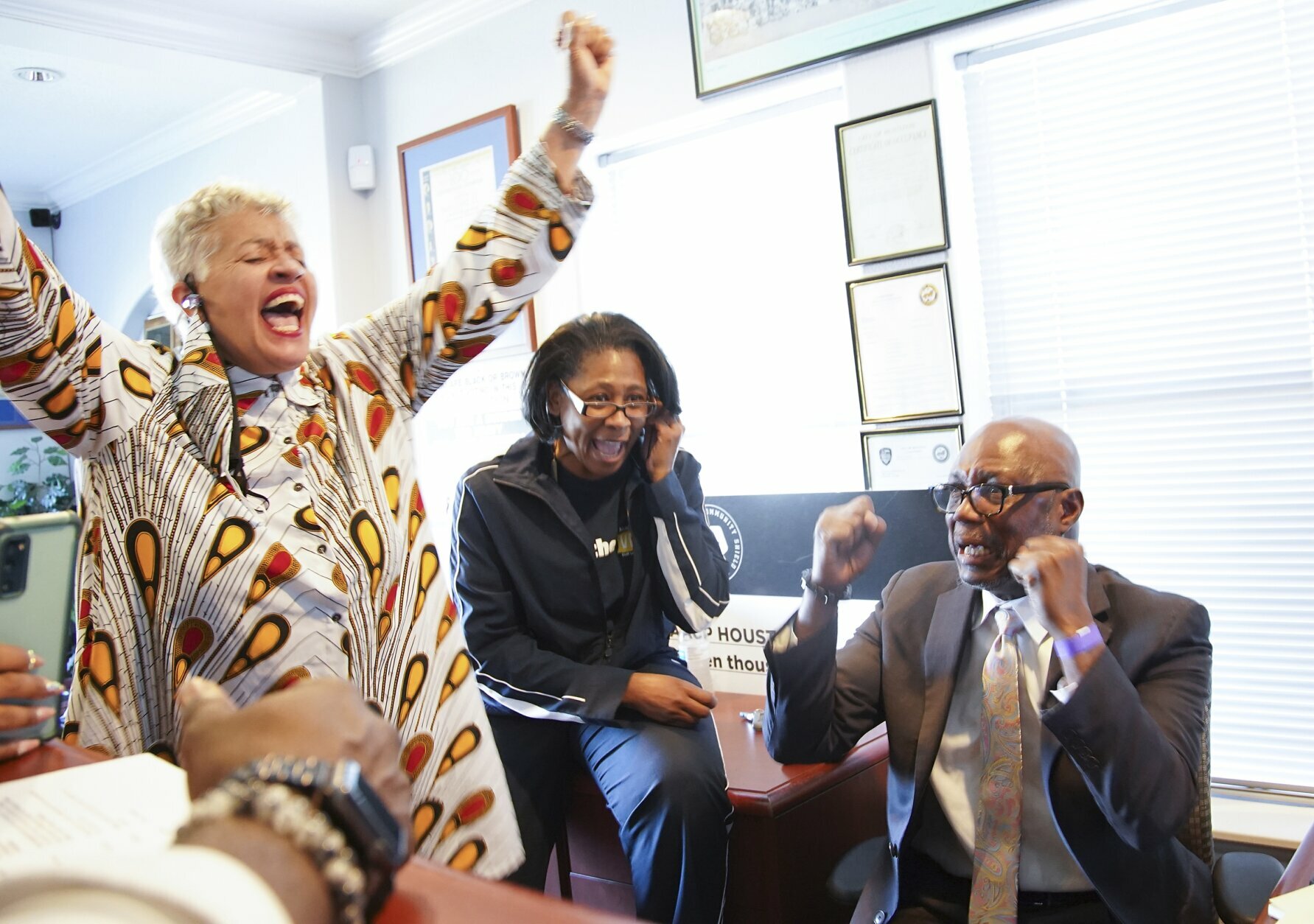 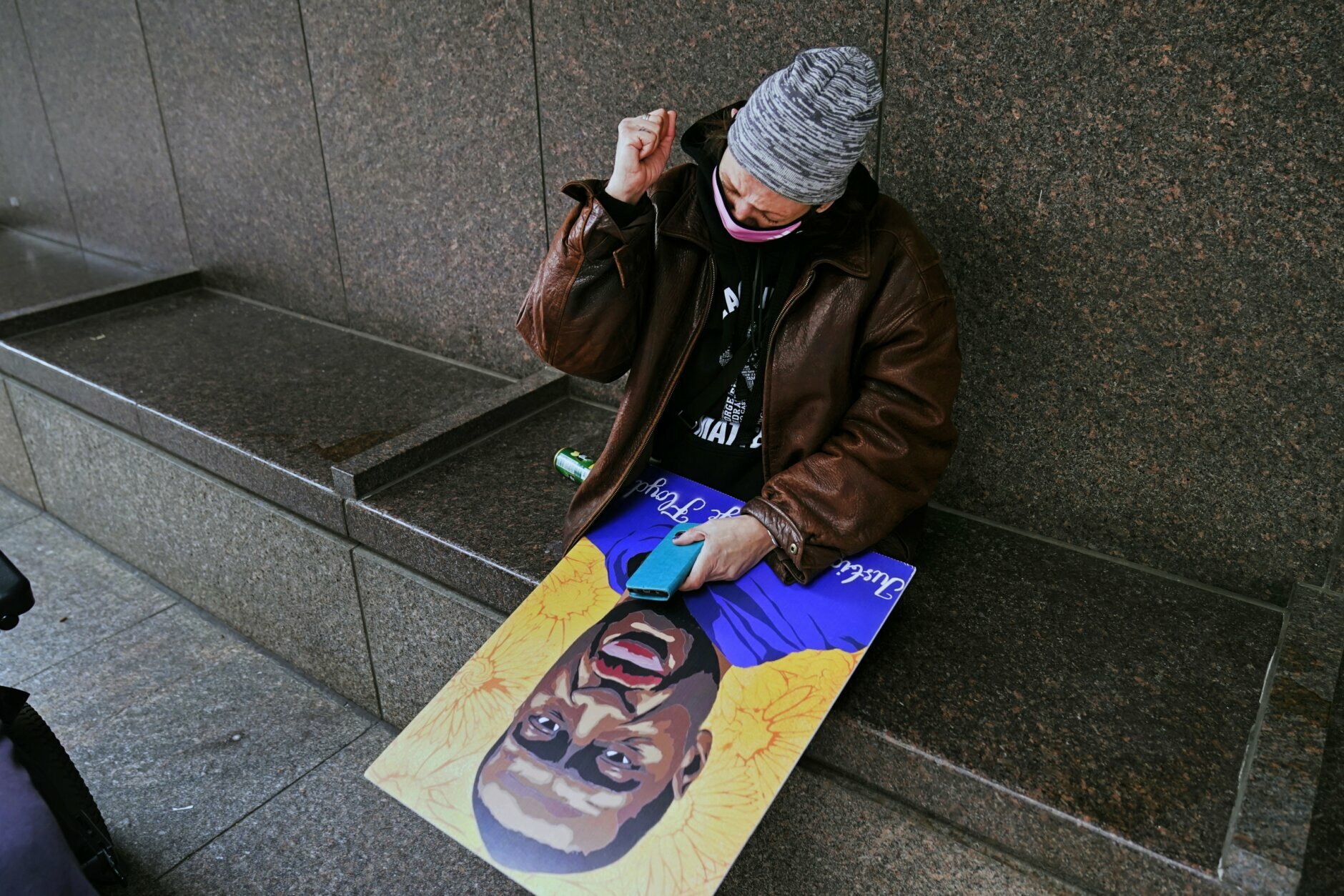 9/16
A woman holding a George Floyd poster pumps her fist across the street from the Hennepin County Government Center on Tuesday, after jurors found Derek Chauvin guilty. (AP Photo/Jim Mone) 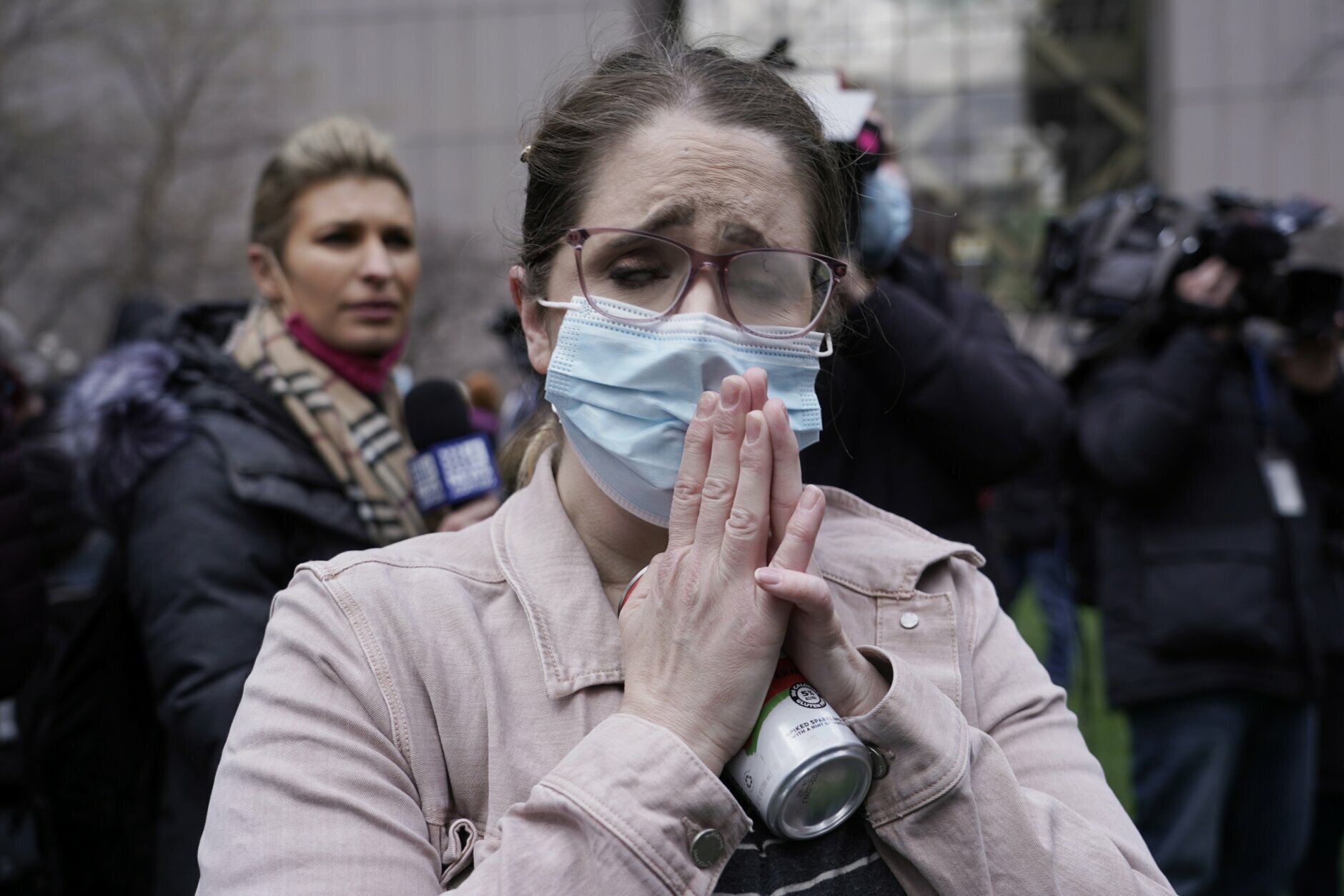 10/16
A person reacts after the guilty verdict was announced Tuesday in Minneapolis. (AP Photo/Morry Gash) 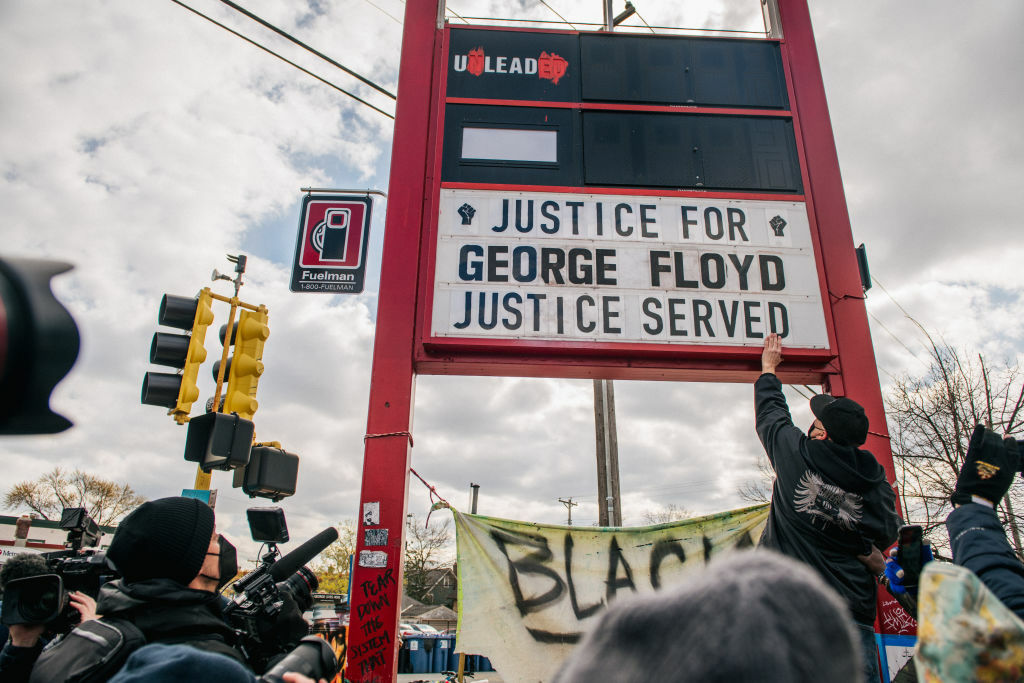 11/16
People celebrate the guilty verdict in the Chauvin trial Tuesday at the intersection of 38th Street and Chicago Avenue in Minneapolis. (Photo by Brandon Bell/Getty Images) 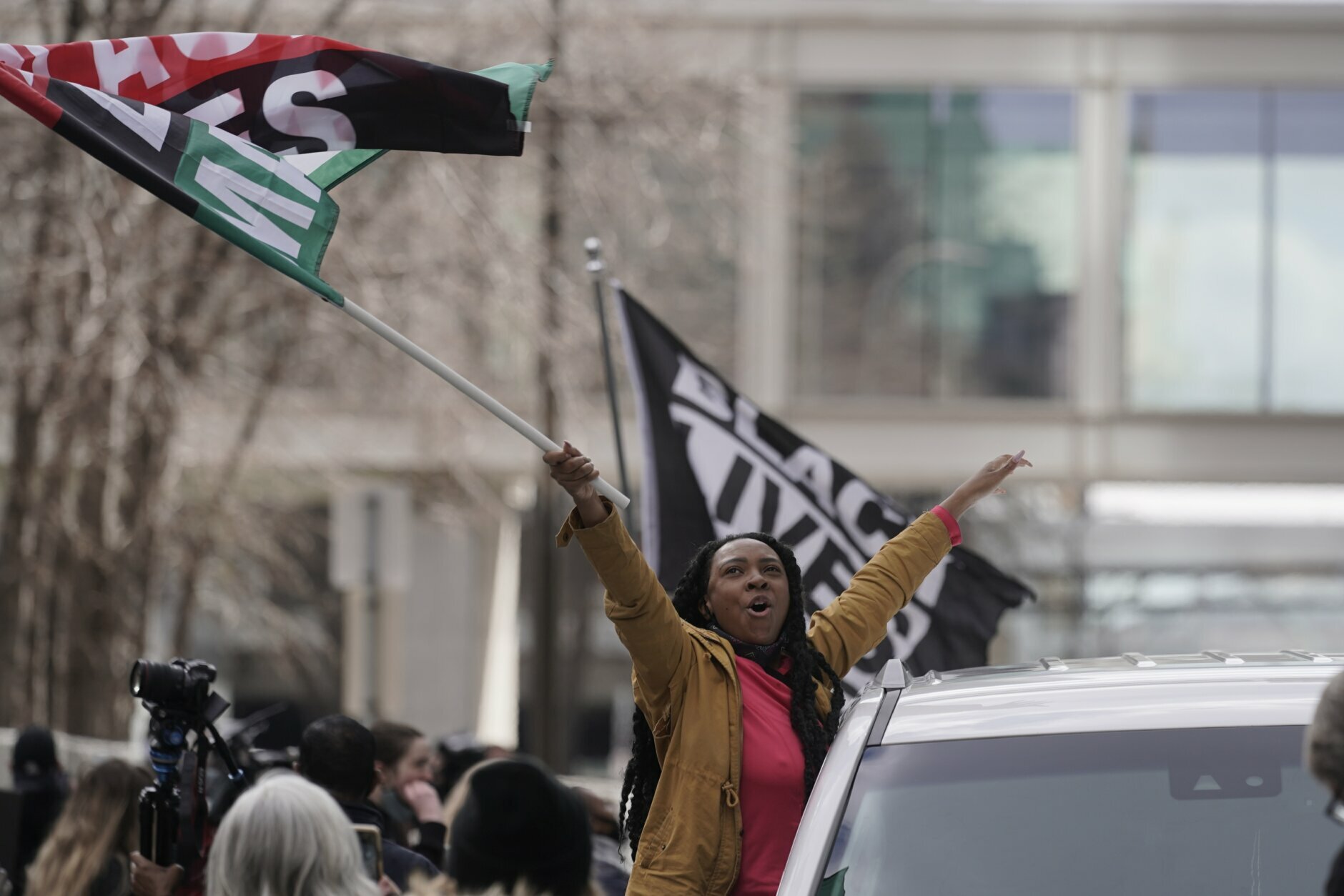 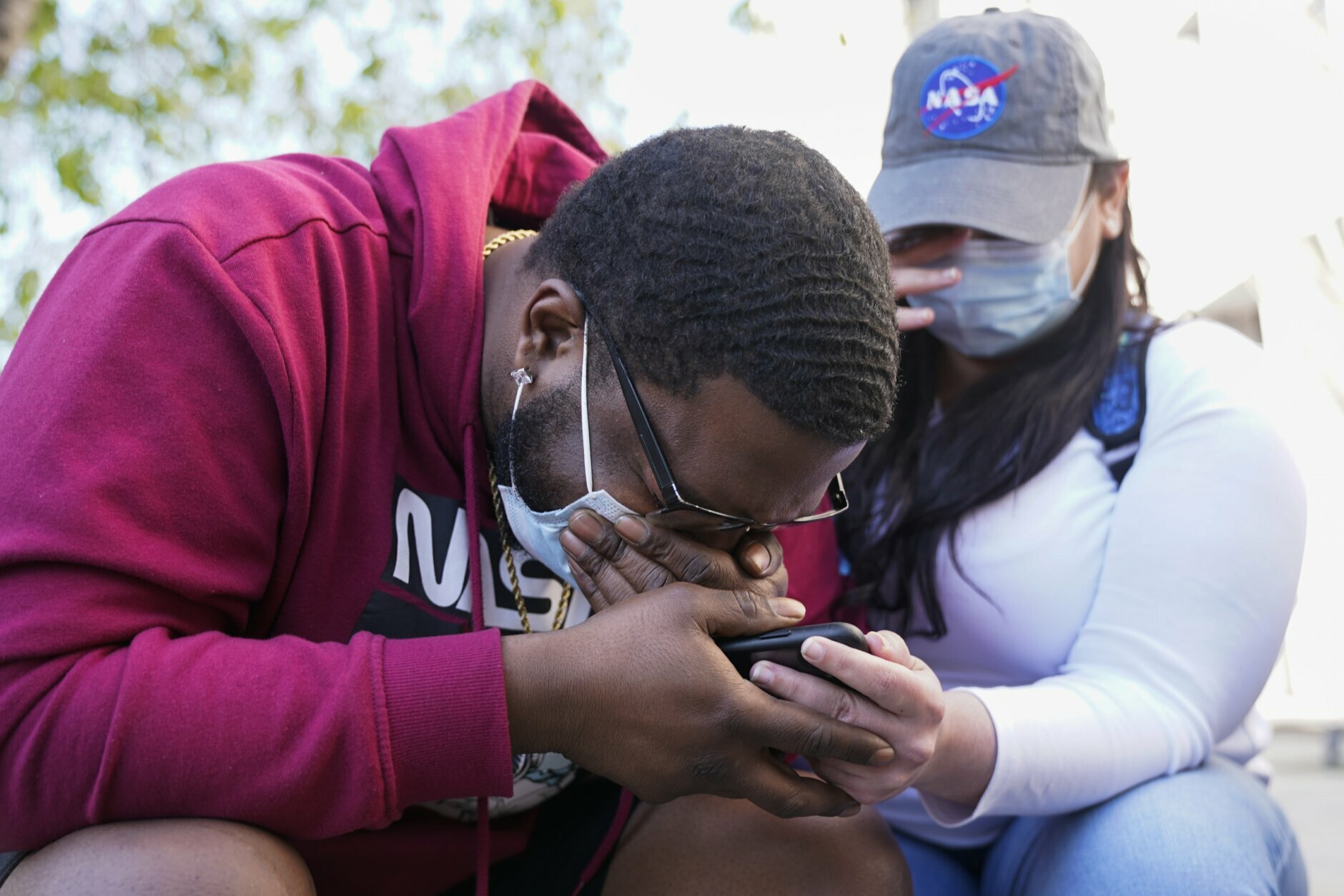 13/16
London Williams, 31, of Harrisburg, Pennsylvania, bursts into tears Tuesday in Washington, after learning of the verdict. (AP Photo/Jacquelyn Martin) 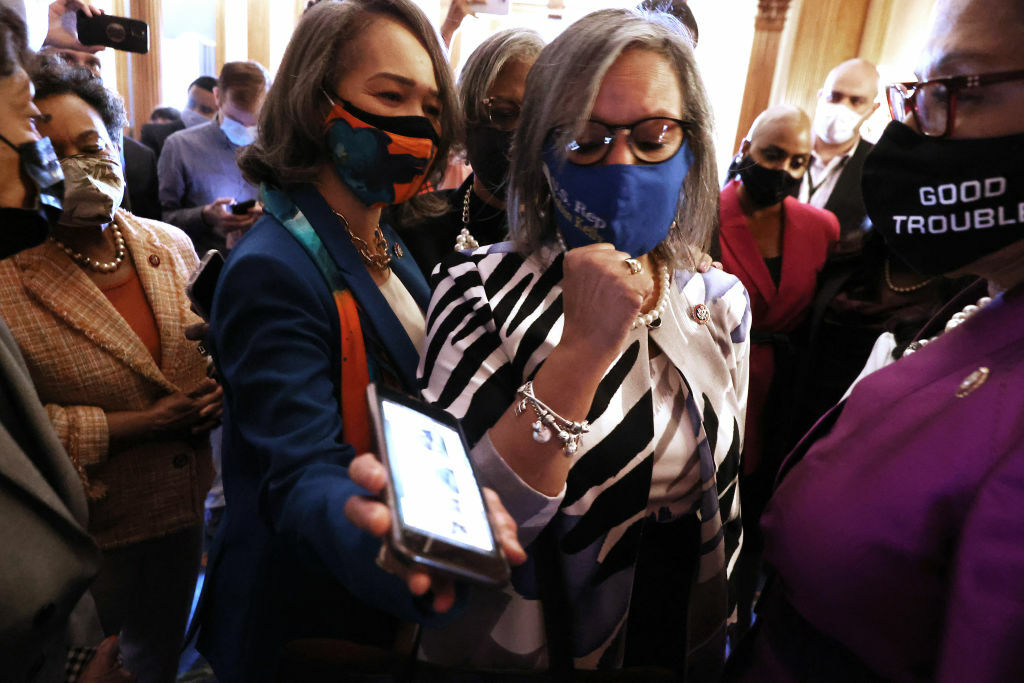 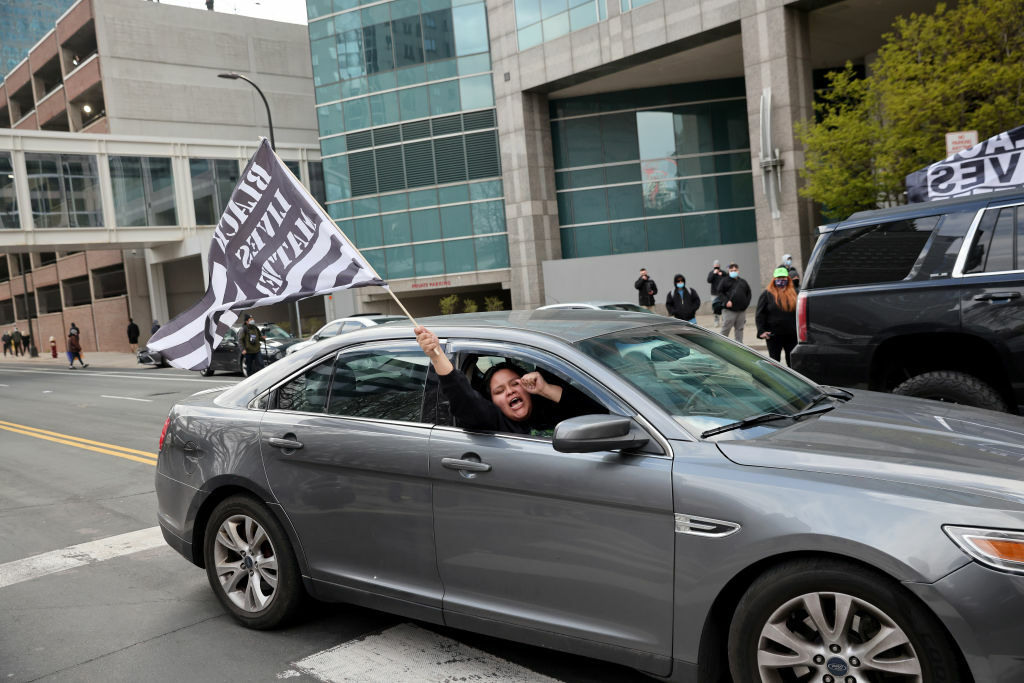 15/16
People react after the verdict was read in the Derek Chauvin trial Tuesday in Minneapolis. The jury found Chauvin guilty on all three charges. (Photo by Scott Olson/Getty Images) 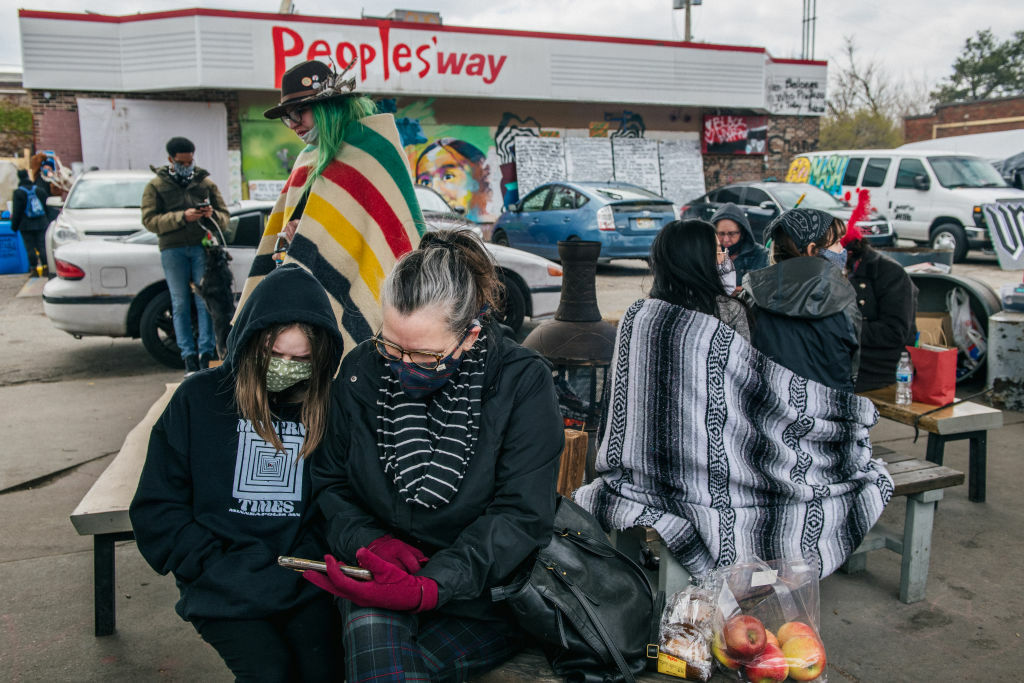 16/16
CeCe Connery and her daughter Olivia watch the verdict together on a phone Tuesday in Minneapolis. (Photo by Brandon Bell/Getty Images)