Restoration work on a last-of-its-kind Chesapeake Bay lighthouse is progressing, but more money is needed to get the job done.

The Thomas Point Shoal lighthouse was built in 1875 off the shore of Annapolis, Maryland. And in 1999, it was designated a National Historic Landmark.

The structure, which is also considered to be Maryland’s most recognizable lighthouse, was purchased in 2004 by the City of Annapolis, Anne Arundel County, the Annapolis Maritime Museum and the U.S. Lighthouse Society. 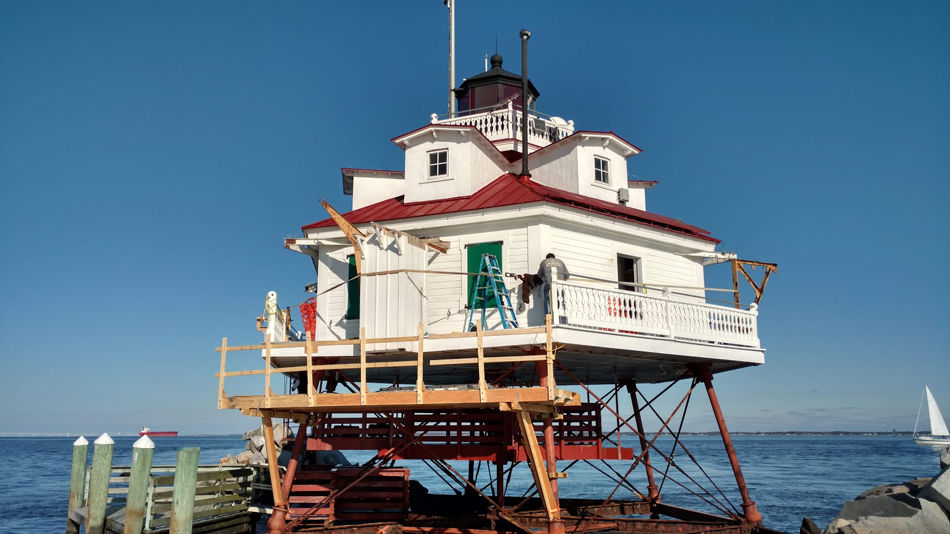 With the help of numerous grants and donations, volunteers have been working for years to restore its inside and outside, and now work is underway on a crucial section: the steel structures that hold it up. 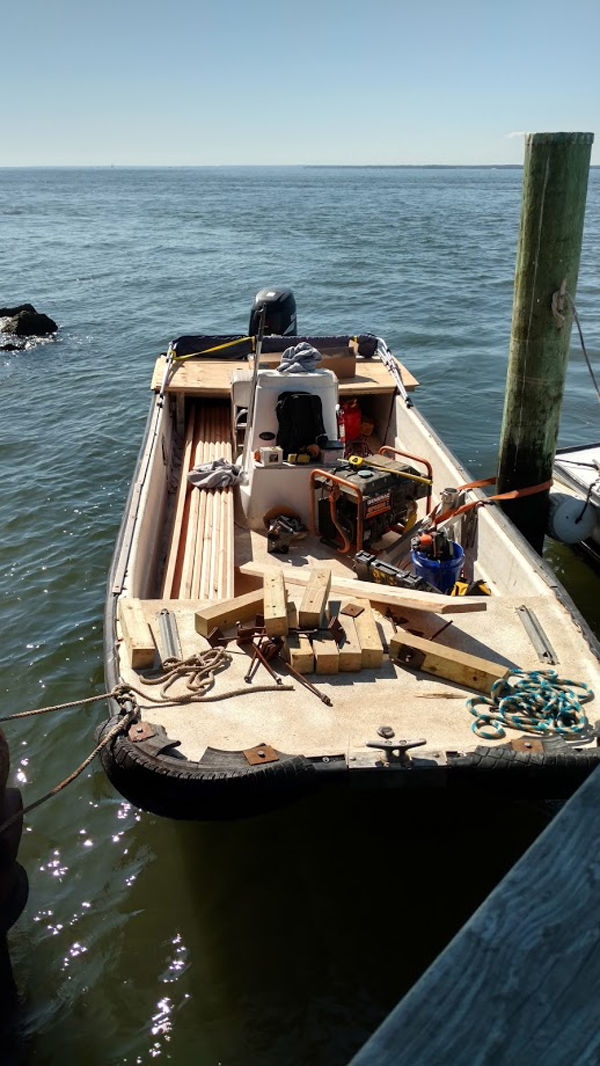 2/8
All the supplies needed to repair and restore the lighthouse have to be bought by boat.

A GoFundMe campaign launched in the spring and a fundraising gala held earlier this month were a success, but Potvin said they still need to raise about $104,000, so the GoFundMe drive will continue. 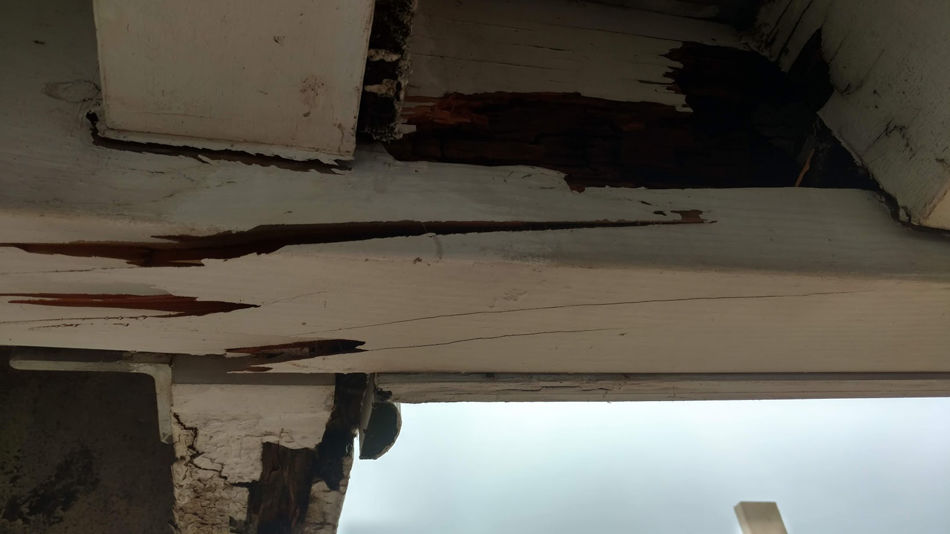 3/8
A broken wooden beam has since been removed and is being replaced.

Potvin is also beginning the process of trying to secure $25,000 from the state. But if it’s approved, the money would not be available until next July. 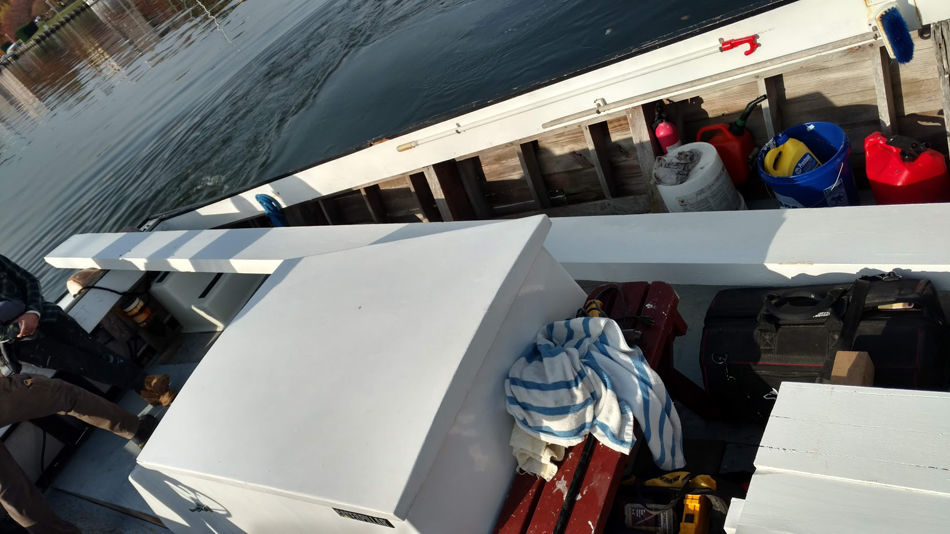 4/8
A 24-foot beam is replacing the broken one on the lighthouse. And it’s not a newly cut piece of lumber. It’s a very old piece of wood found in a barn in Pennsylvania.

Although the indoor portions of the lighthouse have been winterized and closed for the season, crews hope to continue working on the exterior through the end of November. 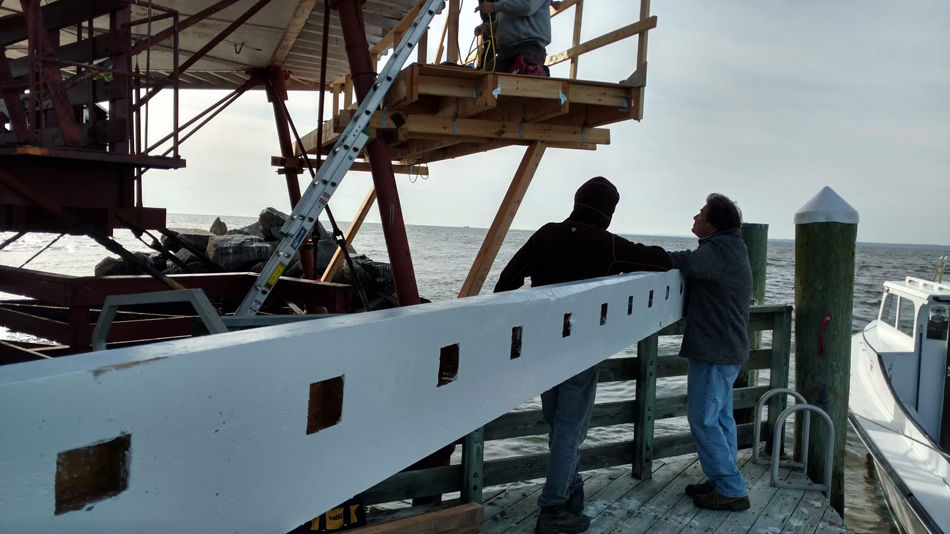 5/8
Another look at the sizable replacement beam.

“There are a total of 24 of these [steel] beams, and we need to replace — ultimately — all of those beams,” said Potvin. “Four beams that have been prepped and [are] ready to go — two of them are already on site, two more are coming down by barge from Baltimore.” 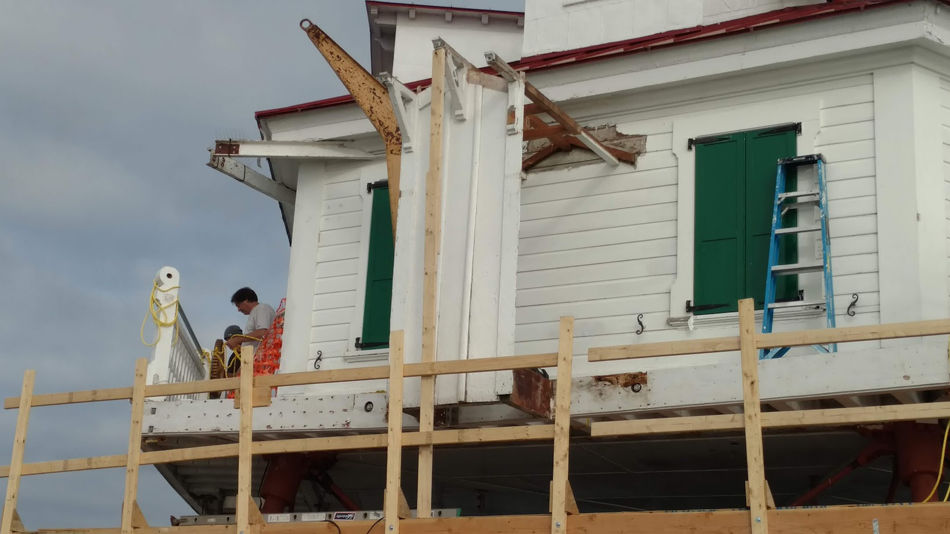 6/8
Crews had to dismantle the privy in order to access and replace the broken beam.

As for that broken wooden beam, it’s located underneath the lighthouse’s outdoor toilet, or privy. So the privy was carefully taken apart piece by piece, with each piece carefully marked so it can be put back together again just the way it was.

When it was in use, the waste from the privy would simply fall into the water.

“Back in the day, the environmental concerns weren’t there, so they just allowed that to dump into the Bay. That’s no longer the case, and we actually have a chemical head inside the lighthouse that’s used if somebody has to go to the bathroom,” Potvin said. 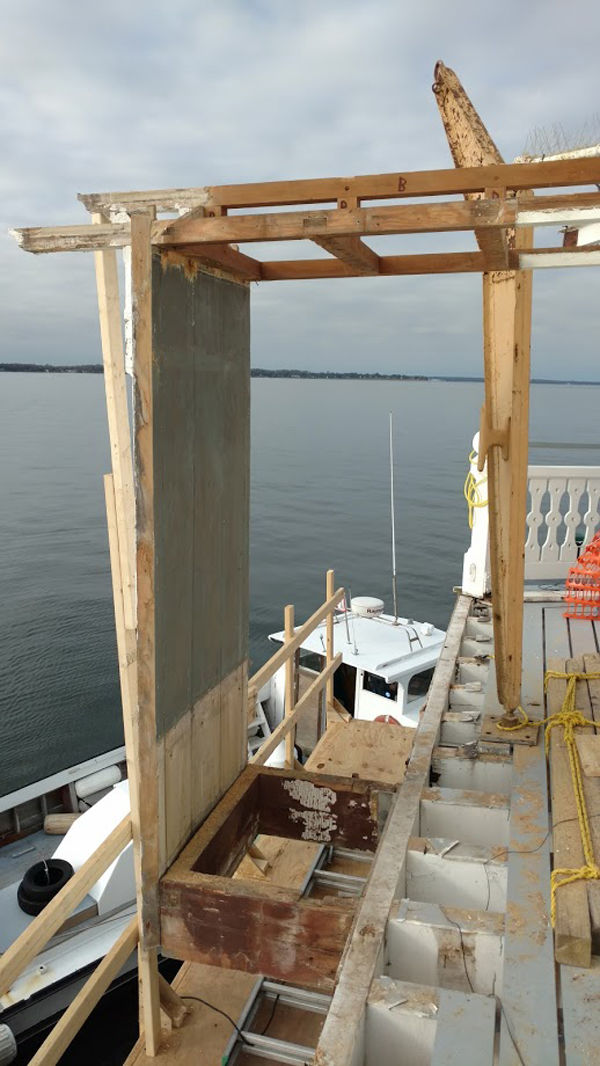 7/8
Another look at the privy as it was being taken apart.

A wooden scaffold was built so crews can reach and remove the broken beam, and a 24-foot-long replacement beam was brought in by boat.

“We could have gone back and put a steel beam in there, but the Maryland Historic Trust did not want us to replace it with a steel beam, because they want it to be as authentic as possible,” said Potvin, so he turned to a craftsman for help.

The craftsman found an old growth beam that came out of a barn in Pennsylvania. 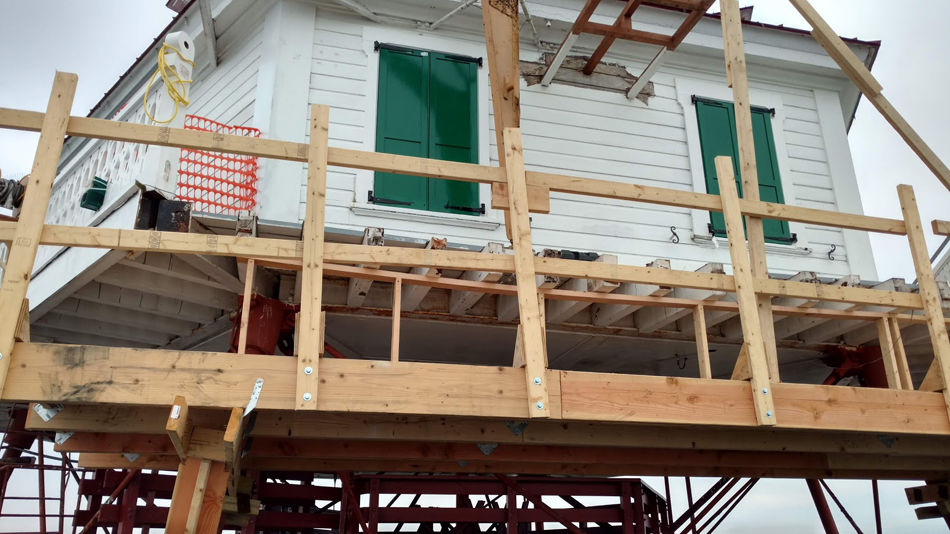 8/8
Here’s another view of the scaffolding and the area of the beam replacement.

“We looked all over the Eastern Coast … for the right beam to get out there,” Potvin said. “It has to be strong enough, and older trees typically are much stronger than what we use today in lumber.”

After a winter break, work will resume in the spring.

“We’ll pick back up again where we left off and re-stage with the barge out there probably in late April or early May,” said Potvin.

As they have for years, they plan to continue offering public tours of the lighthouse in June, so Potvin hopes to get the structural work done by early that month.

The 2020 tour dates will be announced here.

It’s recount season in Maryland. Here’s where they’re happening and how they work