Improperly disposed oily rags were the cause of an Ashburn, Virginia, fire that did $1.5 million worth of damage to eight homes this week, the Loudoun County Fire Marshal said Friday.

The fire started just before 3:30 a.m. Wednesday at a single-family home on Millstead Drive in Ashburn. By the time Loudoun County Fire and Rescue got there, the fire had spread to a neighboring house and later spread to two others on either side.

Nobody was home at any of the four houses that were immediately affected. A firefighter was taken to the hospital for minor injuries.

The marshal’s office said the fire was accidental and caused by improperly disposed oily rags that spontaneously caught fire. The fire caused $1.5 million of damages to the four houses originally affected and four others that were later found to have minor damages.

To properly dispose of rags, the marshal’s office said residents should dry oily or gas-soaked rags far away from combustible items and then keep them in an airtight metal container, covered with water and a detergent to break down the oil, until they can be thrown away. 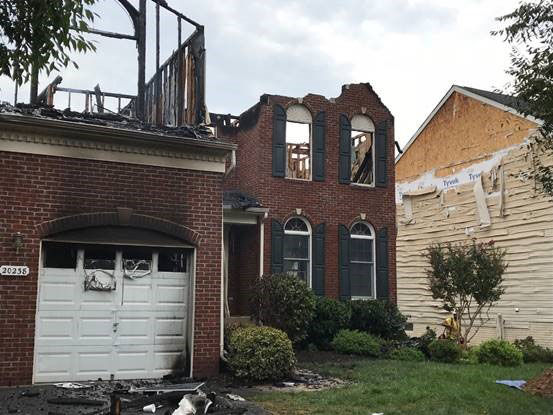 1/5
A fire destroyed three houses in Ashburn and damaged another early Wednesday morning; no one was injured. (Courtesy Loudoun County Fire and Rescue) 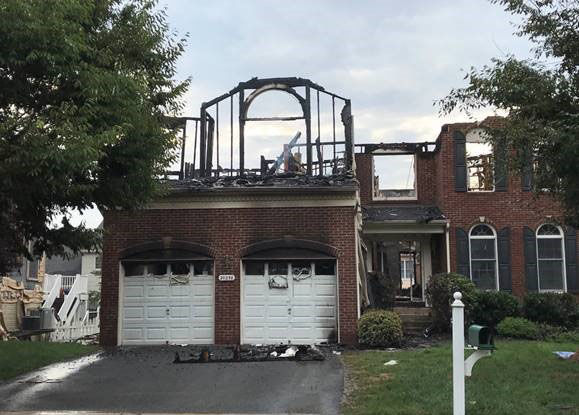 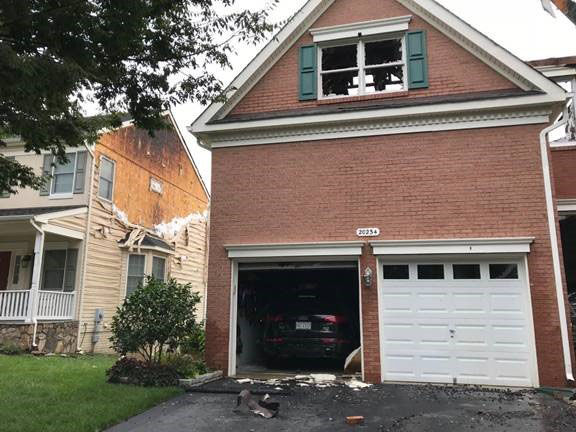 3/5
No one was home when a fire destroyed three houses and damaged one other in Ashburn Wednesday morning. (Courtesy Loudoun County Fire and Rescue) 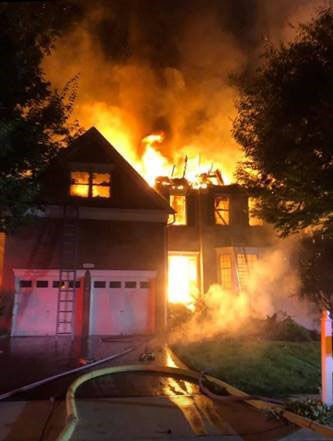 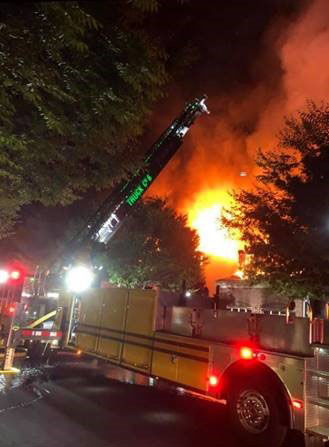 5/5
Firefighters from around the area battled flames from a fire in Ashburn Wednesday night that destroyed three houses. (Courtesy Loudoun County Fire and Rescue)