“I didn’t really grow up listening to music at all, and my parents didn’t really listen to music — ever,” said Francis Beringer, who plays bass and sings with D.C. based Caustic Casanova. “They only listened to WTOP.”

download audio
Why name an album after the WTOP newsroom? Caustic Casanova explains.

“What do you mean you didn’t listen to music,” I asked incredulously.

“We really didn’t listen to music in our house, we just didn’t — we listened to the news, constantly, as a family,” said Beringer. “It’s funny that someone who grew up to be a musician would have had such a music-less childhood.” 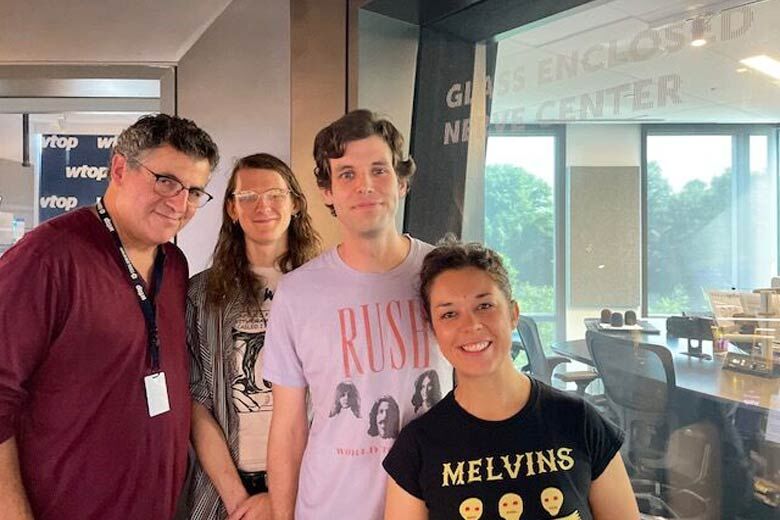 When we read on Twitter that a D.C.-area band was set to release an album named for the #GENC, we had to invite them in to learn more.

Thursday morning, Francis, drummer and singer Stefanie Zaenker, and new guitarist Jake Kimberley stopped by for a tour of the newsroom. Guitarist Andrew Yonki wasn’t able to make it. 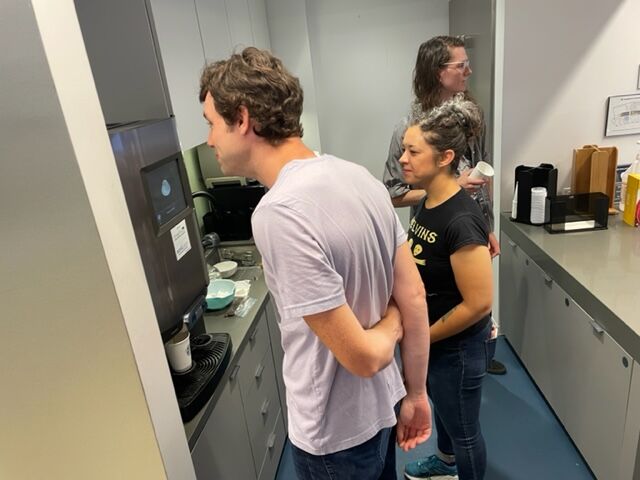 With a first stop at the coffee machine, we got the go-ahead from morning show producer Teddy Gelman to drop in on Joan Jones and Bruce Alan.

With its years of experience in recording studios, Caustic Casanova knew to observe the ‘On Air’ light, which comes on when an anchor turns on a microphone in a studio. 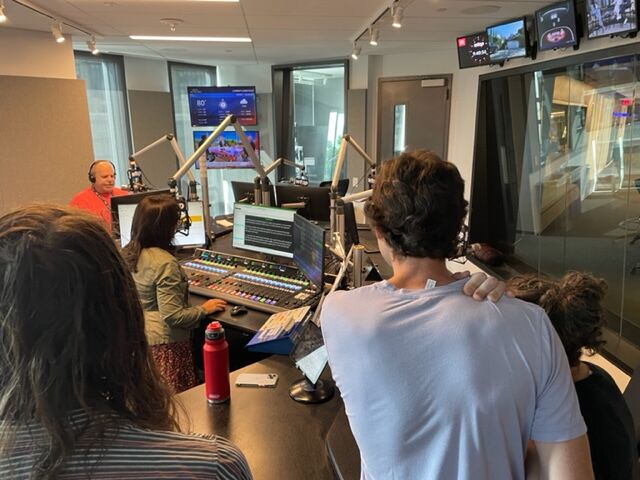 What’s still not clear is why the band would want to name its new album after a news station whose former promotional liner included the phrase, “Your favorite radio station doesn’t play songs?”

What was it about the phrase “Glass Enclosed Nerve Center?”

“Ever since I was a little kid, I loved that string of words together, even devoid of its meaning,” said Beringer. “I just thought it sounded awesome, and always had this idea that someday I wanted to have an album called ‘Glass Enclosed Nerve Center.'”

“You didn’t have many friends in school, did you?” I asked. He and his bandmates laughed. 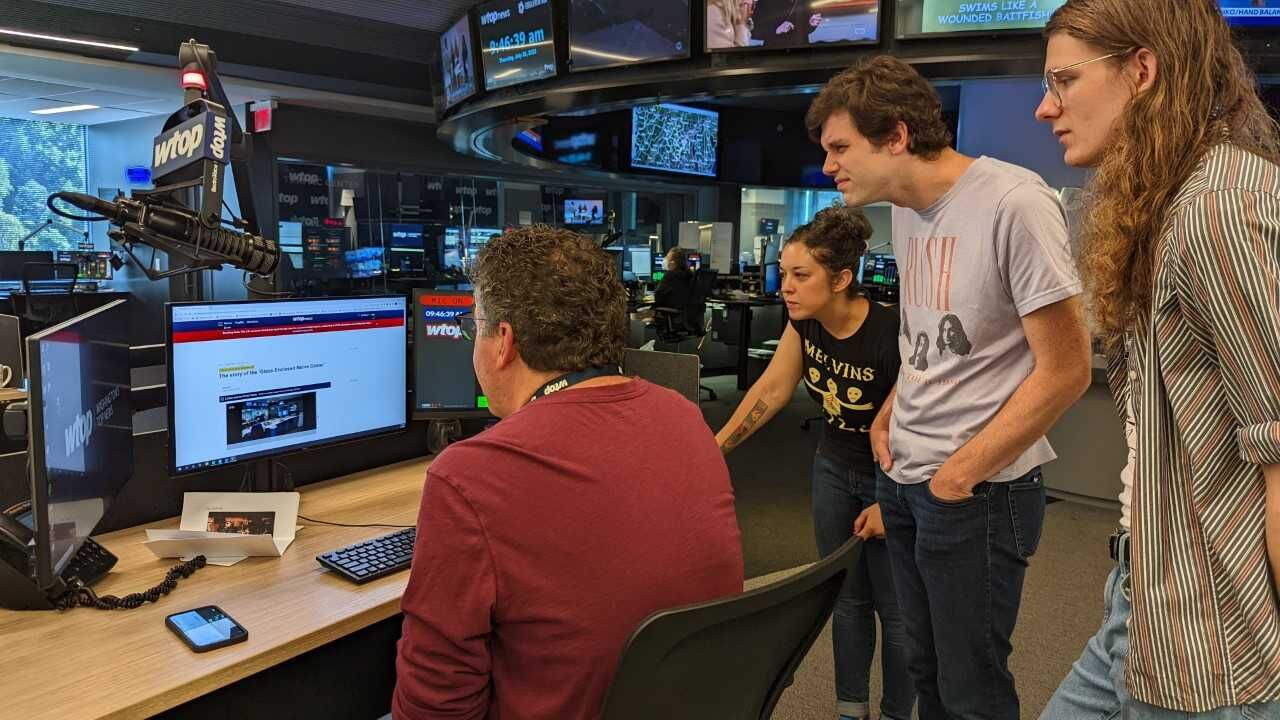 4/4
Why would a progressive rock band name its album for an all-news radio station? (WTOP/Michelle Goldchain)

Zaenker grew up in Charlottesville, and went to William & Mary with Beringer. Kimberley was raised in Pennsylvania.

Zaenker and Kimberley liked Beringer’s idea for the album title.

“I think it sounds very mysterious, ‘Glass Enclosed Nerve Center,'” said Zaenker. “What’s in there — I want to go on a mission to figure it out, so that’s why I think it sounds super cool.”

Beringer describes the band’s music as “heavy, progressive rock,” while its Bandcamp page includes a range from “sardonic noise rock to proggy sludge” and “a kaleidoscope of progressive heavy rock exuberance.”

“Lodestar,” the first single from their upcoming album, which will be released Oct. 7, on Magnetic Eye Records, is their first recording with Kimberley.