The story of the ‘Glass-Enclosed Nerve Center’ 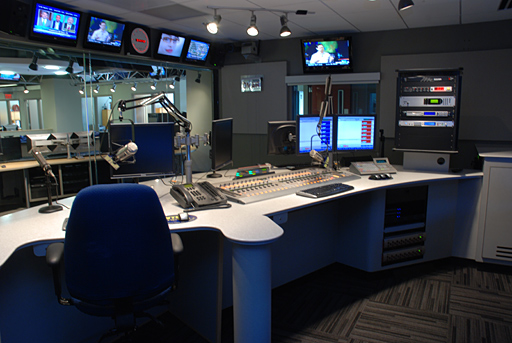 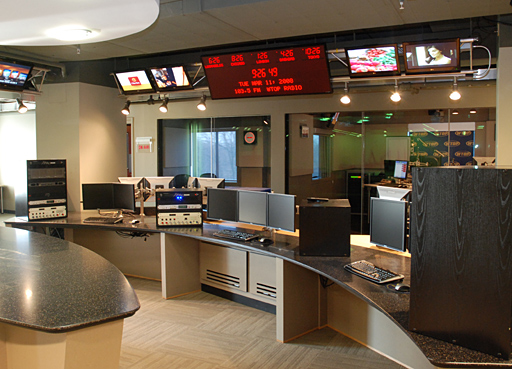 WASHINGTON – Several years ago, radio ratings were determined by paper diaries. People were asked to write down what radio stations they listened to, and what times they started and stopped listening.

There was no list of radio stations — just a page for each of the seven days of a week.

WTOP did not do very well in those ratings, so we decided to figure out why we weren’t getting credit for all the listeners we knew we had.

We did a series of focus groups of radio listeners, and asked them to write down all the radio stations they listened to regularly.

Then we asked a series of questions:

“Did you listen to any radio station for a weather report?”

“Did you listen to any radio station for a news update?”

“Did you listen to any radio station for a traffic report?”

Finally, we asked: “Well then, when we asked you to write down all the radio stations, why didn’t you mention WTOP?”

The most common answer: “Oh, when you said radio station, I thought of music stations.”

But clearly none of the many people we interviewed thought of a reliable utility like WTOP as a “radio station.”

We Fixed It, and the Ratings Went Up

We made some immediate changes on WTOP. We started using the word “radio” a lot more. We started a simple slogan, “Your favorite radio station doesn’t play songs.” And once an hour we began with: “Live from the Glass-Enclosed Nerve Center … this is WTOP Radio.”

And the radio ratings went up. A lot.

And other things started happening.

But mainly what we did was to give listeners reasons to recall WTOP when asked about what radio stations they listened to regularly.

It was “Theatre of the Mind.”

But The Ratings System Changed!

After all, it was nothing but a memory test. And WTOP does even better in the radio ratings these days.

So we don’t need to call it the “Glass-enclosed nerve center” anymore, right?

When I proposed that to the WTOP Newsroom, there was a near revolt. They initially scoffed at the term as a gimmick, which it was to help people remember that they listened to WTOP, and to write it down in that old paper diary.

But now it has become a badge of honor proudly adopted by the WTOP Newsroom.

And we continue to inform and engage you from the glass-enclosed nerve center on FM Radio, HD Radio, streaming audio, online, on Facebook, Twitter, email alerts, text alerts and on mobile phones 24/7, 365 days a year.