When many bars and restaurants shut down due to the coronavirus pandemic in early 2020, cocktail fans started mixing drinks at home. For New Year’s Eve, home bartenders are now proficient enough to try crafting some festive drinks.

Cocktail experts from D.C. — Tracie Franklin, Frank Mills and Tory Pratt — all offered WTOP some of their favorite festive cocktail recipes to toast the optimism ahead for 2021.

The pros made a French 75, a French Goldrush and a Miss Congeniality and offered tips on how to make those cocktails at home. 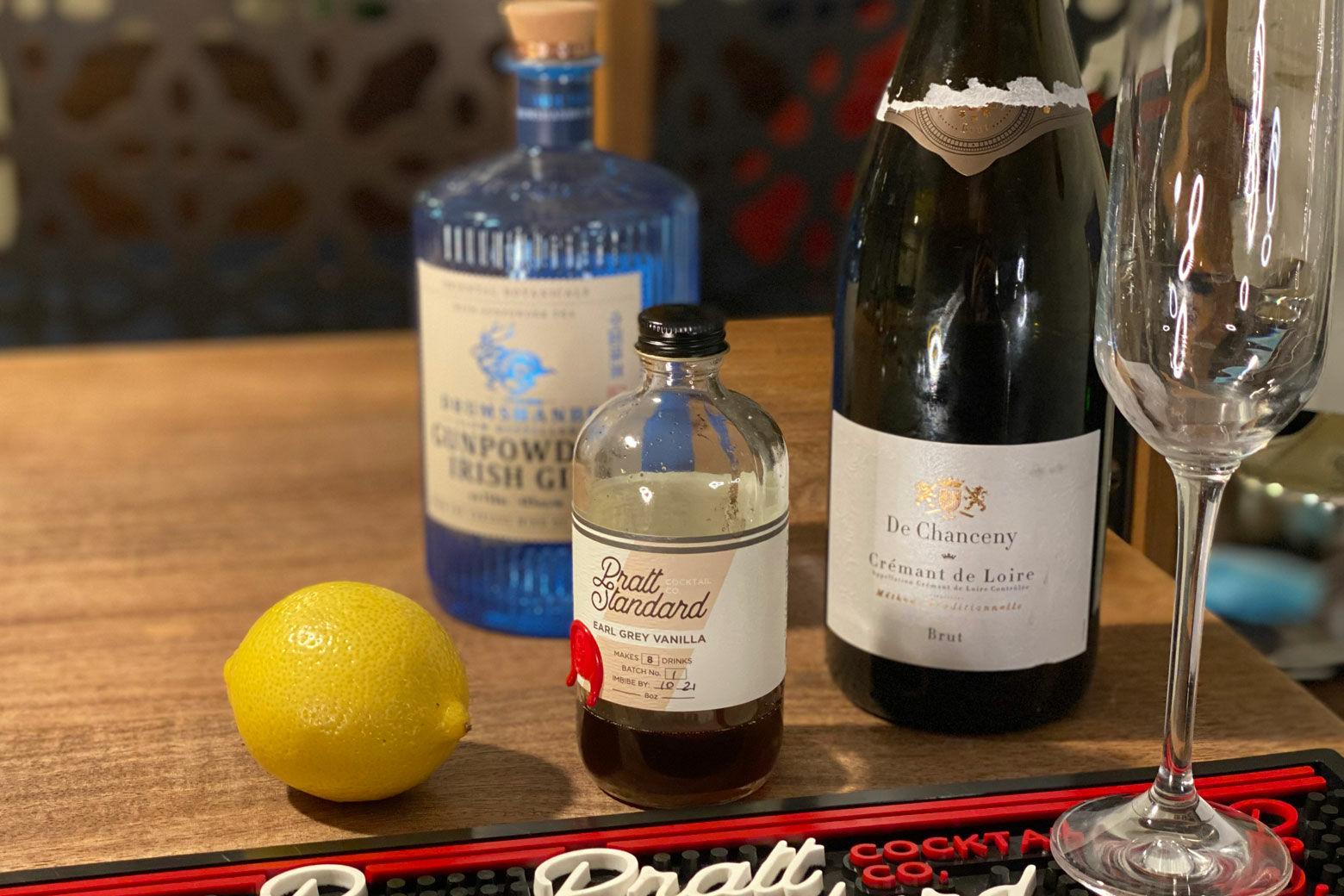 Tory Pratt — the founder of Pratt Standard, a D.C. cocktail syrup company — started making her craft syrups after one day making a gin and tonic.

“It turns out the tonic water is full of high fructose corn syrup and synthetic additives and all those weird things. So I looked into the history of tonic water, and came up with my tonic recipe in 2014,” she said.

With a French 75, Pratt suggests making sure you use lots of ice, a chilled glass, fresh juice and be sure your simple syrup is made with an equal ratio of sugar to boiling water. Most people, she said, lose some water volume to evaporation, which makes their syrup too sweet. 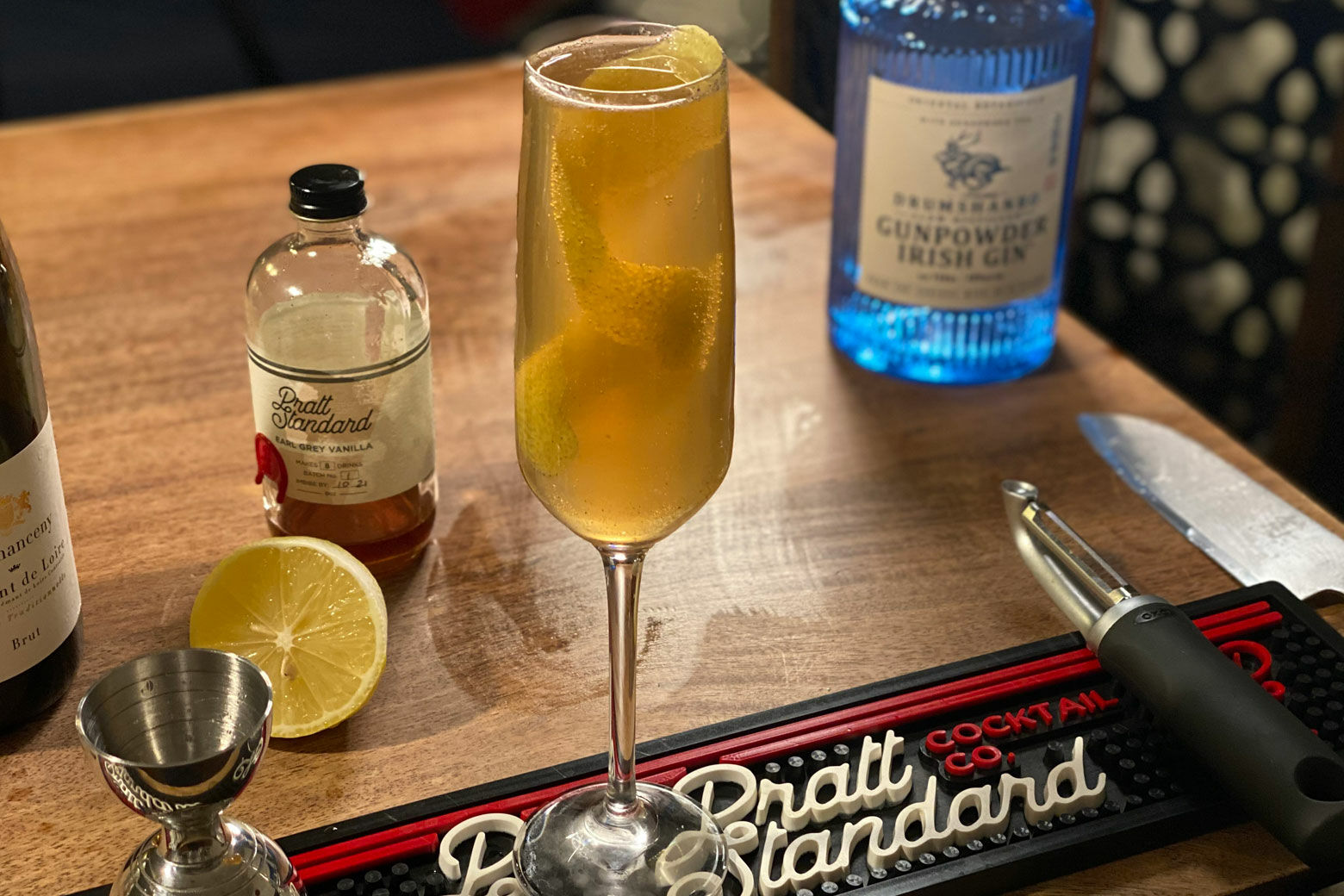 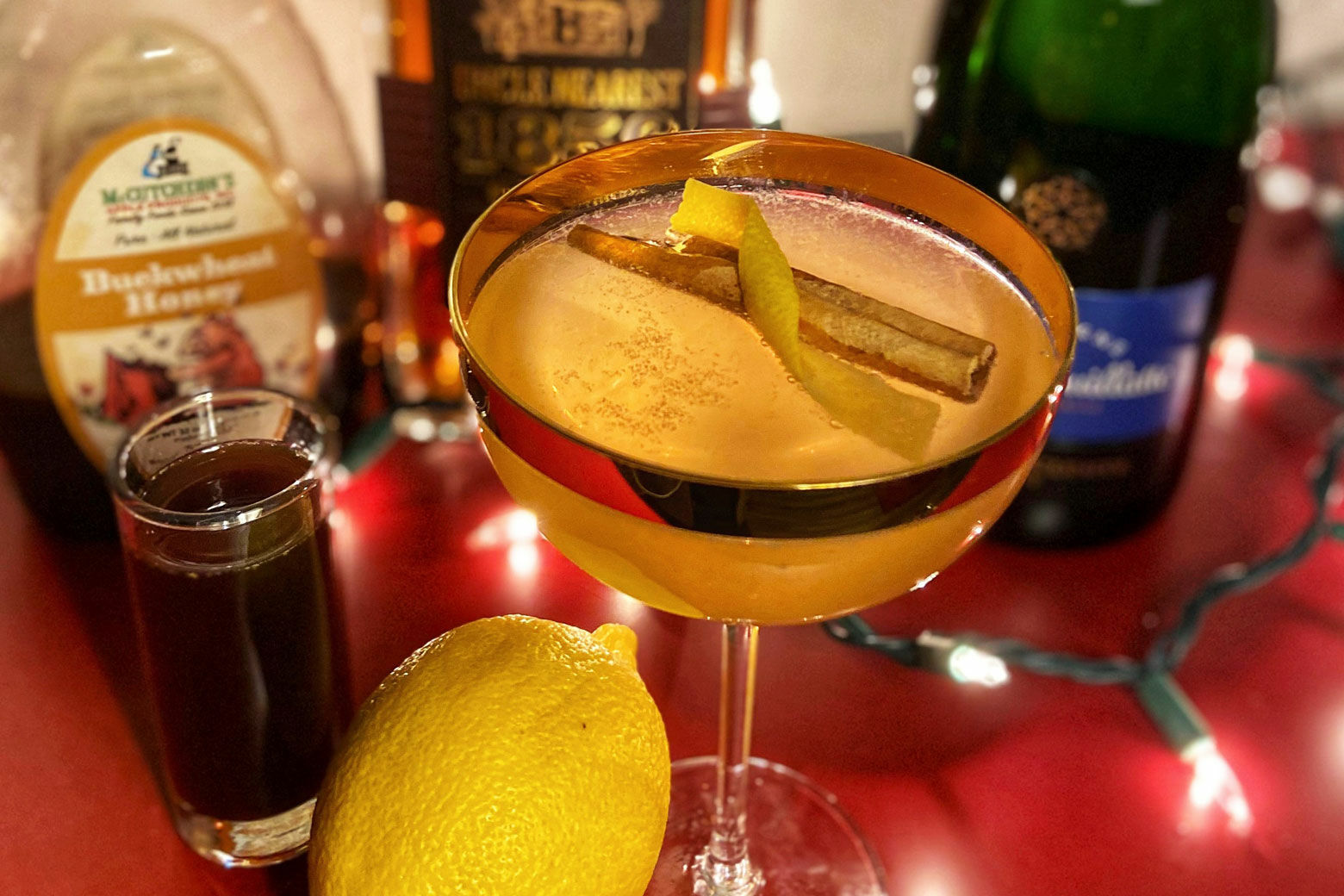 3/5
A Goldrush adds honey or cinnamon to the whiskey sour. Sparkling wine makes it a French Goldrush. (Courtesy Tracie Franklin)

Tracie Franklin, a former whiskey ambassador who is studying to be a master distiller, loves a whiskey sour because it’s so versatile, she said. It’s good for New Year’s Eve because a home bartender can handle the basic preparation, but it can be made festive with an infused syrup.

“When you’re making a whiskey sour, do you want to have a bourbon or a rye?,” she asked. “Do you want it to be an overproof? Then you get to choose which citrus. I went with lemon. We come to our sweetener. That’s where we can really get creative because making a simple syrup and infusing those is so easy.”

If you’re making a goldrush, bump up the volume of your ingredients. If you’re going to top it with sparkling wine, decrease the goldrush components and top with wine before serving. See the variations in the slide below. 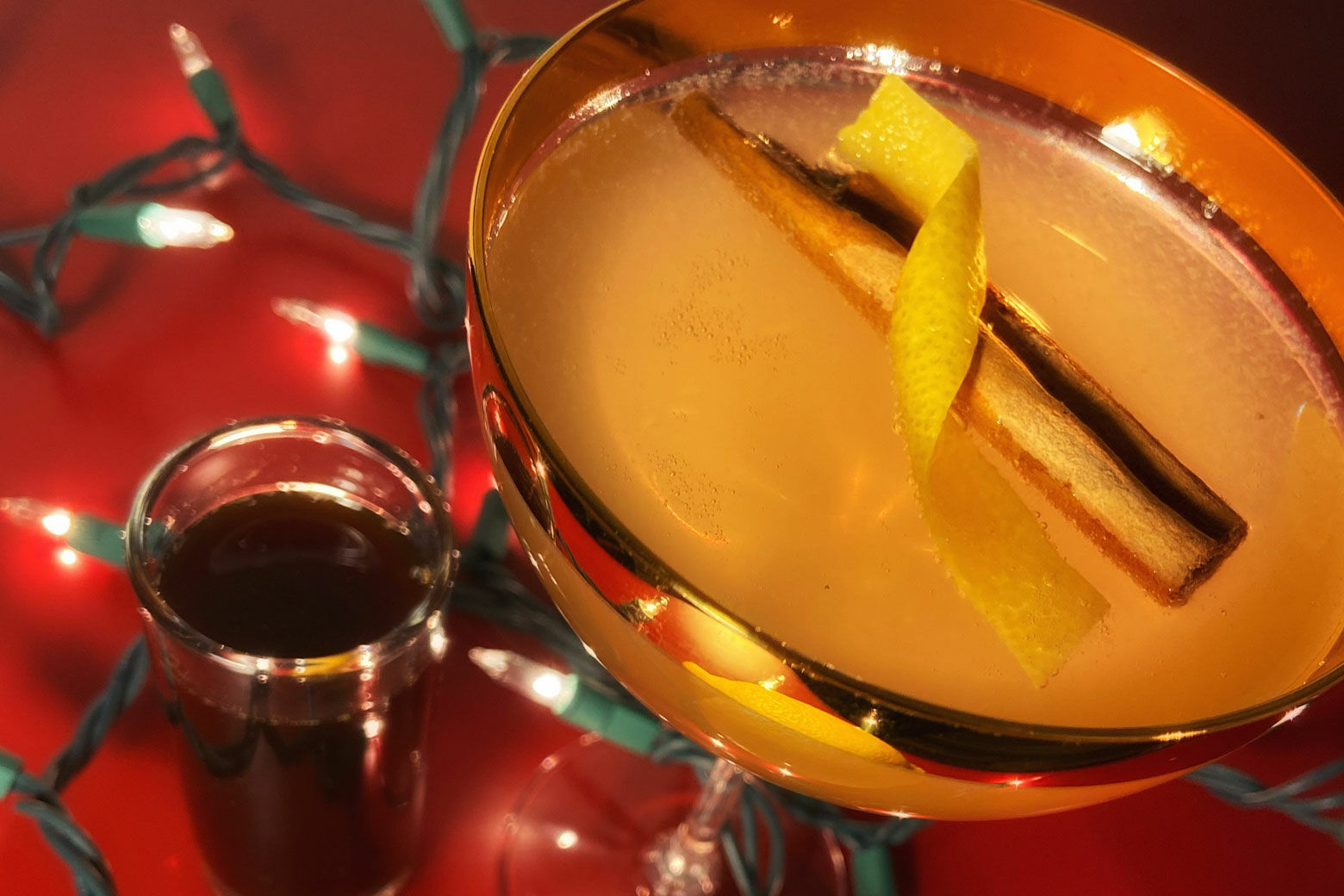 4/5
The cinnamon simple syrup and whiskey adds a little spice to the French 75, making it a French Goldrush.

Add two cinnamon sticks to a cup of water and bring to a boil. (Be sure to have enough water, per Tory Pratt’s advice above, that you still have a cup at the end of the boil.)

Add one cup of sugar and stir until dissolved.

Allow the mixture to cool, then strain into an airtight container. The syrup can be stored in the fridge for a month.

Heat in a saucepan until the honey is dissolved. Allow the mixture to cool. It can be stored in the fridge for a month. 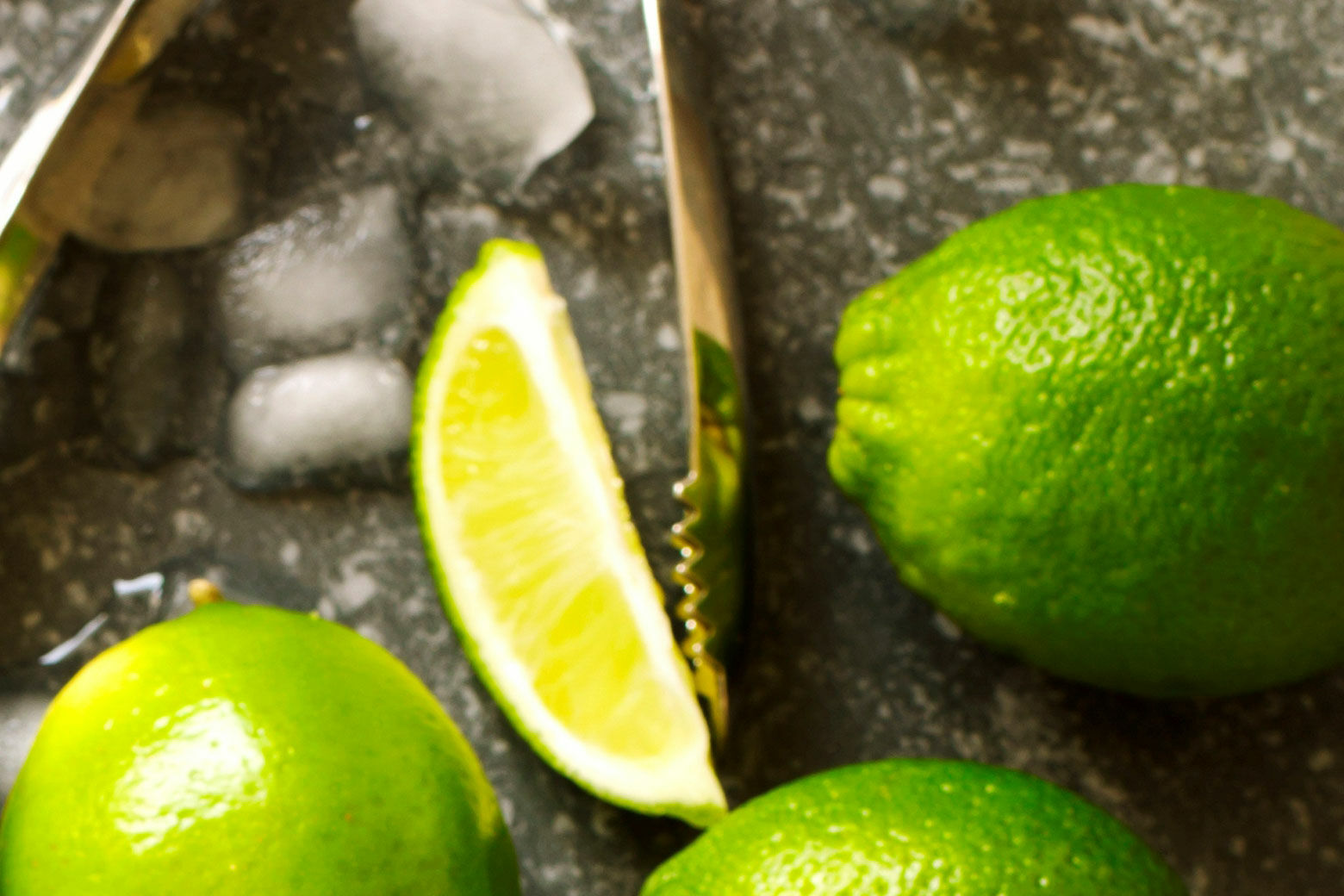 “Miss Congeniality, it really is an enjoyable cocktail,” Mills said. “You can replace the base spirit and it still works wonderful. It’s typically made with gin as its base spirit, but it can be done with any white or clear liquor: vodka, gin or tequila.”

Combine an equal amount of sugar, lime juice and water in a sauce pan. Add lime peels and bring to a boil. Reduce heat for five minutes or until sugar is dissolved. Strain out lime peels and let chill.